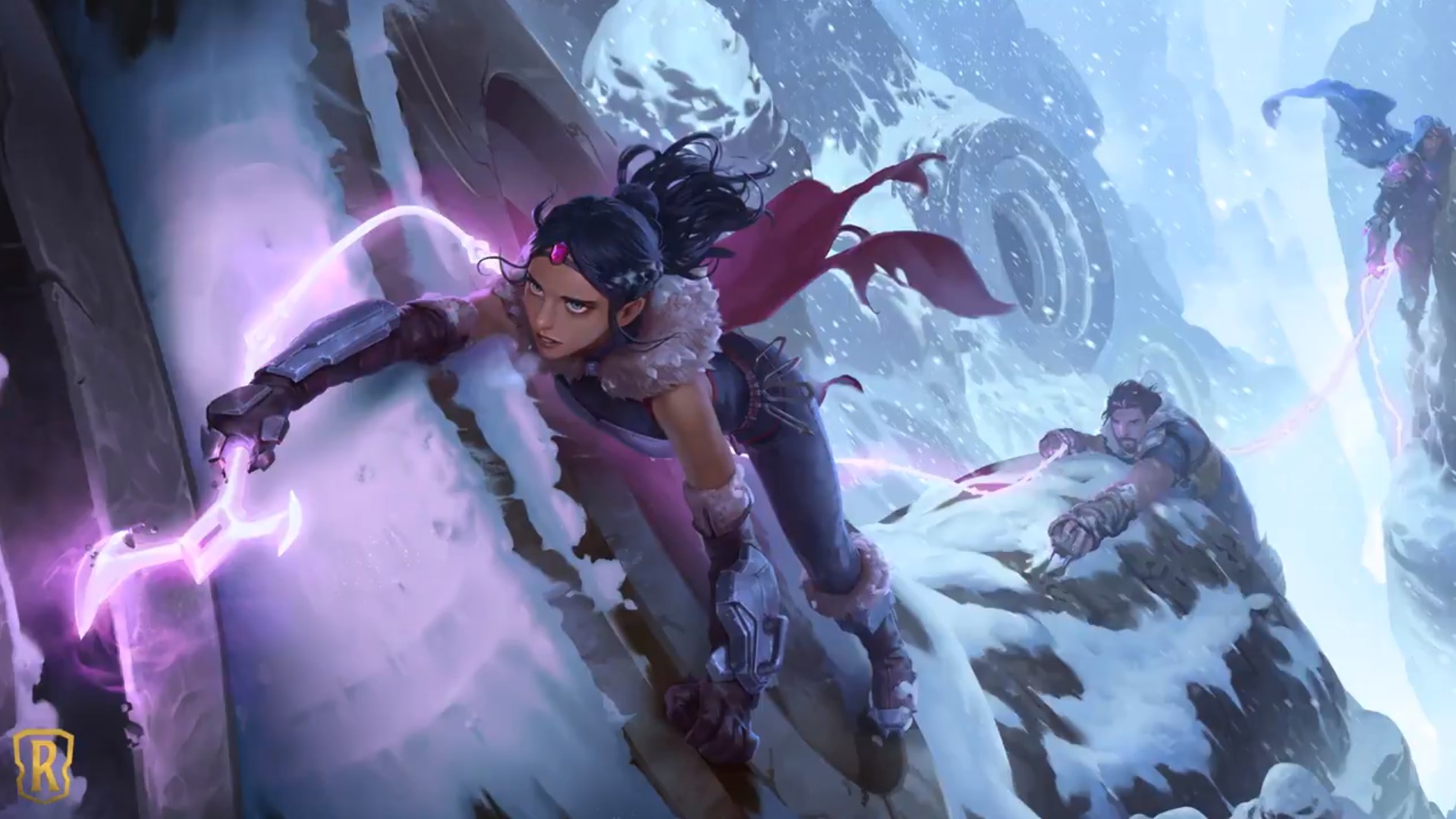 The card reveals for the new Call of the Mountain set has officially begun!

The new set will be bringing a brand new region, Targon, and will be split into three separate expansions (check out the Riot post to learn more).

We’ve got one of our resident Master players, Prohibit, who hit the top 10 in NA, here to give you his thoughts on this package of revealed cards:

We also recommend checking out Swim’s impressions of the new cards!

Note that these opinions within this article are subject to change based on the rest of the set so come back later for our full analysis. Riot is bringing some League of Legends flavor with its newest mechanic, Spellshield. Similar to a Banshee’s Veil, the effect nullifies the next enemy spell or skill that would affect the unit that is spellshielded.

Overall, Spellshield is an interesting concept – since Targon appears to be heavily board and unit focused so far, this mechanic is perfect for keeping key units alive.

It synergizes pretty well with Demacia who have really strong units and commit to the board, giving them a way to drop more expensive game-changing units while having a way to counter things like Will of Ionia or Vengeance.

An obvious archetype that comes to mind would be a Demacia + Targon deck centered around buffing units like Fiora. In terms of its effect on the overall health of the game, response cards aren’t bad in general but we’ll have to see how many units the keyword will be printed on.

If it’s really good on units things may become problematic as you’ll need more answers like Challenger units and good blockers. However, it does offer more counterplay than Elusive and Deny. Bastion is the first revealed card that involves Spellshield.

It won’t work against Burst speed interaction like Frostbite but it will be amazing against Ezreal focus decks that need to target enemy units, usually with removal.

Depending on the rest of the Targon package, it could be used as a way to defend combo pieces similar to Ionia with Deny. Tyari the Traveler is disappointing at a 2/2 stat line but it does have the upside of granting a permanent buff rather than a temporary one.

In comparison, War Chefs are the most ubiquitous support units because it can attack on turn 2 without worrying about getting traded on.

A card like Tyari will have a bit more deck building cost (Challenger units and combat tricks) if you want to get multiple swings out of her. Mountain Sojourners is an expensive Support unit as a 5-mana 2|5.

Luckily it has a high health pool making it extremely likely it will live to see an attack.

The downside is that this card only provides stats going into turns 5 and 6.

It will give you board presence but putting a relatively expensive aggressive card in your deck doesn’t seem promising if it doesn’t help you get past chump blockers in any meaningful way.

Arbiter of the Peak If there are enough tools to provide a strong proactive early game while reducing this card’s, I can see multiple being played out for cheap on turn 6 to try to push for lethal otherwise I don’t see this having high impact.