We’ve been building up to a full new card release and today’s reveals want us to know that even when there are scraps you can compile some pretty cool gizmos.

I’m Jordan “WhatAmI” Abronson and today I’ve got the down-low on the Mecha-Yordles.

Here are the card’s from Day 6 of Magic Misadventures Reveals: 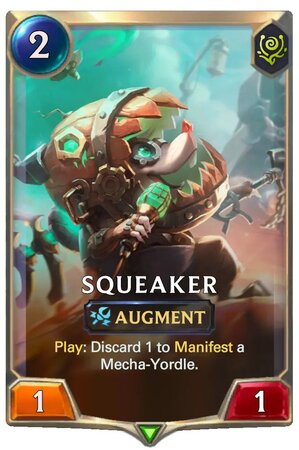 This little friend reminds me an awful lot of one of my favorite cards in Spacey Sketcher. That said the difference between one and two mana is an awful lot. The question is whether it is a difference that Augment can make up for.

I want to tentatively say yes, as trading up and potentially even fearsome blocking is very possible, but this is going to take some serious testing.

Taking your turn two effectively off is seriously tempo-negative and can get you in trouble with more aggressive decks. 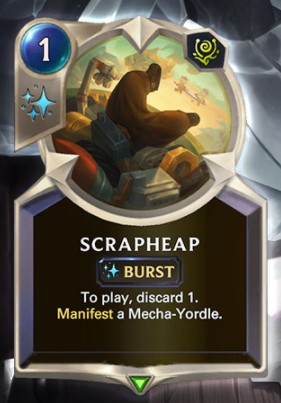 I’m a bit more luke-warm on this one as it kind of comes off as bad rummage. However, I think whether this is a solid play or not will end up depending on what kind of discard synergies you can get in the Mecha-Yorlde archetype.

If we’ve got room for that discard to be either not a real cost or straight-up good for us then I could definitely see this as an addition.

If we are dropping real cards though we are never going to play this over Squeaker. 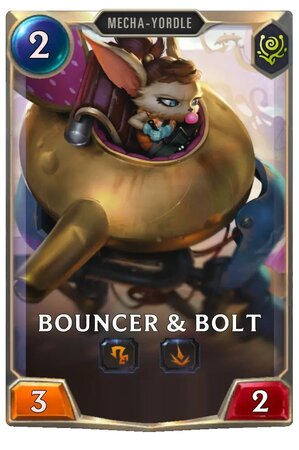 The important thing to note is that all of the rest of the cards we discuss today are not main-deckable. You’ll have to get them off Mecha-Yordle generators.

That said, this is basically a solid early removal spell that pings your opponent at the same time. Going to be a good default pick for this archetype, four stars. 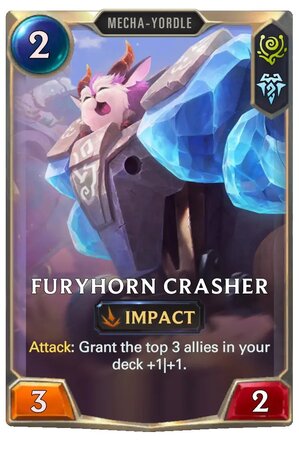 You’re going to feel absolutely awful when this gets hit by a Mystic Shot. However, any time it dodges removal this card is fire.

It demands an instant trade and gets some pretty real value even as it does, let alone the craziness that will happen if we see two attacks go off. Another solid pick 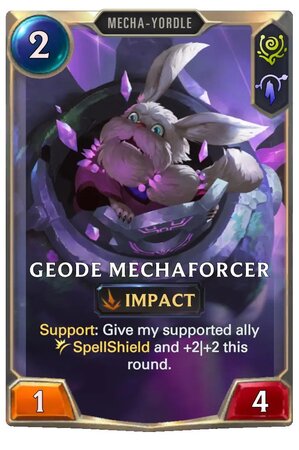 This one is a bit awkward as Spellshield on Support only means your opponent will almost always have time to respond.

That said, it’s a four-toughness body for two mana, so responding may be difficult. I don’t think this will be the pick all that often, but it will set up some pretty insane open attacks when it is. 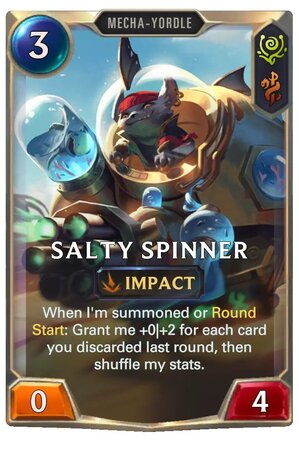 Roulette bot part two does not seem like it is likely to do any better than it’s slightly more robotic counterpart.

This is a cool concept but moves too slow and gets chumped too easy. I think this is going to be a miss most times. 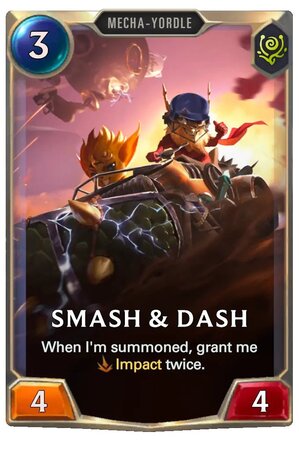 This card is going to be an absolute beating against control decks. Hard to answer, shows up early, and applies a truly ridiculous amount of pressure.

I haven’t played against it once yet, and it’s a bit situational, but this yordle scares me. 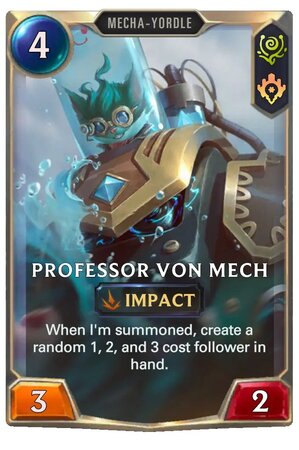 I think going tempo-negative when you already had to go tempo negative to receive the Mecha-Yordle in the first place is generally going to be a poor choice.

That said, if you’re low and need the refill, you’ll be happy to be able to spam the board again in true Bandle City fashion. 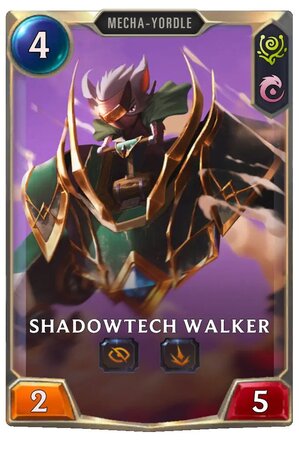 This mech is a nasty piece of work. Shuts down enemy elusive attacks hard and cracks back for one to three a turn.

It’s a big mana commitment but will just turn certain board states on their heads. Love to see it in the pool. 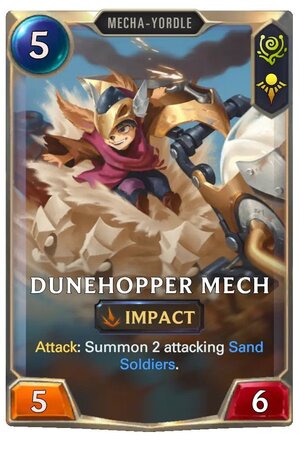 This is another impressively stated body that at its mana point in the game will create an awful lot of pressure all by itself.

Mecha-Yordles is looking to have some quite effective tools as an aggressive midrange archetype. 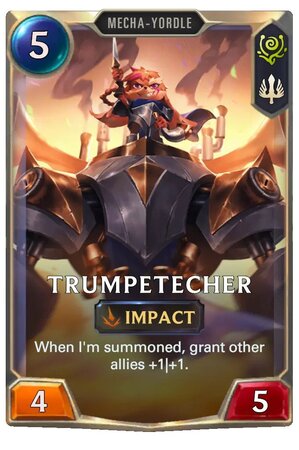 This one is going to be quite situational. That said if you have a large board then this is a pick that can cause some pretty huge tempo swings.

I think the potential of this card is almost scarier than its actuality, forcing your opponent to constantly trade down simply because you could have it is a good place to be. 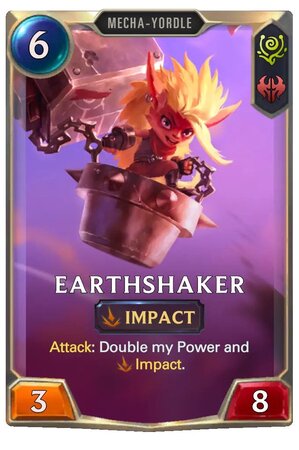 So on one hand, this card can get chumped down all day without much issue so the power double isn’t really all that impressive after the first boost to get it to six so it trades well.

On the other, if this gets off even a second attack it will have dealt six points of direct damage.

After that, it really is just ending games on the spot. This feels like the curve topper of this archetype and while it is a tad slow, it will definitely get the job done.

Even better if you have a Rally to help it out. 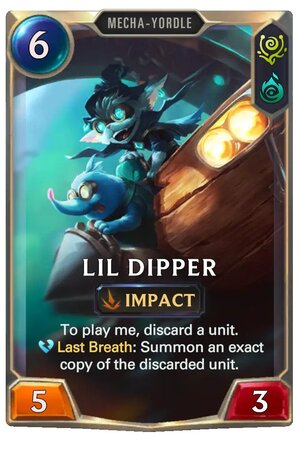 Wow. We’re going to have to figure out whether this is meme or dream territory but getting ten drops into play on turn six or seven is no joke.

Cithria, Lady of clouds, and Atakhan will have a few choice words for your opponent.

This one is definitely a combo enabler, but only getting three looks at it over eleven targets may make consistency an issue.

Still, this is the kind of thing I am always interested in and you know I’m going to be giving it a try. 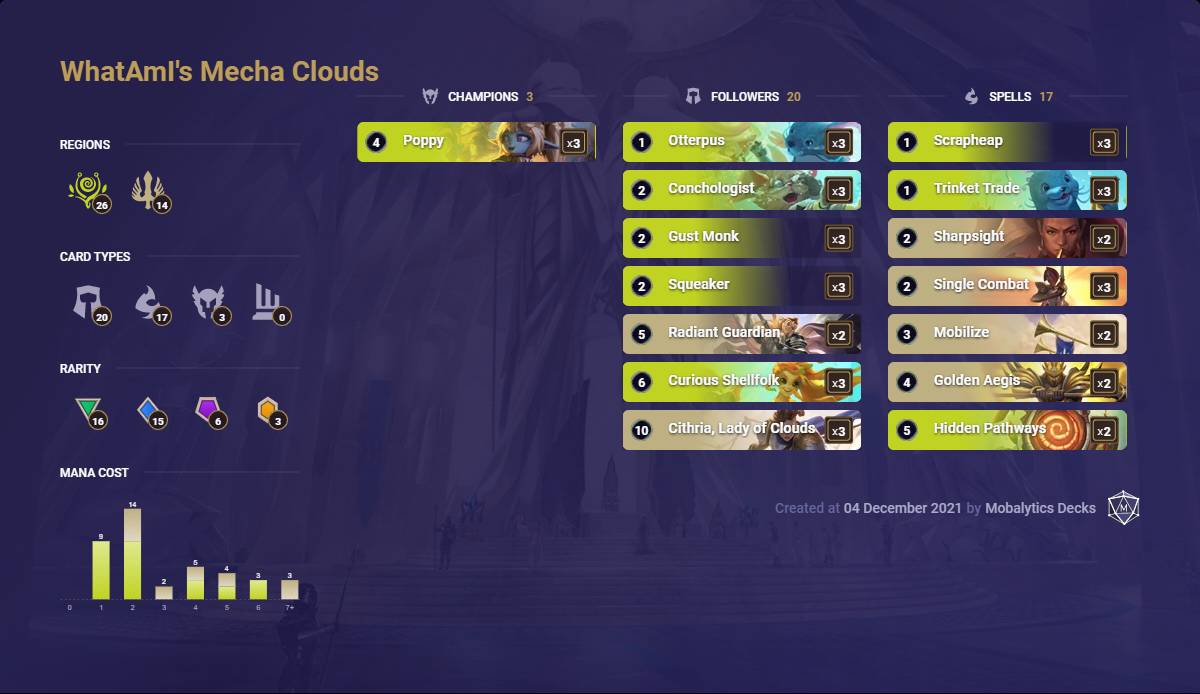 Sometimes you just have to ask “How many different broken things can I get into the same deck?”.

We can win the game in the mid game with poppy, slightly later with Shellfolk or Radiant Guardian cleanup, or simply slam big Cithria to absolutely destroy entire fields.

This deck can get her into play as early as turn five or six with the help of the new Mecha-Yordles, or just stall out and have come in on schedule at nine or ten as the true game-ender.

I have no idea if this exact list is sufficiently consistent to be competitively viable, but mark my words there is something here.