Lab Of Legends Guide: How to Choose Your Passive Powers for Each Champion

How to Choose Your Passive Powers for Each Champion

Lab of Legends has been a fun, new way to play Legends of Runeterra.

In this lab, we have the option of 8 champions to choose from with their own starting deck.

During the lab, you pick Passive Powers, Items for units, as well as drafting new units to join your team.

There are so many choices to be made, so in this guide, we will be going over Passive Powers for each champion including a priority list for the common hero powers when they don’t fit your champion.

If you don’t remember what all the Passive Powers are, just check out handy list at the bottom of the article. 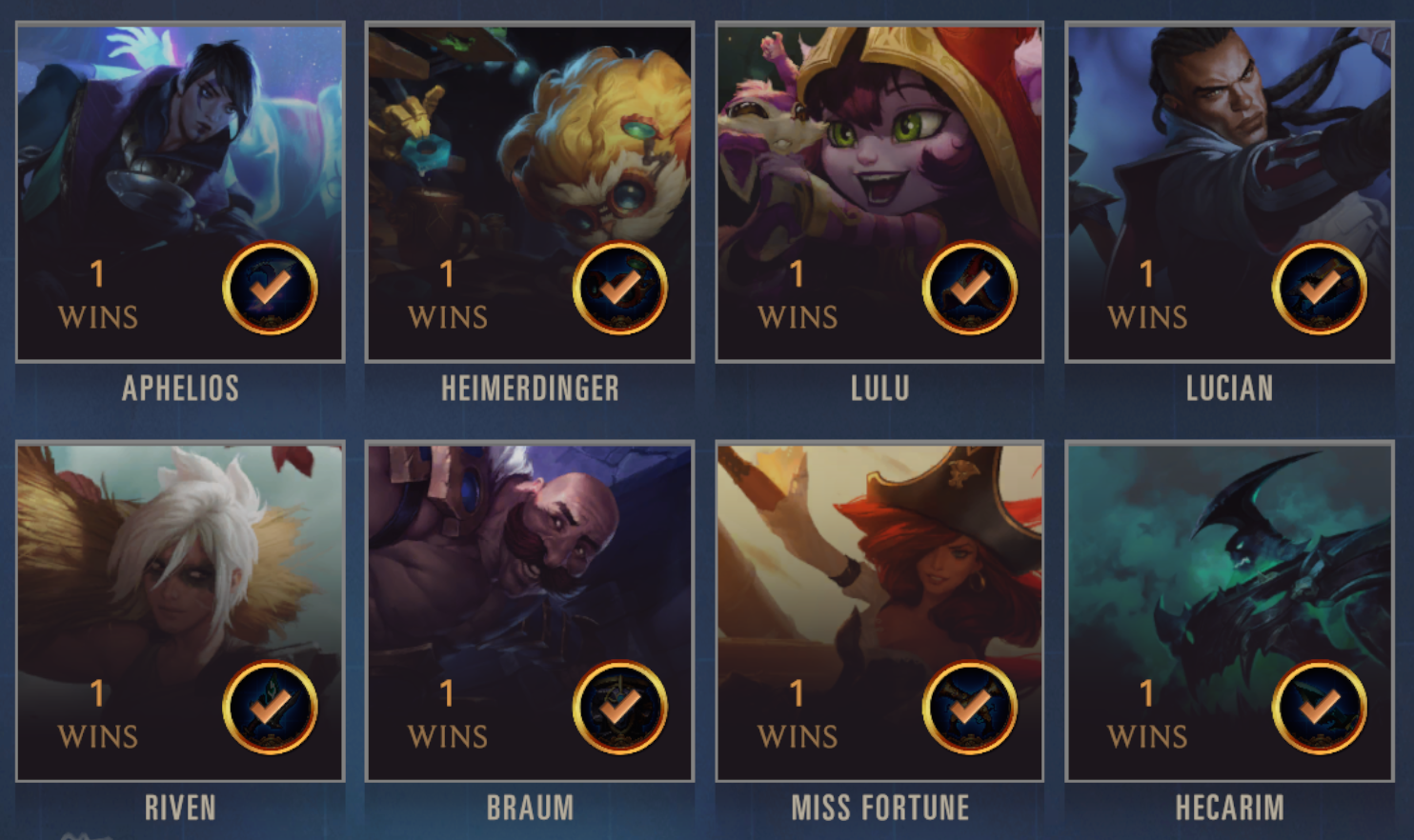 There is also an additional list that goes over Passive Power Synergies that can go together even if they don’t fit your champion.

You will have three passive powers each run, so it is important to understand which powers will benefit your champion and deck the most. 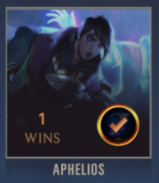 When looking for a passive power with the Aphelios, the best thing to do is to look for cost reduction for his weapons.

This is why Spellslinger and Wild Inspiration are top tier picks for Aphelios.

These both reduce the cost of weapons that can make cycling through them and creating value so much easier with him.

He can easily sustain or close out games with his weapons Inferum and Severum.

Another strong choice and my personal favorite is Can’t Stop, Won’t Stop which has the same effect as the card Out of The Way.

This allows for each of your weapons to be permanent effects during your run!

In this game mode, Heal is premium so being able to give your units permanent Heal during a game to sustain yourself is huge.

You will want to avoid Out of the Gates as Shadestalker will not activate Nightfall and get Elusive.

However, if you have an item that changes the cost of Shadestalker, then Out of the Gates is a fine choice as well.

You also will want to avoid Empty Mind as your hand will likely not be empty very often especially with Aphelios. 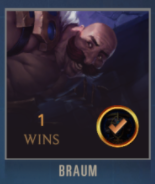 The best Passive Power with Braum is by far Grit.

Grit is a rare passive power that reads: “Allies have Attack: Raise my Power to match my Health” which allows Braum to become a 5|5 rather than a 0|5.

It is so good on him that it is probably worth rerolling Passive Powers to find this one for him.

Unfortunately for Braum, not many other Passive Powers have direct synergy with him.

You can take the stronger hero powers based on rarity and avoid taking powers which aim to increase your spell mana. 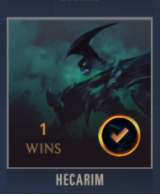 Hearim has a lot of synergies, but nothing beats Nature’s Revenge with him!

The base deck has Shark Chariot in it which is summoned whenever an Ephemeral unit attacks.

This means that you are creating an extra 3|1 attacker each time you have an attack token as well as level Up Hecarim even faster!

Domination is a solid choice especially with Nature’s Revenge due to being able to consistently have saplings ready to block or attack in any deck, but it is even more valuable in Hecarim decks with Shark Chariot.

Out of the Gates is another strong choice due to being able to summon a strong 2 drop such as Archanoid Horror but it can also act as a way of producing an early Shark Chariot into the graveyard that can be resummoned consistently with the access you have to Ephemeral units. 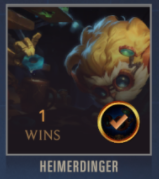 Heimerdinger is a champion that can be a bit tough in Lab of Legends.

I found that the addition of drafting Ezreal in my Heimerdinger list helped me a lot, but even without Ezreal you can certainly win as a Heimerdinger deck especially if you focus on reducing the cost of Heimerdinger.

This is also why Manaflow is one of the top choices for Heimerdinger as it allows you to play him earlier.

The other best choices are Sorcery and Spellslinger as they help you use your spells more often with Heimerdinger.

You may also want to consider Evolution for Heimer’s Turrets as well as multiple units in his base deck such as Academy Prodigy and Amateur Aeronautics have keywords which make Evolution more valuable than most decks.

The Best Defense is also a strong option as it reads: “Allies have ‘Attack: Raise my Health to Match my Power.’” which makes it so that Heimer’s Turrets can increase their health from 1 by attacking. 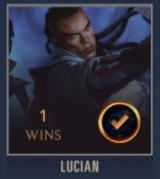 Lucian was one of my favorite runs due to his strength of being able to Rally continuously.

There is already Senna in the deck which means that leveling him Up isn’t as hard. This means that Domination can allow you to attack multiple times on your opponent’s attack turn if you have a leveled Up Lucian on the board.

It is important to note that almost every unit in the starting deck has a keyword such as Quick Attack, Challenger, or Tough.

This makes Evolution a fantastic pick for Lucian’s Passive Power.

Out of the Gates is also a strong choice as there is a decent chance that you can summon Lucian from the start and start working toward his level condition.

I personally liked Duelist as it is strong with Lucian and Senna’s Quick Attack which meant favorable trades in the early game which saved me a lot of health.

You will want to avoid Yipp’s Genius (unless you have Lil Buddies) as this deck doesn’t naturally have any 1 drops.

This can change depending on your run if you draft cards such as Haunted Relic. 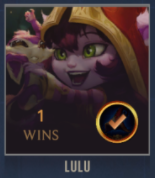 Lulu is considered to be one of the harder champions to win with, so it is important to make sure that you can at least start off with a strong Passive Power.

Domination is strong as it allows you to get in extra damage with your Elusive units as well as allows Lulu to buff things on your off turn.

Can’t Stop; Won’t Stop is absolutely phenomenal in this as the buffs that Lulu gives allied units is now grant which lets them stay.

This also goes for many other card effects such as Young Witch now grants a card +1 attack and Quick Attack as well as Pix now grants cards +2|+1.

Manaflow allows for you to get to your stronger Lulu and Elusive turns quicker.

Evolution is also a strong choice as you have plenty of Elusive units that benefit from Evolution. It is also a lot of fun! 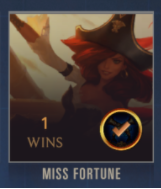 Miss Fortune’s level Up relies off of her seeing attacks which makes Domination easily the biggest pick for her with Nature’s Revenge being a close second.

Nature’s revenge synergizes well with Miss Fortune as the Challenger can deal 3 damage to a unit with the help of Miss Fortune’s Love Tap skill when she sees a unit attack.

It can also activate Plunder on turn one for Jagged Butcher.

This also means that with Island Navigator you can use Scout to summon even more Saplings! It is a blast! 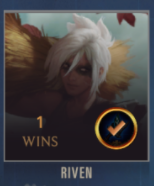 Domination is perfect for Riven as she Reforges each time that you gain the attack token.

This means that she Reforges every turn rather than just her attack turns.

When Riven Reforges, she is creating new spells which makes Spellslinger and Wiild Inspiration ideal choices for her.

Similar to how Aphelios gets his weapon costs reduced by them.

Share the Bounty is also a strong option for Riven as you are constantly giving units attack, Quick Attack, and Overwhelm through her reforging abilities.

It is important to use the fragments on other units besides Riven assuming that you will put the full blade on Riven which is permanent even without Can’t Stop; Won’t Stop.

It is important to note that if you are using Share the Bounty, then you will want to avoid getting Nature’s Revenge or Lil Buddies as they will eat your buffs.

It isn’t the end of the world if you have them, but something to consider!

If you aren’t feeling confident or need some extra health, then Immortality is a good option as well.

Lab of Legends has been incredible, and I have loved playing through each champion.

I have also loved that they made collectible icons for each champion for winning against the final boss, Viktor each run.

If you are having a hard time with the lab, then I encourage you to keep trying and don’t be afraid to reroll your first Passive Power as it can make a huge difference in the strength of your run!

If you haven’t tried Lab of Legends yet, I hope you check it out as it is a treat to play!