Welcome back for part two of the Strengths and Weaknesses series.

I’m your host Jordan “WhatAmI” Abronson and today we’re going to be continuing with the region that always seems to be either completely broken or getting the short end of the stick.

Maybe if they learned to play fair they could hang out in the middle sometime but that’s just never been Ionia’s style.

Ionia has been through some of the highest-highs and lowest-lows.

Of all the regions, this one seems to swing around the most.

From Karma or Lee Sin absolutely dominating entire metagames, to being told to sit in the corner and let Shen come out occasionally to help Fiora, they’ve seen it all.

Let’s look at the how and why of Ionian ingenuity.

From the beginning, Ionia has been the region of interaction.

With headliners like Deny and Will of Ionia now backed up by Nopeify! and Homecoming, you can bet that an Ionian player is going to be able to have something to say about pretty much anything their opponent wants to do. 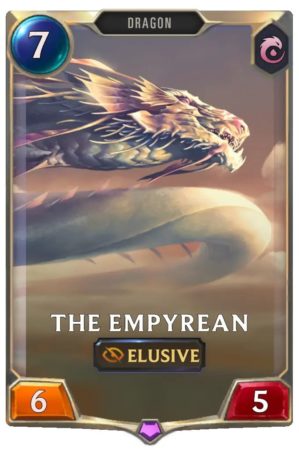 From Shadow Assassin to Greenglade Duo all the way up the curve to Empyrean and Windfarer Hatchling, Ionia is brimming with ways to ignore your opponent’s futile efforts to force your creatures into fair fights. 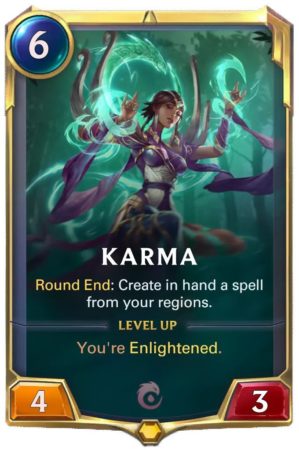 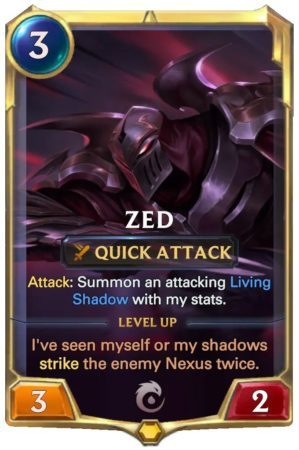 Speaking of “fair” that’s the thing that Ionia is really just not into.

Headed up by Lee and Karma, but with Zed definitely not to be forgotten about, Ionia has spawned a plethora of “Oops you’re dead,” archetypes and I don’t see them stopping any time soon.

The region that brought you Health Potion quickly made it irrelevant as Eye of the Dragon, Tasty Fae Folk, Spirit’s Refuge, and even Kinkou Lifeblade stepped up to the plate to make sure your Nexus remains healthy while you deal with whatever nonsense your opponent has arrayed against you.

Ionia is good at a lot of things but matching people on the board just isn’t one of them.

When you look at the stat spread of pretty much all of your units across the board it pales in comparison to the straight numbers of basically every other region.

While you can delay almost anything, actually answering creature-based threats is just not really Ionia’s wheelhouse.

Bounce it, stop its effect, survive whatever terror might be coming? Sure.

But stop it from hitting you in the face turn after turn? Might need to ask someone else.

I’m sorry Yasuo, I love you buddy, but every time we try to make it work I end up being let down.

Between the inconsistency of drawing the card that turns the deck on and the general card disadvantage inherent in the system, the only stun card that really gets to see play is Concussive Palm, and even that one has been on the decline recently.

While the occasional small unit does exist, Ionia has a real problem dealing with multiple threats.

Sometimes you can ignore one or two and try to end the game first, but if your opponent swarms the board, you are going to be left desperately hoping the other region in your deck can bail you out.

Ionia does quite a few things, but it’s never really willing to do any of them simply.

Want to ignore or counter everything your opponent is doing and assemble a three-ring circus to win the game?

Ionia’s got your back, there’ll just be six flaming hoops to jump through and a few riddles to solve on the way.