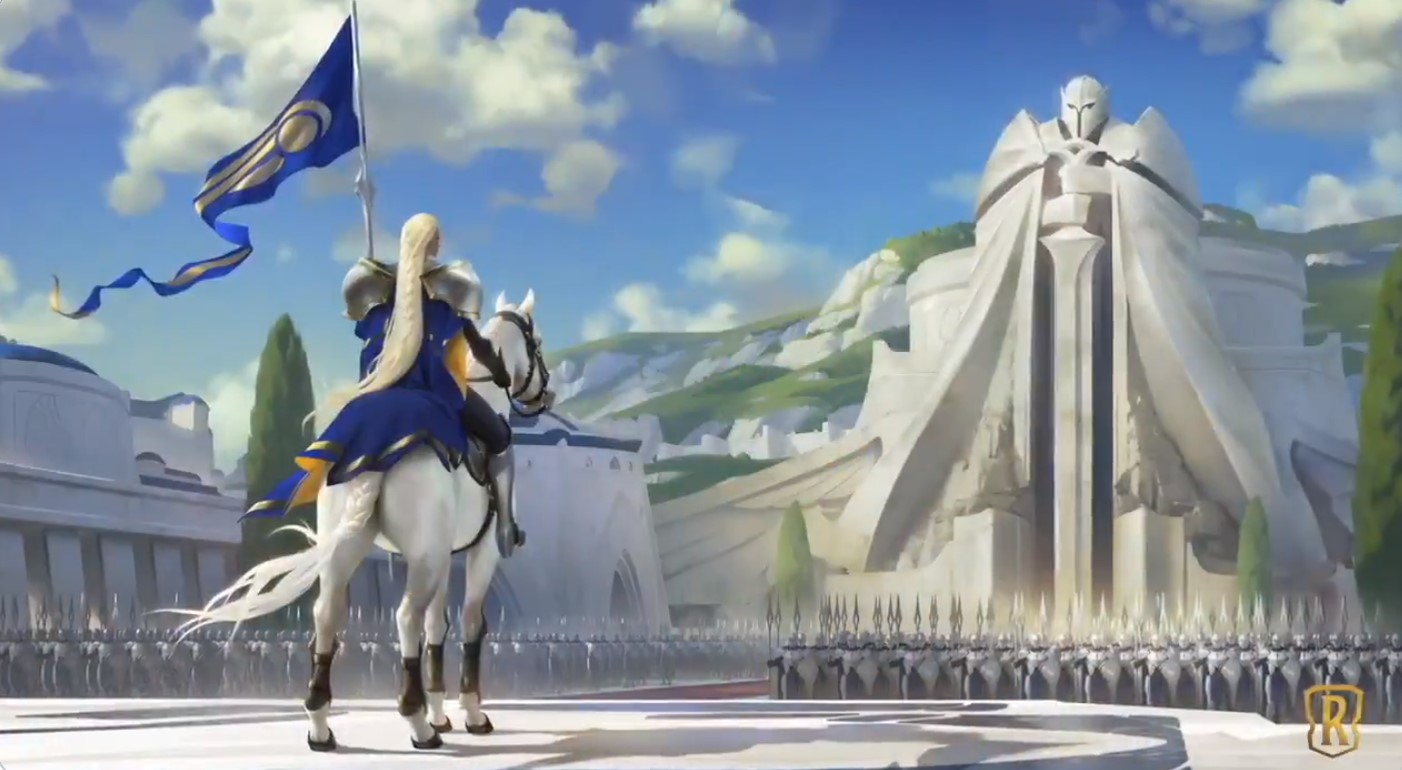 New Landmarks for Demacia and Targon

Hey everyone, Precipic and Kuvira here to break down all the latest cards from today’s Cosmic Creation reveals.

Similar to the previous reveal, today’s package had a wide variety of different cards.

We’re bound to get a new champion soon, so stay tuned for either Riven or Zoe coming up next!

Here are the new Targon, Demacia, and Shadow Isles cards from today’s reveals:

To see even more analysis from our experts, be sure to check out Swim’s video! 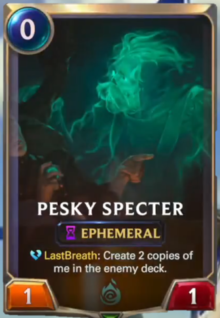 This card is pretty funny. The ability to fill the opponent’s deck with random garbage is at the very least novel.

However, the fact that this doesn’t do anything super impactful in terms of impacting the board likely means that this card isn’t great.

The only home that’s possible for it is a deck that desperately wants 0 mana units like a Shadow Isles combo deck that kills its own units. 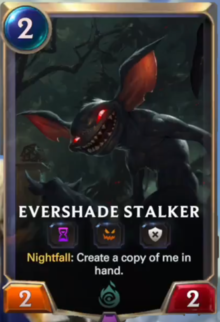 This card seems quite slow. It’s comparable to a card that we have in the game already that barely sees any play in Silent Shadowseer.

Both of these cards have the issue where they aren’t super worth pumping mana into a card that doesn’t stick around on board.

The only thing that’s cute with this one is that it does technically go infinite with Smooth Soloist. Therefore, if there is some sort of combo deck about playing units over and over again this maybe finds a home there. 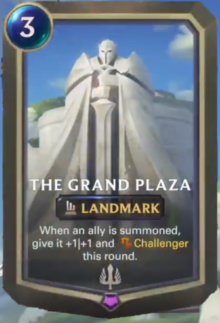 This card is a Demacia staple. It basically is insane with every unit in the game, but it’s especially nuts with cards like Radiant Guardian, Garen, Grizzled Ranger, Island Navigator, but the list just goes on.

Giving a unit +1/+1 on its first attack and challenger basically means that you will be able to pick off the opponent’s entire board with this one card. 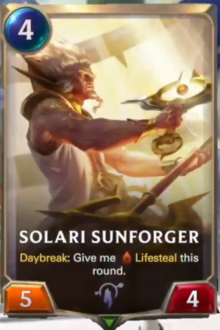 This card is a disgustingly good anti-aggro tool. If you play this at any point in the game vs an aggro deck and you get the hit off then the opponent probably loses.

5 health is a basically insane amount of healing and attached to a reasonably stated body this becomes not just good but dominant. This card also works very very well with Single Combat. It also makes Out of the Way’s ability to make buffs permanent quite a bit stronger. 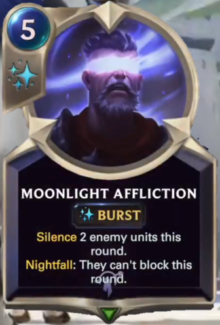 This card is incredibly scary in both Fearsome and Elusive decks. The ability at Burst speed to potentially remove 2 blockers is incredibly powerful because it can give you some insane open attacks that your opponent was not ready to deal with.

In an Elusive deck, you don’t even need to Nightfall this card. You only need to Silence their two Elusive blockers and that should be enough to kill them.

For any other deck, however, it will still be powerful but you’ll want to trigger its Nightfall to ensure that they can’t block. 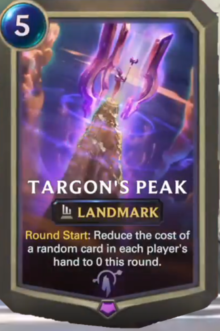 The first Targon landmark was revealed today and its effect is crazy. Every Round Start, it reduces the cost of a random card in each player’s hand to 0. This effect happens before the draw phase and can hit spells, units, and champions alike.

This effect is very unique, Legends of Runeterra is not known for being heavy on random effects but this card doesn’t follow that rule. It can be played in decks that run expensive spells or units like Feel The Rush, Tryndamere, Ruination, Aurelion Sol, Commander Ledros, Atrocity, and even landmarks like The Howling Abyss.

The targeted cards are however completely random which leads to a lack of consistency especially if it also reduces the opponent’s card to 0 cost which might help them more than it would help you.

We don’t fully know all the combos that this card enables but there might be some super cool ones out there. This card is probably too slow to be seen in any sort of competitive deck but the ability to enable powerful things to happen is pretty sick. 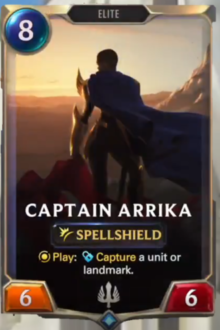 This is the new 8 cost elite unit from Demacia. It has a 6|6 stat line with the Spellshield keyword. Captain Arrika’s play effect allows you to capture a unit or landmark at Slow speed.

It’s a play effect that goes on the stack, meaning that it’s deniable or counterable with cards like Vengence + Vile Feast or Will of Ionia with a card to pop the Spellshield beforehand.

The Elite tag allows this card to get +1/+1 when Battlesmith is on the board, it also reduces Vanguard Squire’s cost and counts for “For the Fallen” to summon another Dauntless Vanguard.

The Spellshield effect allows Captain Arrika to survive The Ruination when it’s not combined with another spell to pop the Spellshield.

Note that you can still Silence Captain Arrika with your own cards like Hush to deny them getting their Capture unit back when the unit is about to die.

This new expansion has some meta defining landmarks like The Grand Plaza that would justify running Captain Arrika in some Demacia decks.