Today I’m covering our next variety reveal for Forces From Beyond! 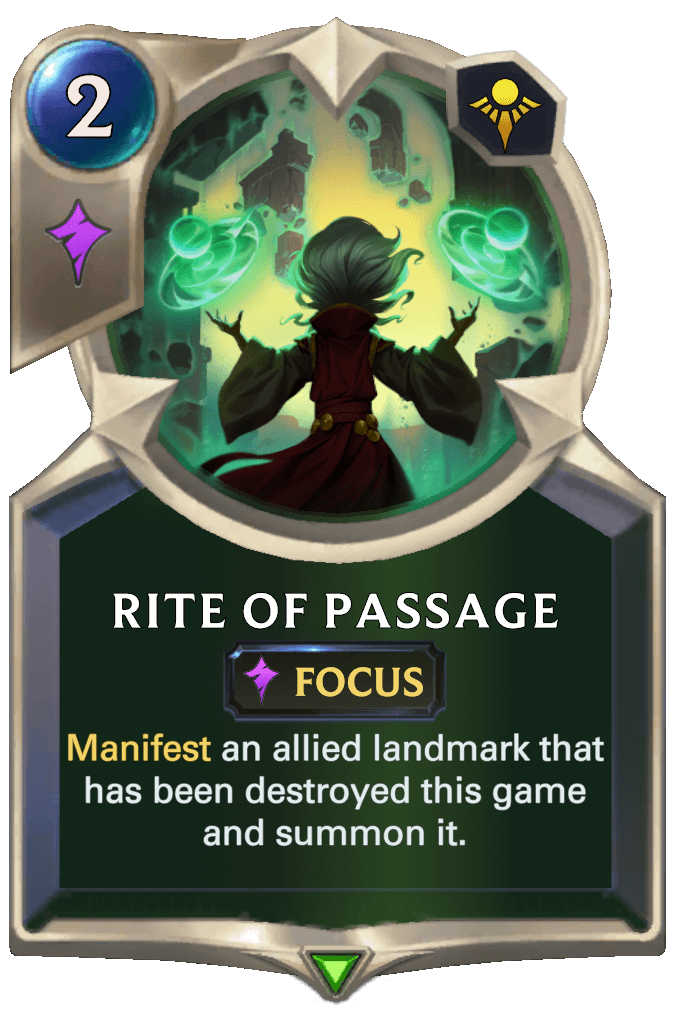 First up is a new spell that opens up some really interesting possibilities. Manifesting from the pool of allied landmarks that have been destroyed means you can often guarantee which one you find. Then to top it off, it gets summoned onto the board at no extra cost!

Let’s look at this in the context of Thralls. Two mana, summon a Blighted Ravine, or in some cases, summon a Frozen Thrall. We can even add in Preservarium to further sweeten the pool. Some lists already played Preservarium in the past, and with Rite of Passage, it would make sense to reinclude it.

How about Mono Shurima? We finally have a way to bring back the Sun Disc, without playing more than the single copy. It can also function as an excellent utility card by bringing back Roiling Sands or a Sarcophagus. One of the deck’s most important plans is hitting the 4+ landmark threshold for Xerath. Rite of Passage helps smooth out that requirement.

While this all sounds great, we do have to remember that Rite of Passage on its own doesn’t actually do anything. If we haven’t destroyed any landmarks, it’s a dead card. And depending on what we draw, it may not find the landmarks we actually need.

However, despite the small drawback, Rite of Passage can do some powerful things and is likely to be reliable enough to at least be included as a one or two-of in some decks. 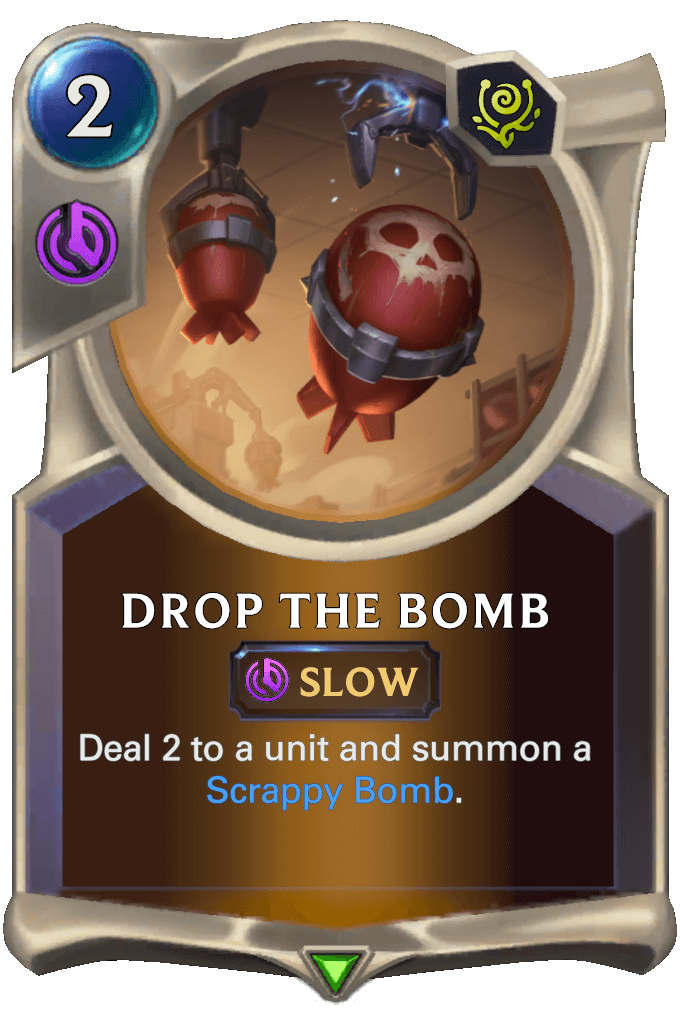 Two mana deal two has always been a solid rate in LoR, and it doesn’t come in many options. Outside of the obvious Mystic Shot, we only really have Electro Harpoon and Thermogenic Beam, both of which have their requirements.

Drop The Bomb may not come at fast speed, but dealing two for two is simply good enough already, even without the Scrappy Bomb.

This should see a fair amount of play, but will mainly depend on which region gets paired with Bandle City. Bandle Freljord would be a great home while Bandle PnZ is likely pointless.

Get used to playing around this card, because at the very least, it’ll be commonly picked off Conchologist! 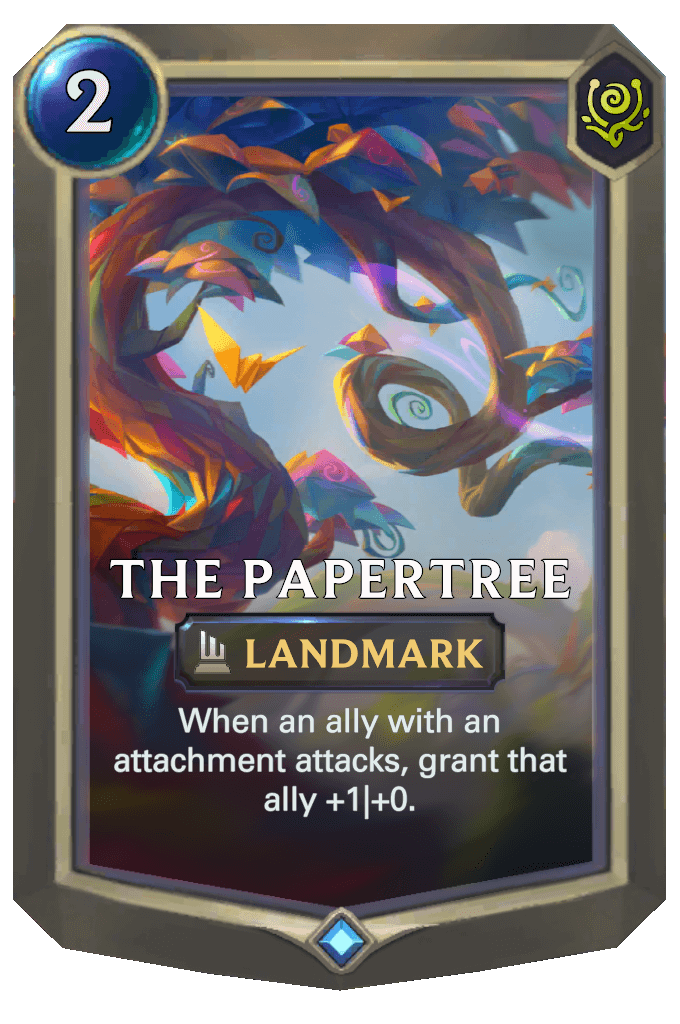 There’s a lot of hoops to jump through just to grant a bit of extra power. Not only do you have to attach a unit and attack with it, but you need to have played this landmark prior.

Sure, as a persistent effect, it is possible to swing in and grow multiple times. But if your attach unit survives multiple turns, you’ve already won the game.

If you really want to grant attack, just play Flamespitter. 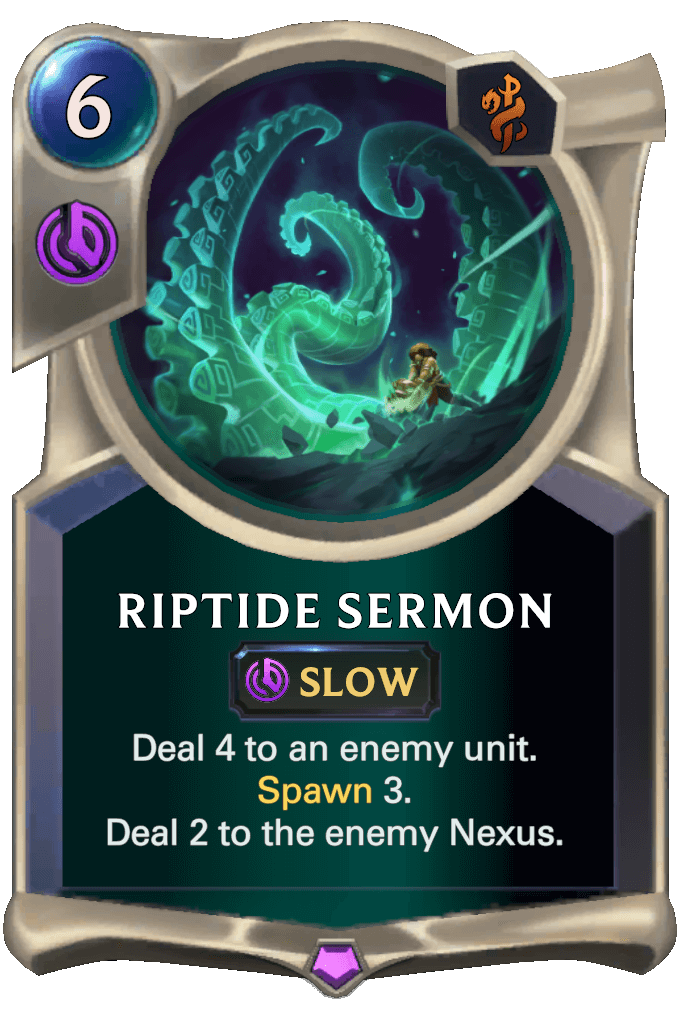 A six mana deal four is a pretty underwhelming rate normally, but being able to Spawn 3 is a real solid upside. Removing one threat off the board and summoning a blocker in one action can be super helpful. It’s sort of like an alternative Shock Blast.

I could see Riptide Sermon included as a one or two-of in some metas, even outside of Spawn decks.

Added bonus, it’s one of the few spells that could be relevantly doubled by Jayce. Probably not a likely scenario, but could be a fun one to mess around with! 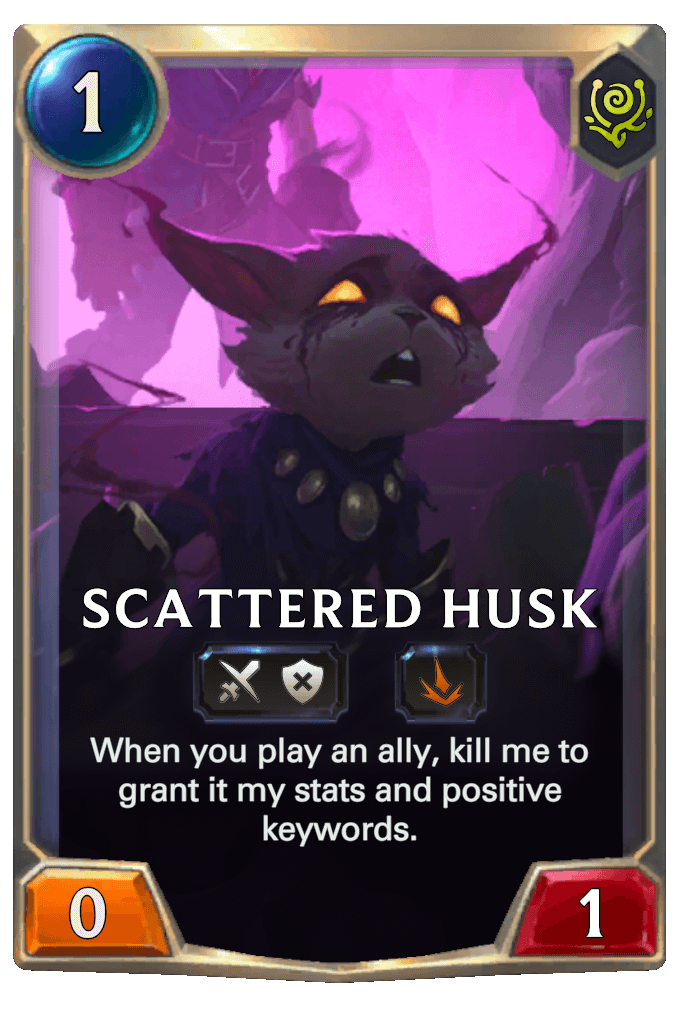 We still don’t know exactly how these Husks will function, but I imagine this one will be the least impactful.. Compared to other keywords, Impact is pretty underwhelming. Although, in the cases we need to push that last point of damage through, it is an option. 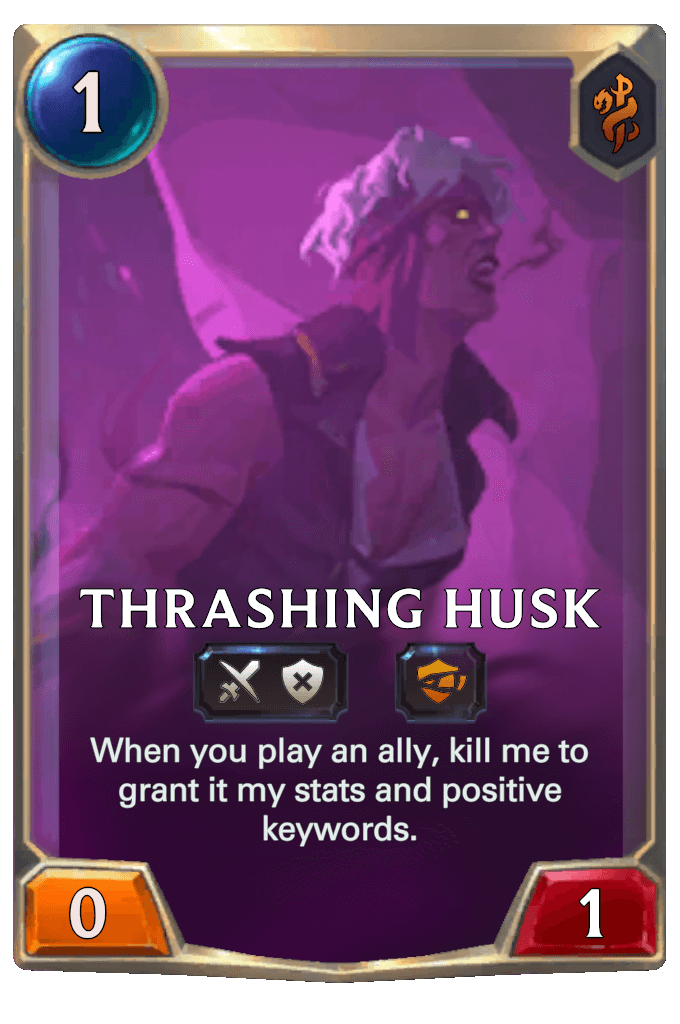 This one grants Overwhelm, so it must be good right? Haha!

We’ll have to see how it all pans out, but if I was forced to guess the best Husk, Thrashing Husk would probably make the top three! 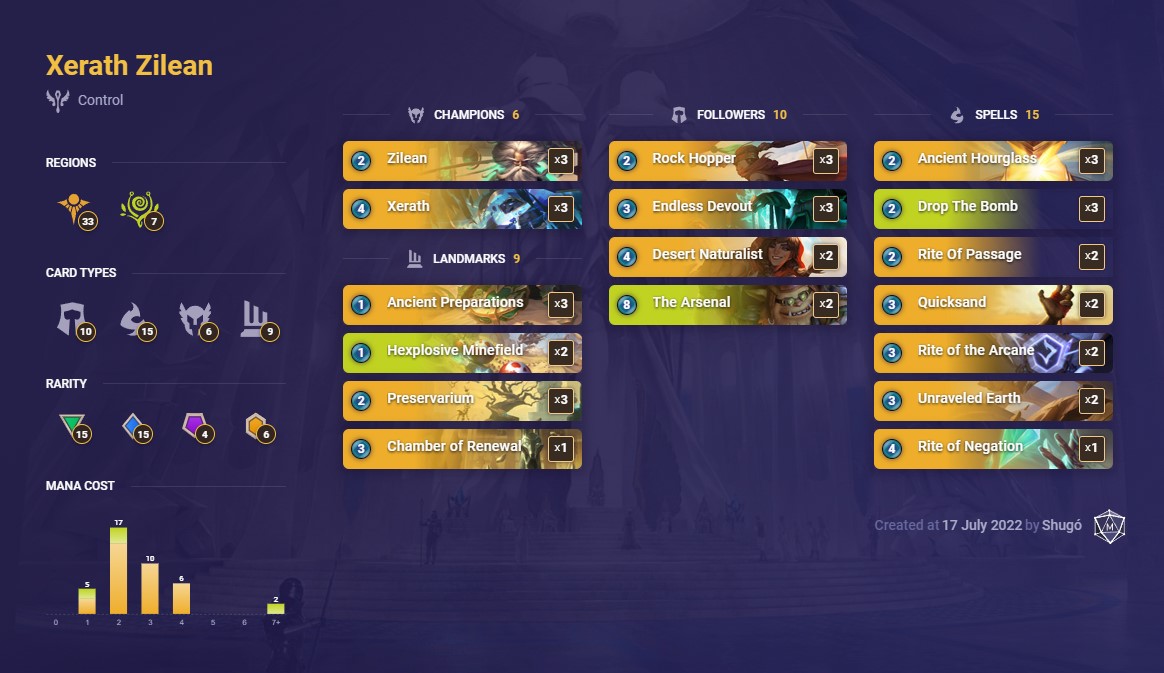 Drop The Bomb is an obvious fit into Xerath Zilean as we can make extra use of the Scrappy Bomb it summons. Giving the deck access to a deal two for two should really help smooth out its early game. One of its weaknesses is having to rely on granting Vulnerable to the right target. Or, sometimes taking a loss when casting Rite of the Arcane.

Rite of Passage gives the deck some excellent utility. If you’ve summoned an Endless Devout and destroyed its Sarcophagus, this opens up a really cool line.

You can play Rite of Passage to Manifest and summon a Sarcophagus at focus speed, then play Desert Naturalist to destroy it. That’s a 2/4, 5/4, and 5/3 Fearsome for only six mana, and only takes a single action!

What do you default to doing when you have free time?

Does your default action match what you actually want to be doing?

If not, what’s the first immediate action you can take to change that?