Everyone is waiting with baited breath for the champion reveals, but it looks like there’s at least one more variety day first.

I’m Jordan “WhatAmI” Abronson and before our show stoppers take center stage we’ve got a few more important parts of this ensemble cast to introduce. 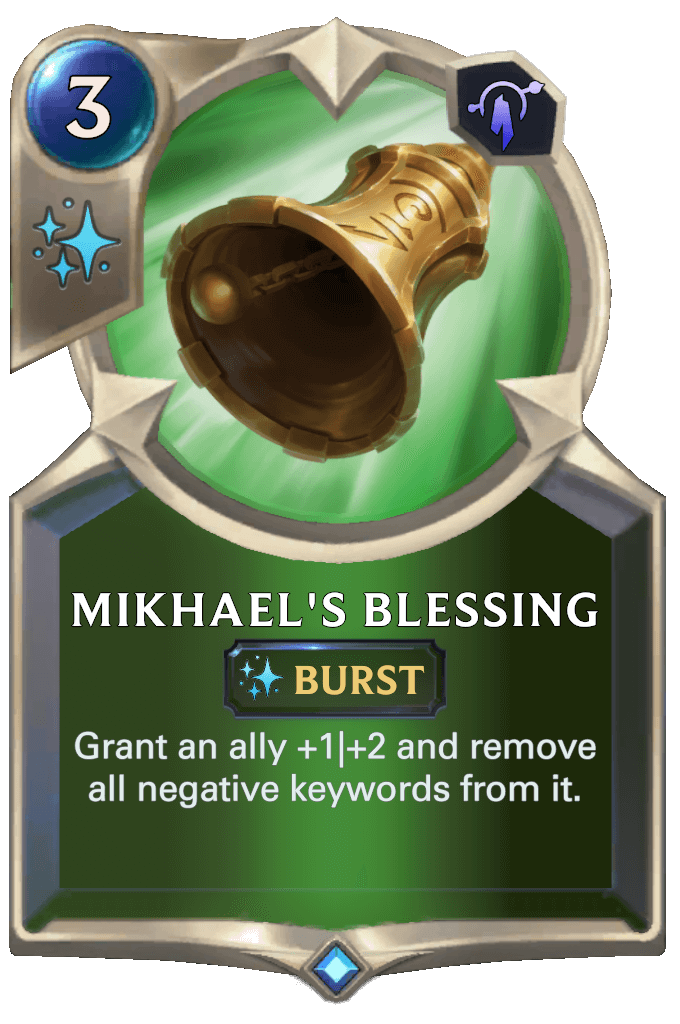 So there are definitely some cool synergies here. We can stop one of our important vulnerable units from becoming a gift for Renekton. We can de-stun something and let it swing into our unsuspecting opponent. Or, perhaps scariest, we can take Ephemeral off of a unit that should really only live for one turn.

Yeah, Darkwater Scourge just got another new best friend. Now, have any of the other iterations on this idea of making a giant early two card Lifesteal unit been particularly viable? No. But there’s a key difference here. This one at its lowest point is still a solid, if over-costed, combat trick.

When we evaluate new cards we need to talk ceiling and floor. This ceiling is obviously nuts, dropping a 6/7 lifesteal into play on turn three will end plenty of games. The floor now though, is just saving another important unit, Zoe perhaps? That floor potentially spikes this card into playability, and I’m interested in testing. 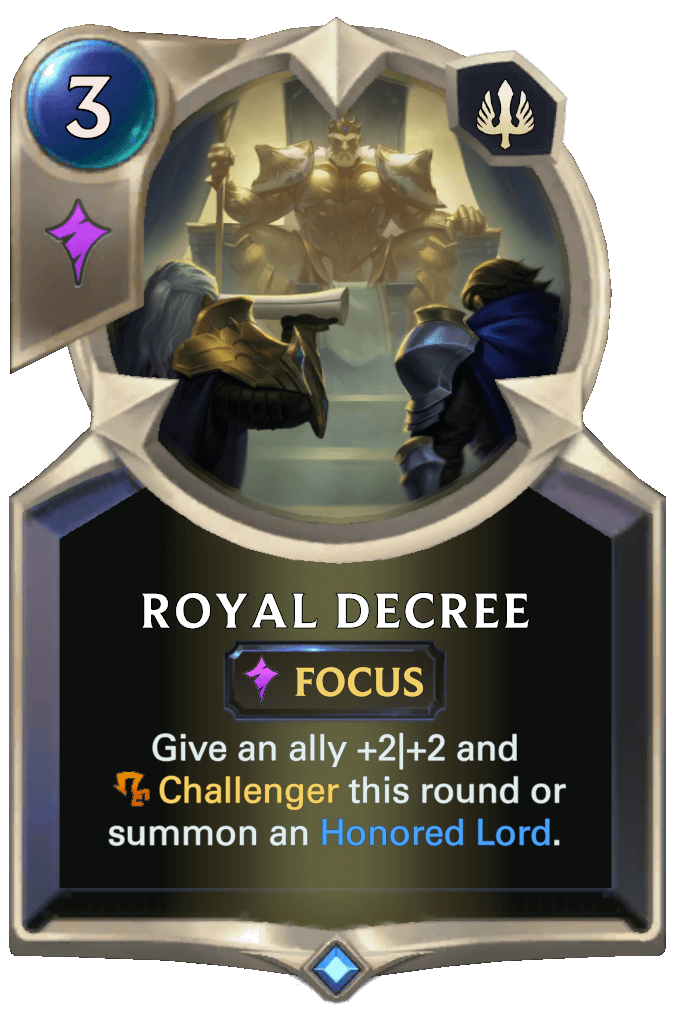 This is a really cool split card. On one hand it’s a solid removal spell for an important backline unit. That’s nothing to sneeze at. +2/+2 in the early or mid-game is enough to solidly jump in size over basically any back row unit. And that jump is going to crush if you use a unit that generally cannot challenge.

On the other hand, you can effectively jump in a 3/2 unit on the attack. This card reads a lot like a mini-Jarvan, though it will only be able to replicate one of his effects at once. That makes me a little skeptical that it can breach competitive play, but it’s definitely worth looking into. 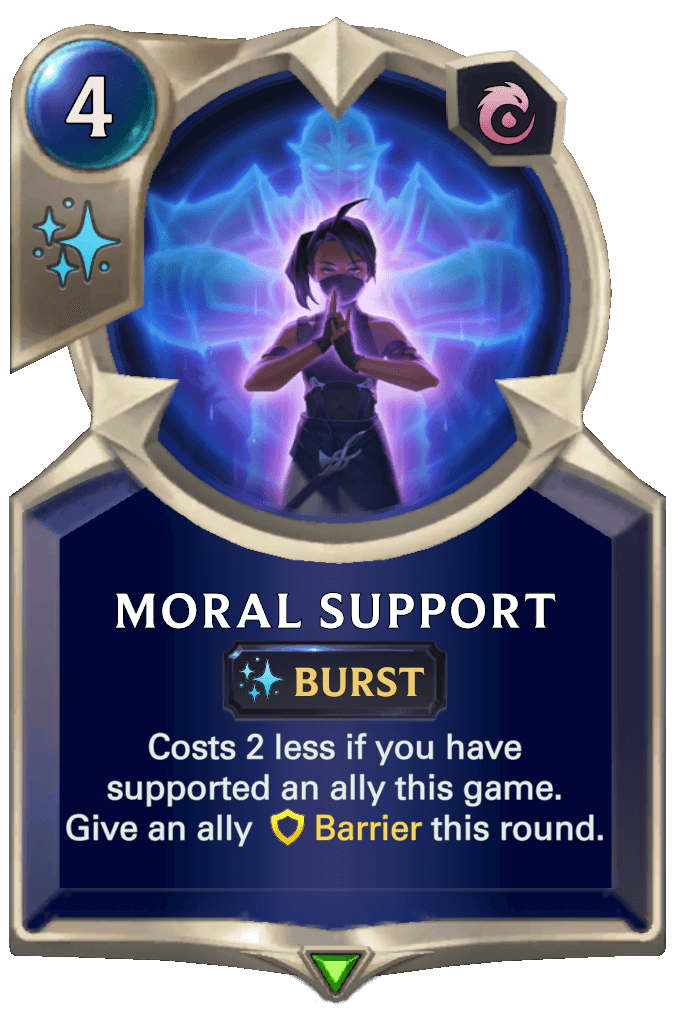 Holy Shen Support Batman. I mean, Lulu too obviously, but this is *nuts*. I don’t know if this will be enough to catapult that deck into playability but if it isn’t then nothing will be.

A two-mana Barrier is insane in any tempo deck. And again, we can talk about floor here. At its worst you can still drop a barrier for four mana. You won’t like it, but it will still be able to protect what needs protecting. Figuring out the split between this, Spirit’s Refuge, Riposte, and Demacian Tellstones will be a great deckbuilding challenge. 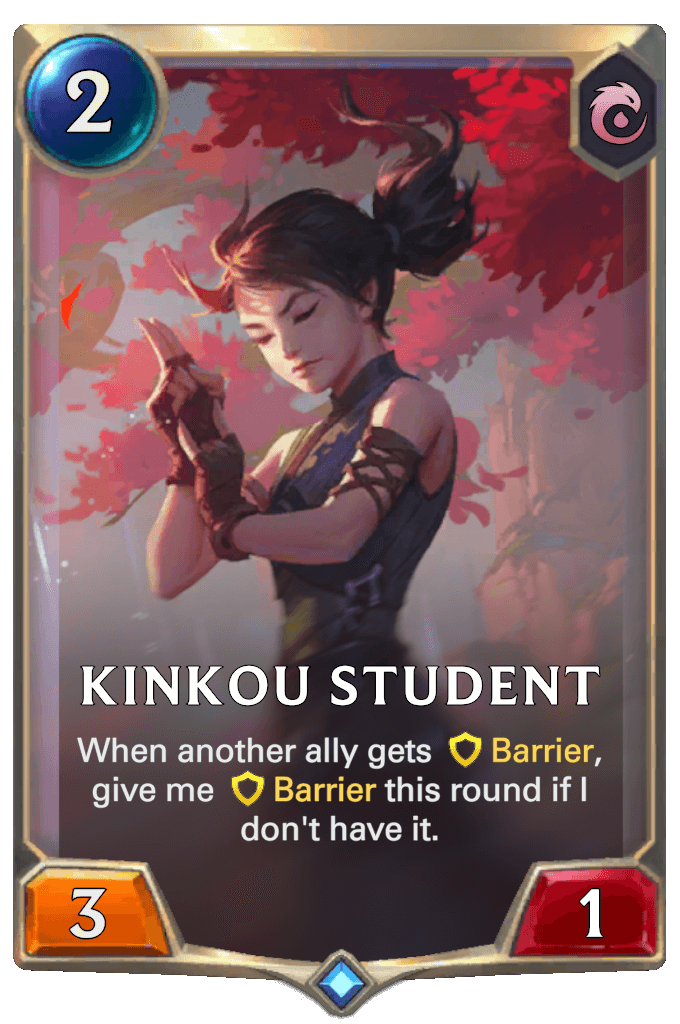 And another great card for the barrier archetype. This definitely pushes that archetype in a significantly more aggressive direction. Barrier student here wants to be finding ways to aggressively attack each and every turn and shut down the opponent’s attacking possibilities at the same time.

If your opponent can’t answer this on play, they may never get another chance. And worse, you can just hold this in hand till you can protect it against a more controlling archetype. The power level for this one is off the charts and I’m slightly scared to see the archetypes it will spawn. 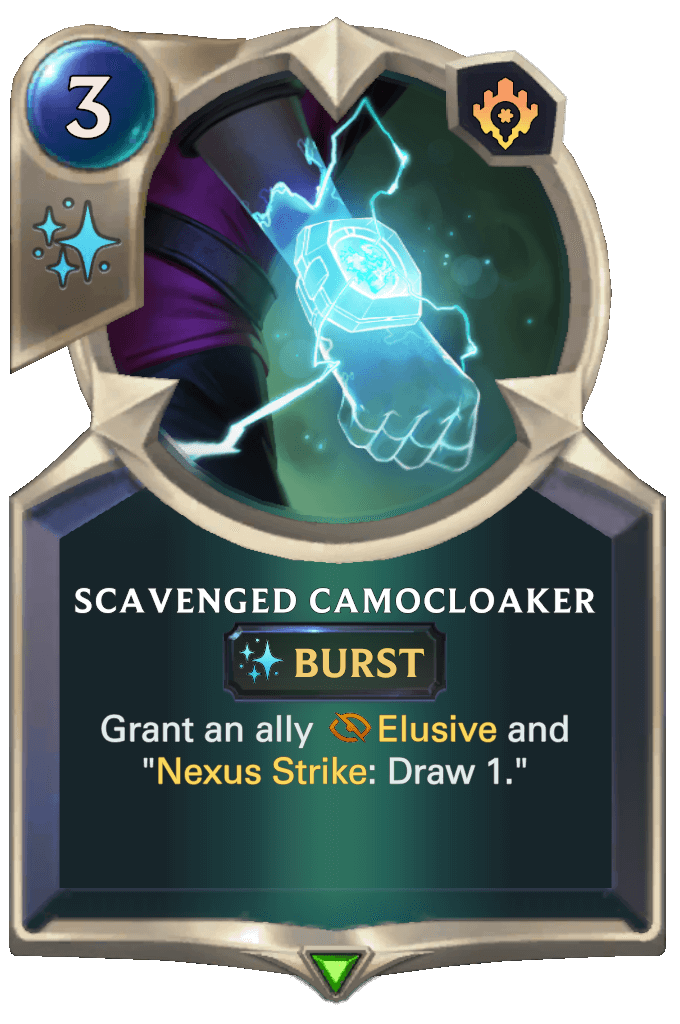 Oh no. Oh no-no-no-no-no we’ve seen this before. And maybe this game is high enough tempo and three mana is enough that this is going to be different but oh my goodness have those of us who have played other card games seen this curious little effect on a card before.

And it can get ridiculously out of hand. I’m hopeful that there is enough proactivity here that this will be a bad card. I can tell you from experience that as fun as this sounds you do-not want this to be a good card. But I’ll be brewing with it to find out, you can bet. And we’re going to have to see what comes of this. 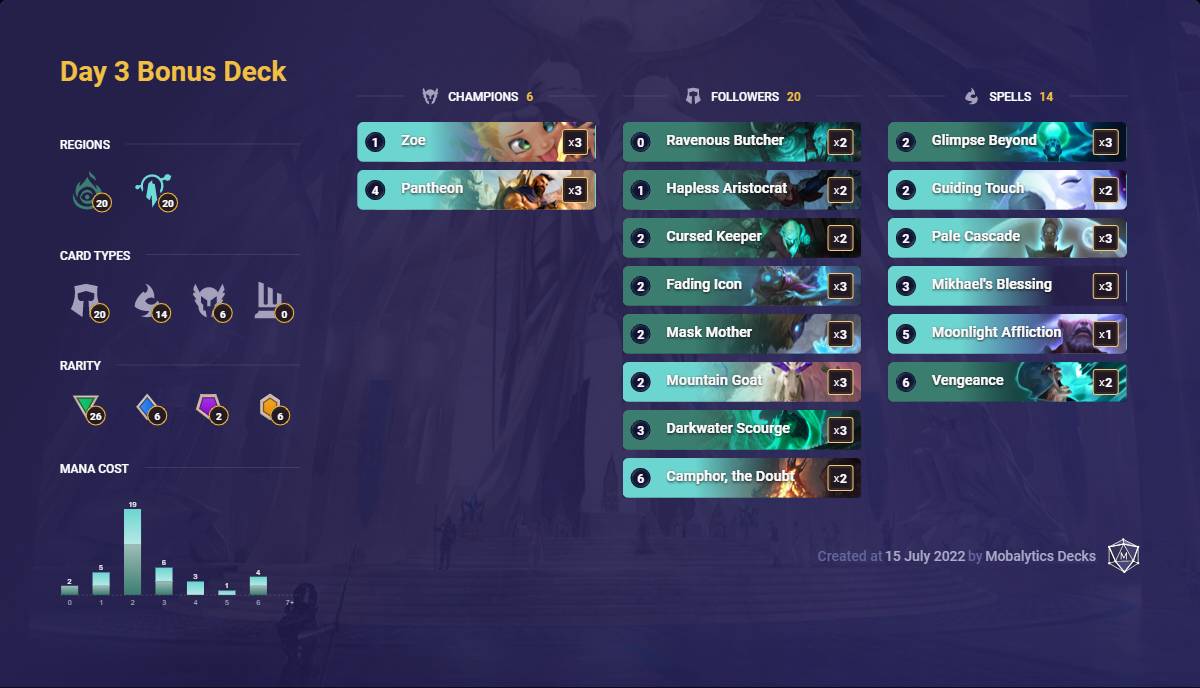 Pantheon has always had this issue where it loses to aggressive decks. This iteration has obviously lost some direct power, but it’s gained the ability to just completely massacre anything aggressive coming this way.

Not only do we have solid early game, but we’re also making gigantic life-stealing units as early as turn three. This will take a bad matchup and flip it completely on its head, and I suspect we’ll still be quite solid into any midrange. This will be a fun one to test as soon as we get the cards to do so with.