Seasonals has concluded, but the Darkin Saga has yet to reach its peak.

I’m Jordan “WhatAmI” Abronson and we’ve got some terrifying new tools to try out today.

Let’s check out what powers we’ve been gifted today by our Darkin Overlords. 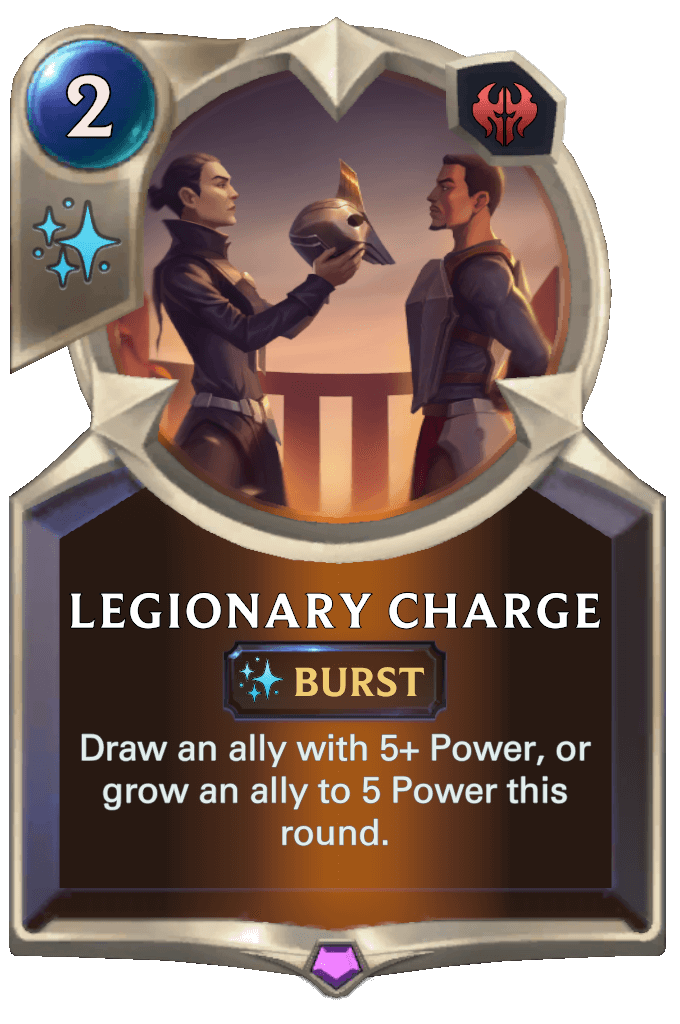 The combat trick side of this card feels ever so slightly underwhelming. That leads me to believe that we probably want to be putting it into our deck as a tutor effect. That said a two-mana tutor, assuming we build our deck to accommodate it, is quite a powerful effect.

While I’m not sure exactly how to best take advantage of this effect yet, there’s clearly some level of impressive potential here. And the dual purpose of being a potentially quite reasonable combat trick when you already have your tutor target is a huge upside. 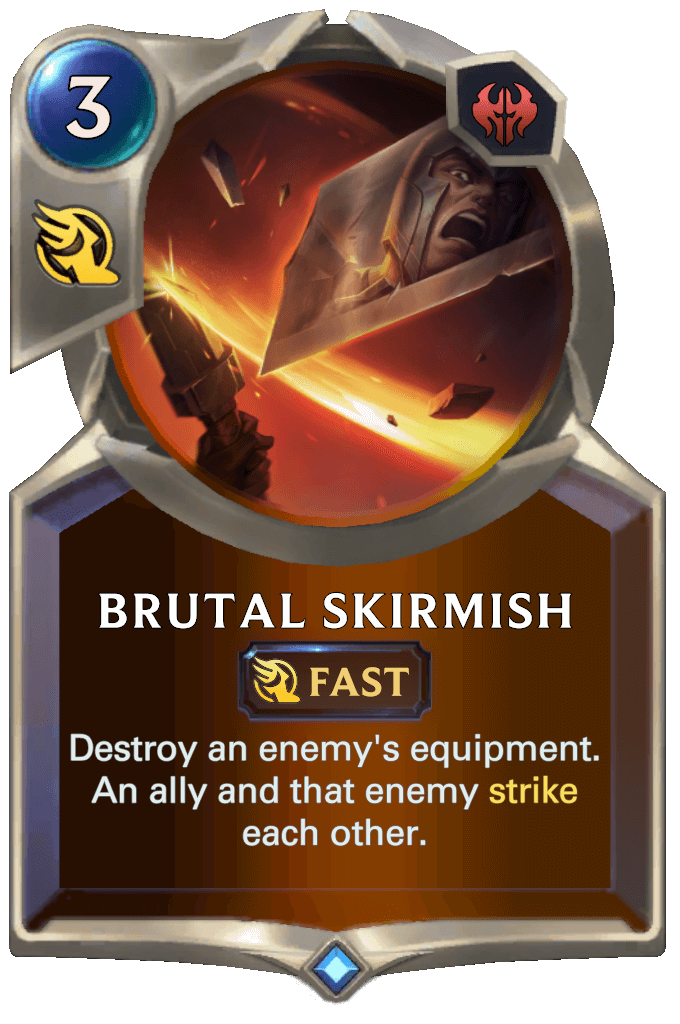 Noxian single combat for one more mana is a huge deal. This is a region full of gigantically stated units and forcing bad trades for our opponent sounds great. Murdering the equipment they might have is just the icing on this delicious cake.

Use cases abound here, but there’s one that jumps right to the top of the list and demands to be at least tested. This will potentially level a Swain mid combat while making sure he crashes through to hit the enemy nexus. That, my friends, is what we call the biggest of oofs.

This is exactly the kind of support that riven needed. A small body that helps reforge her powerful win condition while also impacting the board in a meaningful way. I love everything about this card and can’t wait to test with it. 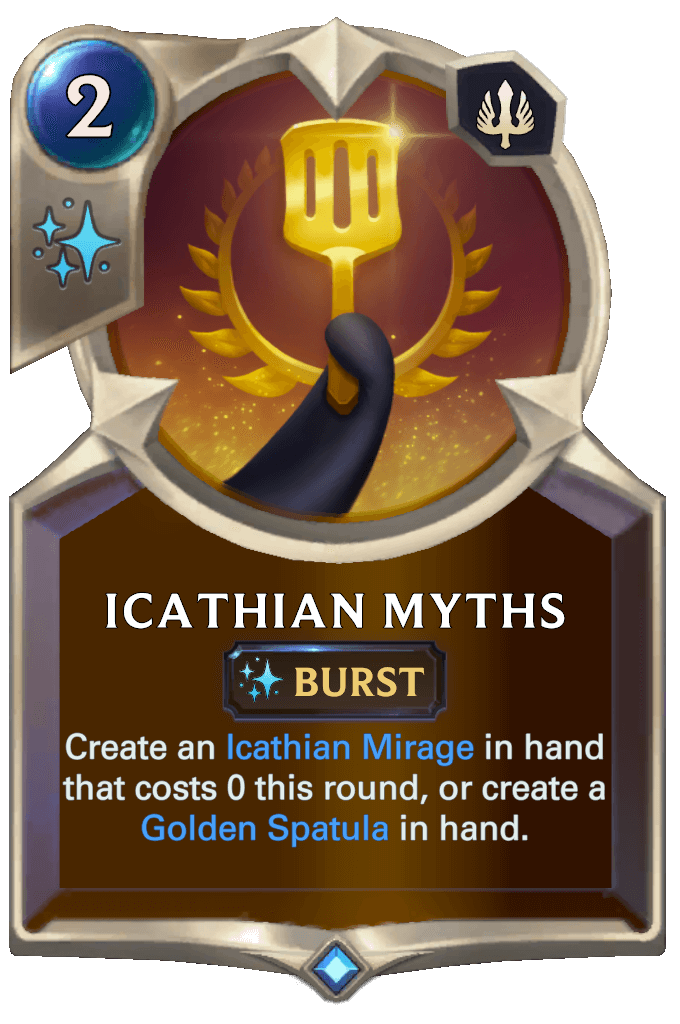 Another split card that can either come down as a two mana 3/2, or show up as a four mana giant equipment. This reads as a potentially quite powerful inclusion for decks based around either Fiora or Akshan. 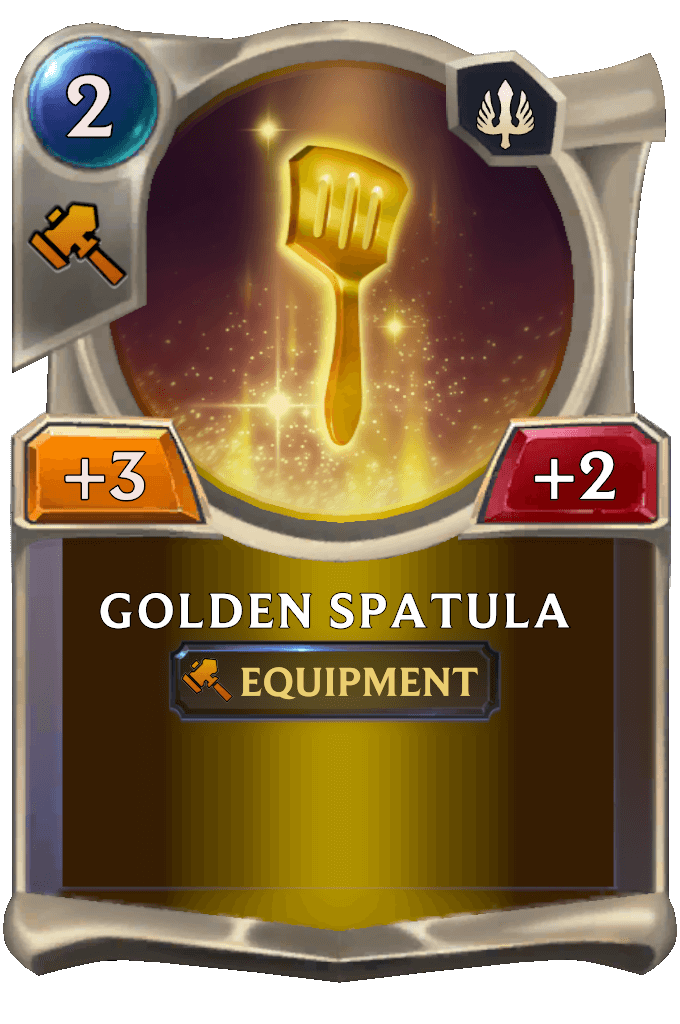 Taking your powerful attacking champion and suiting it up to unreasonable sizes while at the same time adding consistency to what generally wants to be a relatively unit light deck is a great thing for one card to do. 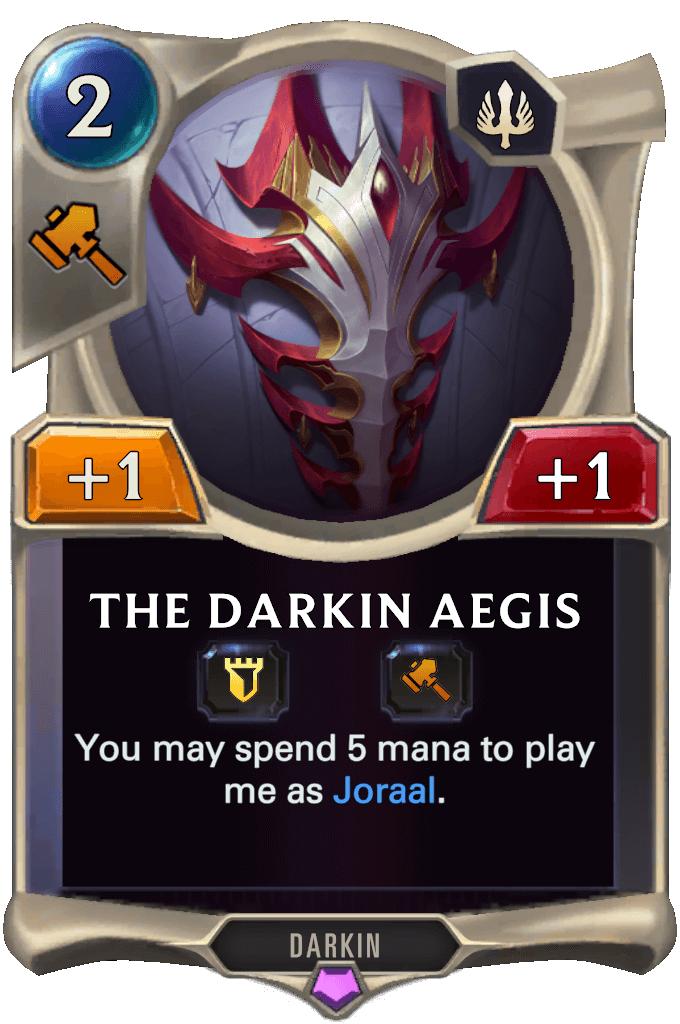 I’m having a tough time evaluating this one, no pun intended. This is a huge mana investment in the early game to make an important unit relatively difficult, but not impossible, to kill. Later tough just won’t look all that impressive most of the time. That’s only one side of the coin though. 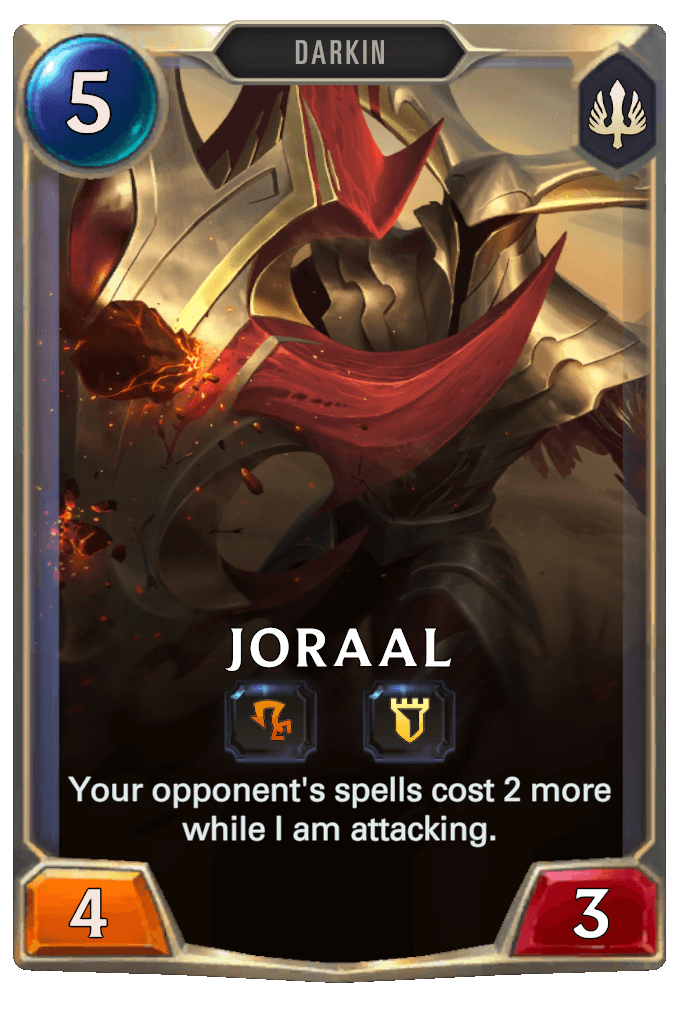 The other side is a brutal unit that basically forces your opponent to pre commit any combat spells they wanted to cast when you attacked them. That effect is absolutely huge into almost any kind of deck.

Control decks will have fits not knowing how you’re going to attack. Possibly even worse though enemy midrange decks will simply not be able to effectively fight with you over pump wars during combat. I think the limitation on this card is powerful enough to at least deserve some looking in to. 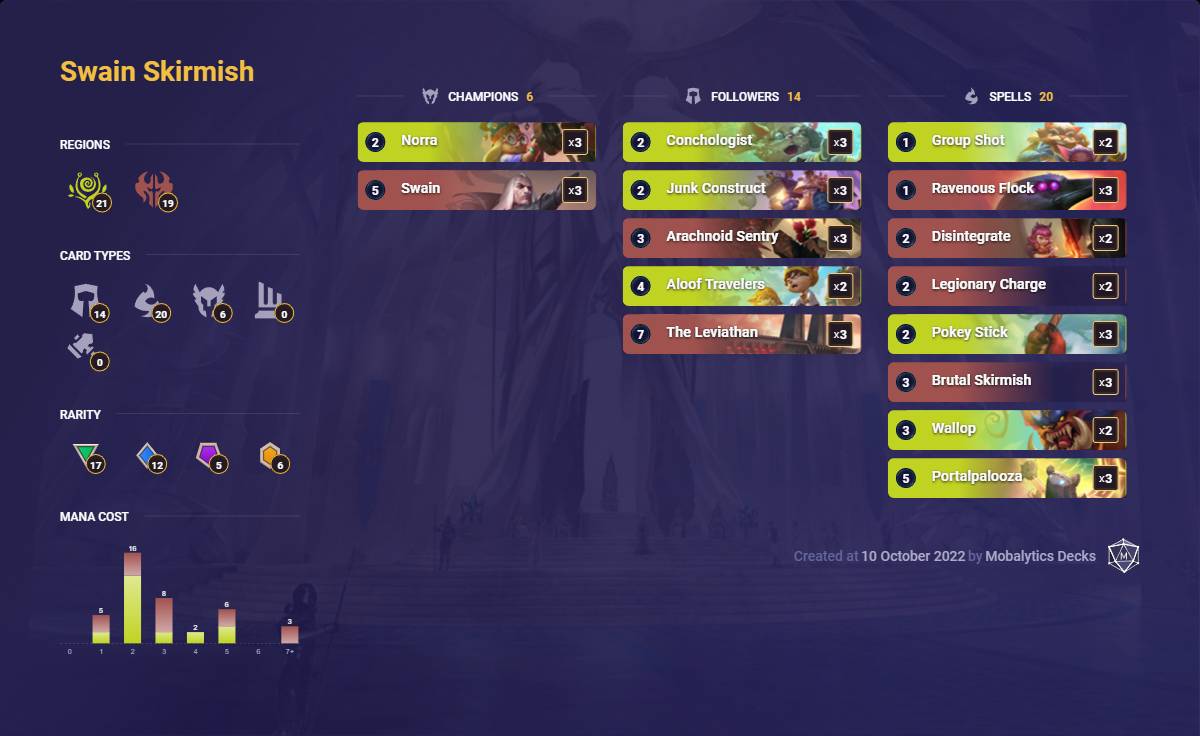 You’ll likely recognize the base deck here as something that did quite well during our last ladder season. The Noxian tools we’ve been given feel like they slant in here exceedingly well, displacing some of the cards I was always a little bit unhappy to be forced to put in my deck anyway.

Legionary Charge fixes any consistency issues you had by effectively allowing you to run five Leviathan. It also works great to turn a random portal unit or tiny value creator into a real threat whenever you already have your engines running, or simply want to push that extra bit of damage.

Brutal Skirmish will take care of any pesky equipment while putting in some serious work in leveling our boy, Swain. This is another area of weakness this deck always had and the new card should allow us to play on a significantly more aggressive bent more effectively.

All in all, I would not be surprised if there is some form of quite powerful midrange deck to play with here as the new season comes upon us. I’m definitely going to be looking to test the new Noxian single combat and tutor package in a few different archetypes as soon as they are available.