How to Play Mono Shurima Returns

Mono Shurima has long been a favorite archetype that players have worked tirelessly to get to work.

We’ll be covering the buffs that made Mono Shruima return, the goal of the deck, mulligans, and more.

In Patch 3.0.0, there were multiple buffs to Mono Shurima including the most core component of the deck, the Buried Sun Disc.

The Buried Sun Disc now spawns in play if your entire deck is Mono Shurima. Before, you’d draw it automatically at the start of Round 1.

You’d then have to spend 1 mana and lose tempo on your turn one. Now, with Sun Disc automatically in play when the round starts, you can now play units or Ancient Preparation or even bank 1 mana at the start of the game. This allows you to have better tempo turn 1 and make more decisions rather than feeling forced to play Sun Disc on turn 1. 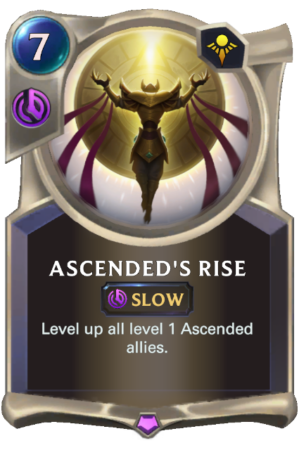 The other massive change for this deck is Ascended’s Rise got buffed from 7 mana to 6 mana which helps this deck out so much! This allows you to play two champions out early and then play Ascended’s Rise to level up both champions as well as the Sun Disc into the champion’s level 3’s as well.

I have seen two champions reach ascended form as soon as turn 6 with the Buried Sun Disc and Ascended’s Rise changes allowing for 2 extra mana that wasn’t available before the buffs. Personally, I’ve gotten it on turn 7 multiple turns.

There are a lot of ways to build this deck and there isn’t an optimized version yet, so I will be using a version that I built with the idea of using Ascended’s Rise with all 4 Ascended Champions champions in play.

This deck is entirely for fun and there certainly can be more competitive versions of this deck, but I wouldn’t say Mono Shurima is quite good enough to be a ladder deck if you are looking to climb. 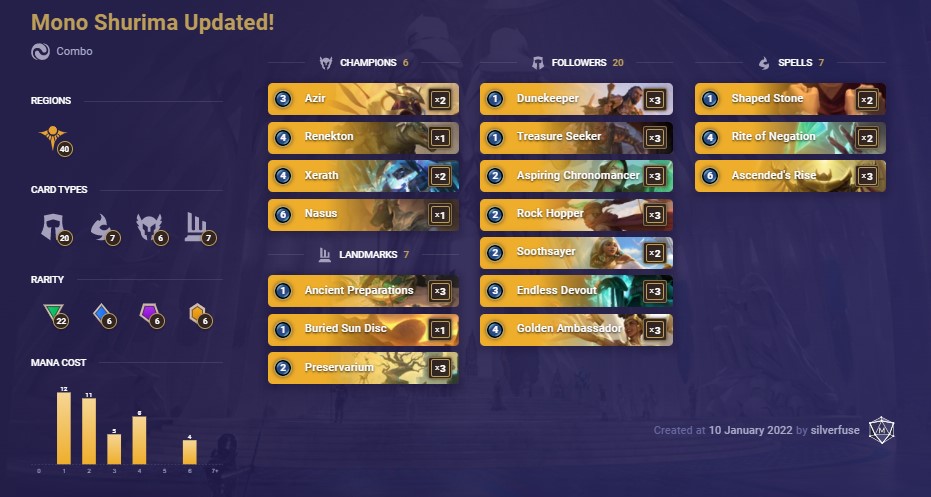 Generally, this deck wants to level up the Sun Disc and make the champions Ascended as they tend to be the way the deck closes out games. Sometimes this is through Azir’s Deck who has multiple strong cards to close out a game. 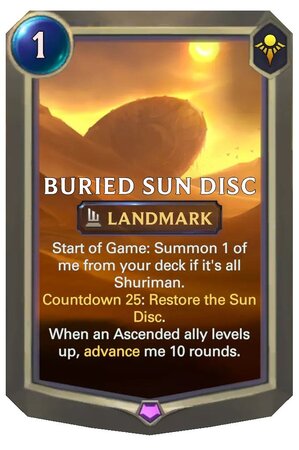 Other times this can be through Renekton or Nasus who have an incredibly strong board presence to close out the game. 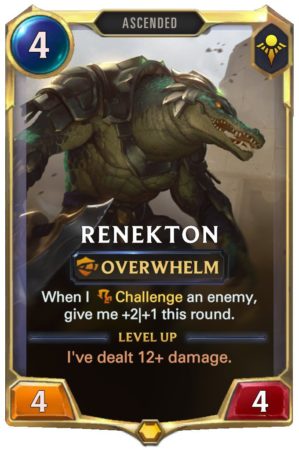 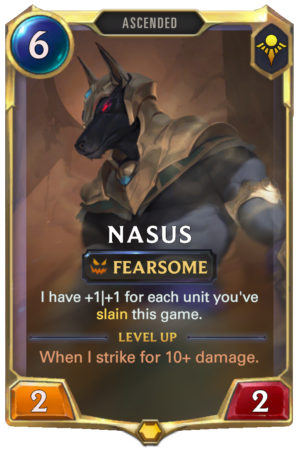 Generally, you want to play defensively until you can do your “combo” turn with champions plus Ascended’s rise.

This is generally achieved by using Predict units such as Ancient Preparations and Aspiring Chronomancer to find champions, Soothsayer, as well as Ascended’s Rise.

Soothsayer is to protect your champions as well as Buried Sun Disc from removal when Ascended’s Rise is played. 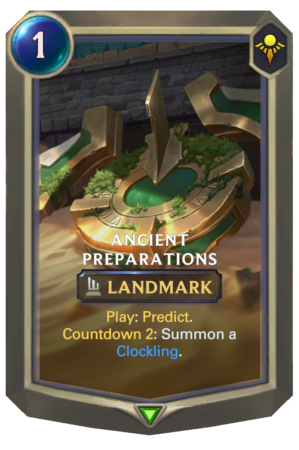 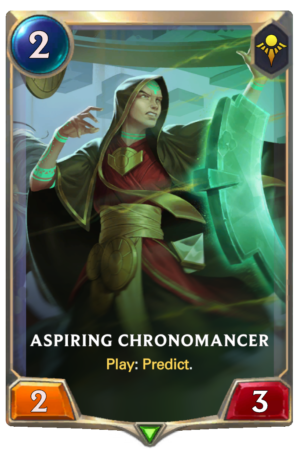 You want to mulligan for champions, Soothsayer, as well as a single Ascended’s Rise.

However, champions are the most important and it is worth getting rid of Soothsayer to try and find champions if you don’t have any in your starting hand.

Other strong openers are Ancient Preparations, Aspiring Chronomancer, and Golden Ambassador which can also find your combo pieces.

You are playing this deck like a combo deck so you are focused on your combo pieces and generally play more linearly as you can’t outpace aggro with this deck.

For example, in this hand, you would keep Ancient Preparations as you already have a champion and you will be wanting to look for another champion as well as Ascended’s Rise. You would toss Endless Devout and Rock Hopper as they don’t work toward your turn 6|7 combo.

Here is me playing the deck and leveling multiple champions on turn 7:

Mono Shurima certainly needed some love as it has been a long loved archetype by the community but it often settled at a 40% win rate.

There aren’t any updated stats for the deck since the patch as well as there hasn’t been a uniform deck being played by the player base either although several content creators have made their own version of the deck.

If you are looking for a deck that can allow you to do some silly things and feel the power of Shurima, then this is the deck for you to try!