How to Play Frozen Timelines

You’ve got to wonder what was going through the mind of the first person to combine chocolate and peanut butter.

Probably something like “These are both good, they must be better together right?”

My name is Jordan “WhatAmI” Abronson and today we’re trying that philosophy in Runeterra. 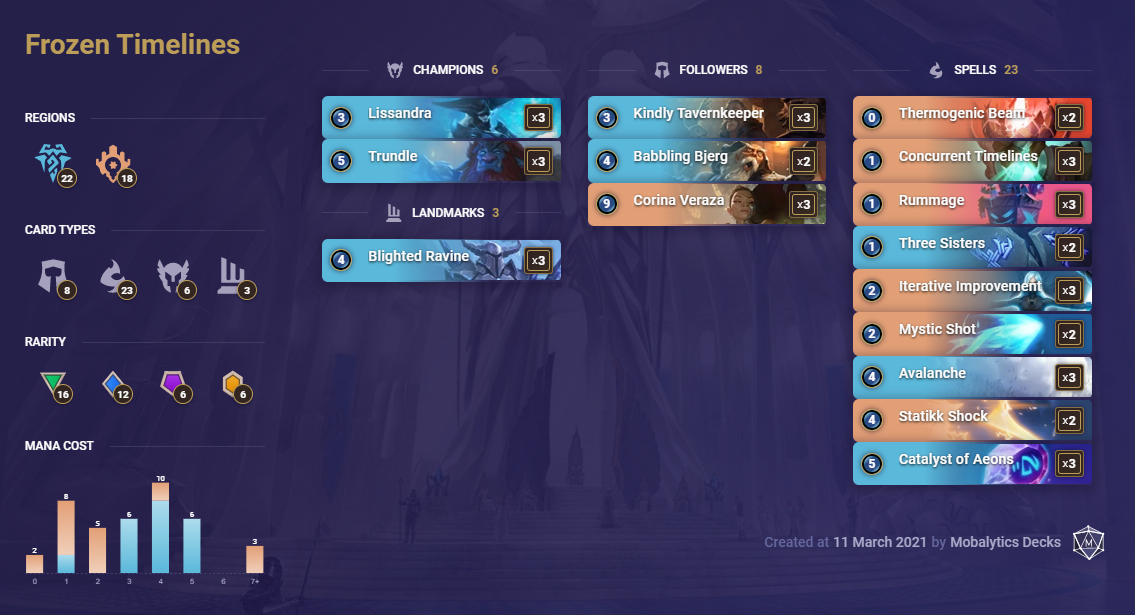 What happens when you combine Concurrent Timelines with Lissandra/Trundle?

We’re packing all the standard control/ramp tools from Avalanche to Catalyst of Aeons, to the new kid on the block: Blighted Ravine.

From there though we start to take a turn towards the strange side.

What are Concurrent Timelines doing in this deck with only eight followers you might find yourself asking?

Are we trying to Iteratively Improve Kindly Tavernkeeper?

What is the plan in this whole mess?

On turn eight we can drop the Pillar, level our Trundle, give a creature Vulnerable, get our mana back, transform into an eight drop, Iterative Improvement the eight drop, and often win on the spot.

If that’s not enough, then a follow-up Corina, potentially flipping into a Dreadway, is more often than not going to be enough to clean up whatever is left.

If we don’t have Timelines, then never fear, Lissandra is here to help. 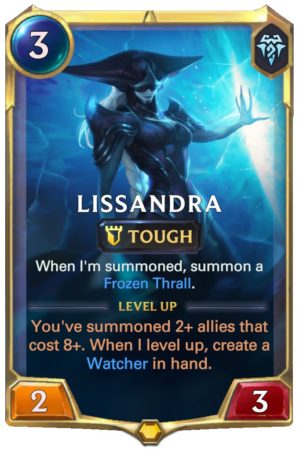 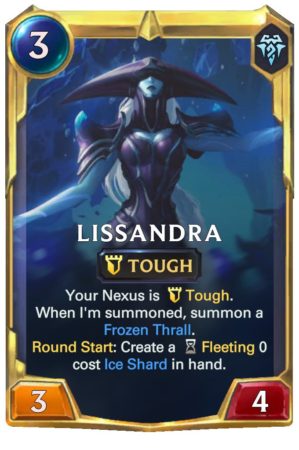 Iterative Improvement on Pillar will effectively let you pay two mana to tick up Lissandra and Watcher, making her a threatening win condition all on her lonesome.

And if you can’t quite get all of your ducks in a line for whatever win condition you are chasing then Rummage has got your back, filtering through for whatever you need.

Phase One: Just Hang in There

While we might not have quite as many answers as our shadow brethren we’ve still got a pretty hefty set of tools for dissuading the more aggressive decks out there from assaulting our life total.

Between Mystic Shot, Thermogenic Beam, Avalanche, and Blighted Ravine, the tiny swarms will have some serious problems sticking to the board.

To back that up we’ve got some additional healing and acceleration with Kindly Tavernkeeper and Catalyst of Aeons.

Three Sisters can even be used to Freeze a dangerous foe in a pinch. 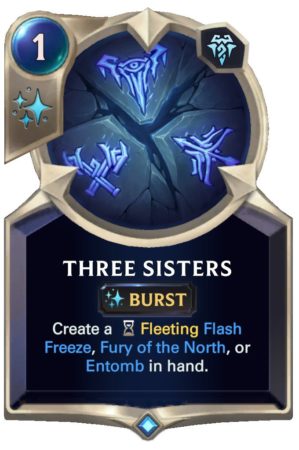 While it doesn’t come up all that often also remember that if this phase of the game is going badly we can use IterativeImprovement on our opponent’s creatures as well.

Getting a double-block off of a House Spider or Dune Keeper can be game-saving depending on the situation.

Don’t underestimate the blocking power of your Tavernkeepers and Bjergs during this phase. 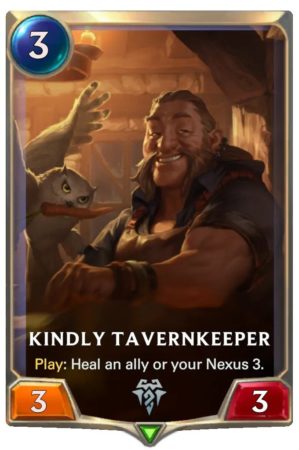 They may not look all that impressive at first glance, but they can eat two power attackers and put enough damage on larger threats to let your area of effect spells clean up nicely.

Our crazy late game does need a little bit of help to get going, but we’ve got just the combo enablers we need.

Babbling Bjerg makes sure that Corina Veraza is always ready to come down and wreck your opponent’s board going in to turn nine and Rummage can ditch what we aren’t using in a given matchup to find us the tools necessary to win. 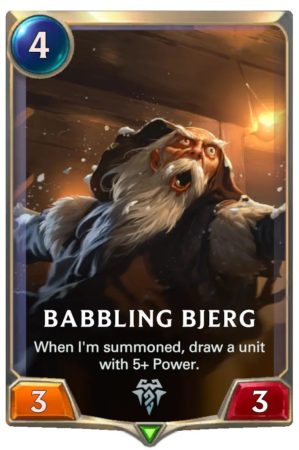 This is also the time in the game where you are going to want to cast your Timelines. 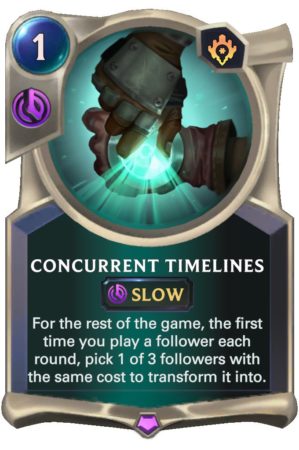 It does very well with Bjerg, Pillar, and Corina, but is quite unimpressive at the three mana slot.

Unless you are playing against Ionia and need to get it in under a potential Nopeify!, generally look to save your Timelines till turn four at the earliest.

We also want to try to find time to drop Trundle and Lissandra around this point so they are ready to rock later. 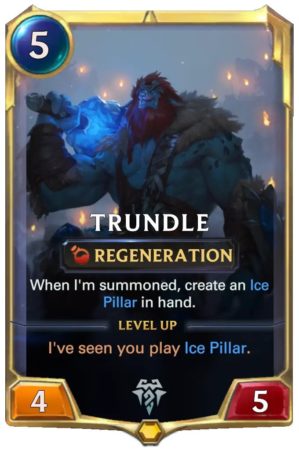 While they can be extremely powerful finishers, don’t be too afraid to use them as blockers or even attackers if you have to.

Both have beefy bodies and will do well walling up the mid-game to let your late-game engines take over.

Here’s where the payoff happens for all that survival and setup we talked about.

If we have Timelines active then Pillar plus Iterative Improvement will yield some absolutely nasty swing turns.

With the help of an on-board Trundle even potentially ending the game in one go.

If that’s not enough then Corina is always going to get a choice to flip into at least one of Dreadway, Ledros, or Brightsteel Formation. 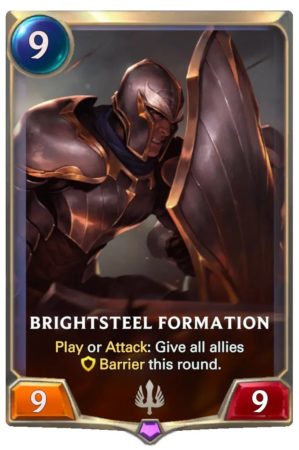 Double damage Corina, a Ledros to Iterative or kill to go for a one-shot or Barrier for all my attackers?

Sounds like a pretty slick turn nine to me.

If Timelines is offline we are going to be more focused on our Lissandra, trying to drop multiple Pillars to level her up insanely fast while Corina holds off the ravening hordes of our opponent.

Be a little bit careful combining these two philosophies though.

Nothing looks sillier than a Watcher hitting play and turning into a Ravenous Butcher.

Luckily, Timelines will only ever hit the first unit you play, so just make sure someone else comes in to eat the trigger so that your Watcher can get its deck destroying work done in peace.

This is a very strange iteration on this deck concept if you’ll pardon the pun (and probably even if you won’t).

Let’s take a moment at the end here to look at exactly how I ended up at a few of these particular peculiar considerations.

Why aren’t we playing X creature?

Whether it’s either of the Archers, Chempunk Shredder, Subpurssible, Chump Whump, or even a brace of Elnuks, there are lots of powerful potential combos with Timelines in this regions.

So where are they in the deck?

The answer boils down to the fact that you basically get to either play those or Corina, but not both. 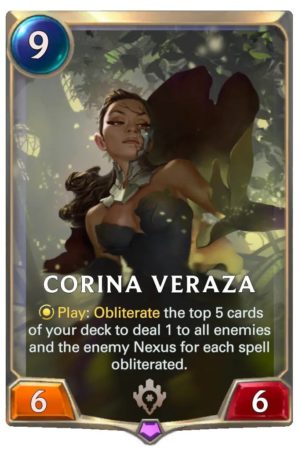 The deck can look like a much more midrange-style pile of creatures, or it can be controlling with Corina at the top.

From the experience, I have had playing it seems like the Corina endgame is much more powerful than the attempts to be a tempo deck.

I think if you are looking to do a tempo-version of Timelines you probably want to look more in the Shadow Isles direction with things like Blighted Caretaker and Spirit Leech to back you up.

This is one that I have wrestled with myself quite a bit.

We have Statikk Shock, Bjerg, and Rummage, and that’s seven points of card draw.

But it can feel an unfortunate amount of the time like this deck runs out of steam just as it goes into its winning turns.

This is especially true as Rummage is going to be a negative card advantage when we cast it since we don’t have any easy discard makers. 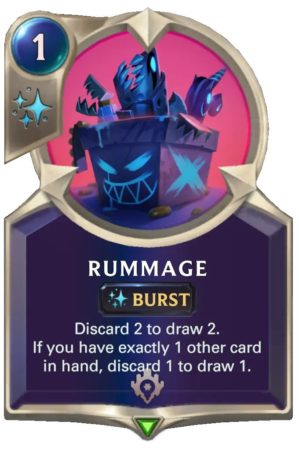 While we could try to slot in things like Ballistic Bot or Chump Whump to ease the load the conclusion I have come to is that we do sufficiently powerful things on turns eight, nine, and ten that we shouldn’t really be worrying about running out of steam past then.

If our opponent manages to survive our initial power push around those turns then just like Feel the Rush before us we’re going to be in trouble.

However, in the same vein said, survival is rather difficult, so having that as a weakness seems actually quite reasonable in comparison.

Is this likely to turn out to be a tier-one deck concept? Probably not.

But it’s an absolute blast to see it do its thing and it can do so consistently enough while having solid early and mid-game clearing power that I wouldn’t be surprised if this could see play as a tier two deck in certain metagames.

Beyond that, there’s only so much room at the top.

If we stop making cool new concepts just because they are a notch down from TF/Fizz and Lee Sin then we’d never find the next truly busted combo, and we’d certainly have an awful lot less fun along the way.

Best of luck to y’all out there, and may the Timelines be ever in your favor.