How to Play Deep (Worldwalker Expansion)

Deep received powerful new cards this expansion that help a lot of their problems.

Today I’m going to go over my Deep deck and how it works. 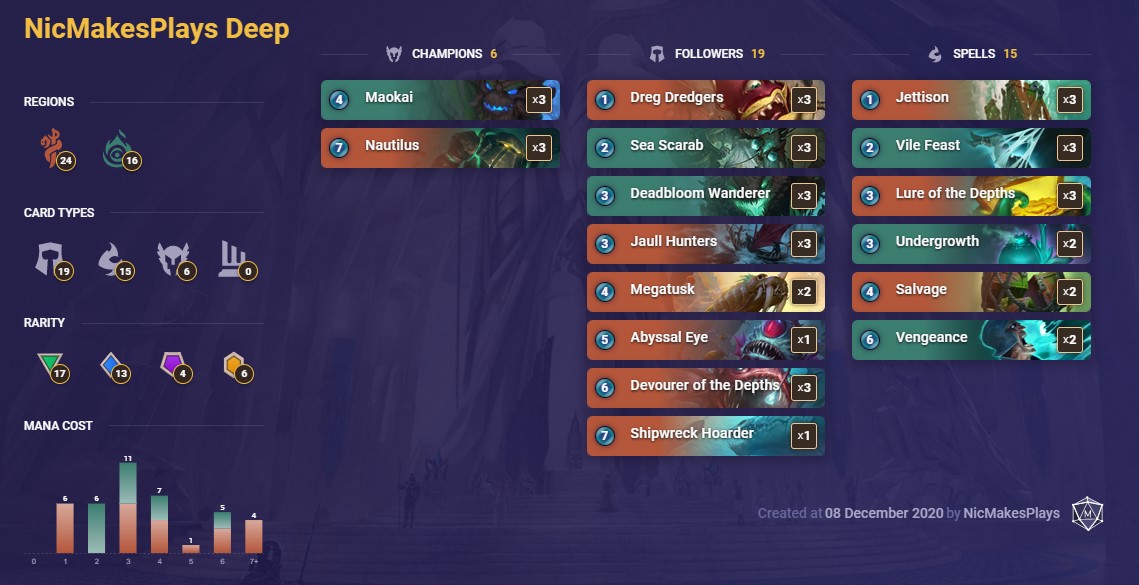 In this deck, you want to mulligan for Dredge Dredgers, Sea Scarab, Deadbloom Wanderer, and Lure of the Depths.

These cards provide you a solid early game to start milling your deck to go Deep or discounting your Sea Monsters.

Against Aggro you can mulligan for Vile Feast to help against the early game pressure.

Against slower matchups, you can mulligan for Jettison to go Deep as fast as possible. 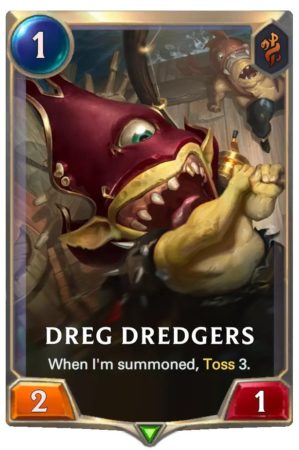 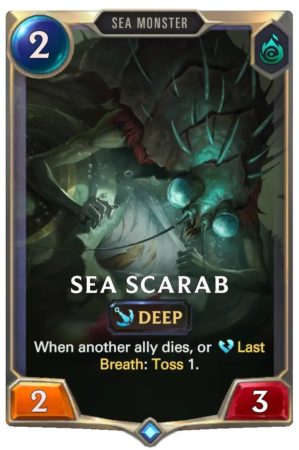 Sea Scarab is a great card to discount off of Lure of the Depths so you can swarm the field with Sea Monsters. Sea Scarab is also ideal to stick on the board early so you can start tossing cards when your units die such as Maokai’s Saplings. 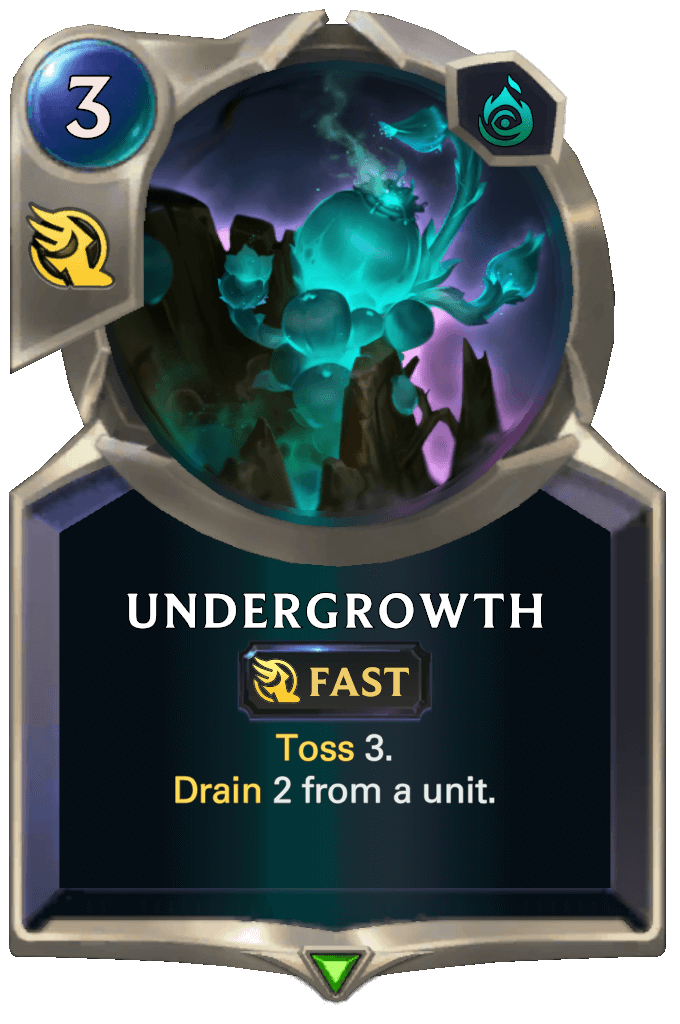 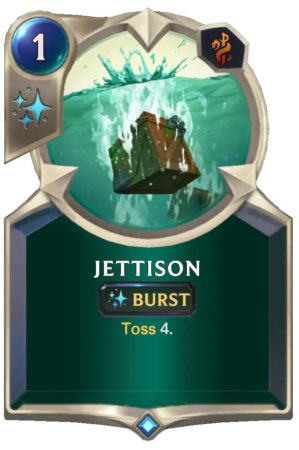 Undergrowth and Jettison are two of your toss spells. Undergrowth is a powerful new card for Deep that tosses 3 and drains 2 from a unit. This card is perfect for removing a unit to gain board control, healing back health, and accelerating your win con. This card is particularly great against Aggro since they have low health units and the healing can be made or broken in those matchups.

Undergrowth is so strong it’s even seeing tons of play outside of Deep. Jettison is a 1 mana toss 4. This card is great against Control matchups where your win con is going Deep as fast as possible and leveling Maokai. Jettison helps speed up your ability to go Deep and level Nautilus by 2-3 turns and buffs all your Sea Monsters to finish the game with. 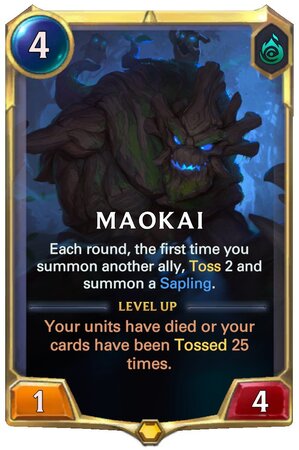 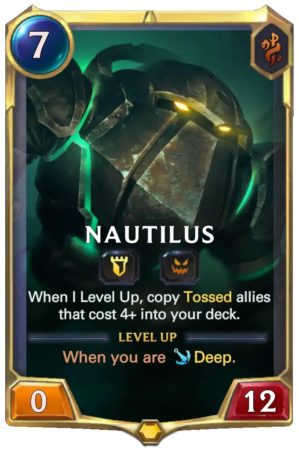 Maokai and Nautilus are your Champions of the deck. Maokai is amazing in the mid-game to take over the board and snowball the game in your favor. If you can stick Maokai for even one turn you are able to start creating Sapling Challengers to remove enemy units and accelerate yourself to go deep.

Maokai’s level up is also a phenomenal alt-win con against Control decks. His level-up Obliterates the enemy deck leaving 4 non-champion cards. Removing their Champions clears their power cards and then they deck out in 4 turns. Nautilus is your main win con of the deck. Once you’ve hit Deep, Nautilus refuels your deck with 4+ power Sea Monsters and becomes a 13|13 Tough Fearsome who discounts all your Sea Monsters.

Nautilus by himself is tough to deal with for most decks, but on top of that, you can start swarming the board with powerful buffed Sea Monsters and reaping their effects. Nautilus also has the best champ spell in the game, making extra copies of him 4 mana fast spells that shuffle an enemy unit into the deck.

Megatusk / Devourer of the Depths 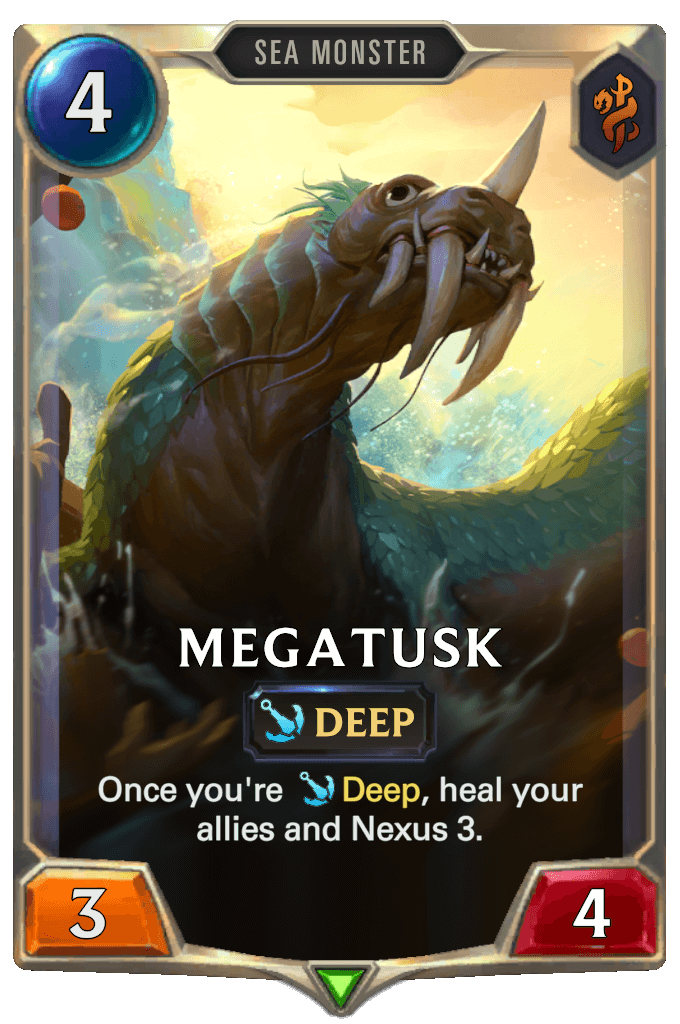 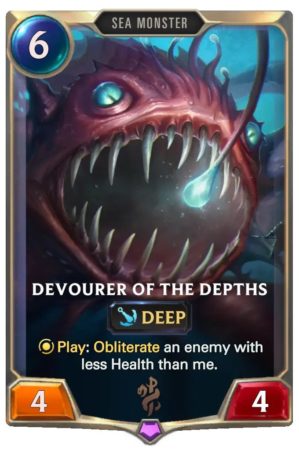 Megatusk is another new card for the Deep archetype. Megatusk is perfect for this deck because he allows you to heal back your health once you stabilize in the mid-game and then navigate to victory from there.

The additions of Megatusk and Undergrowth solidify Deep to have a solid Aggro matchup which it’s struggled with in the past. Megatusk also heals your units in the mid-game, gains +3|+3 when Deep, and costs 0 when you have a leveled Nautilus. 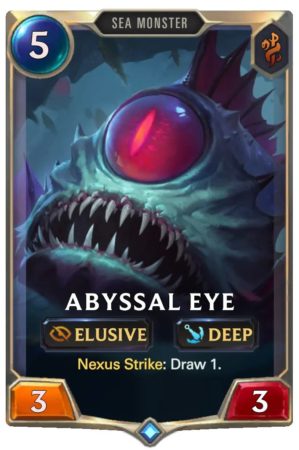 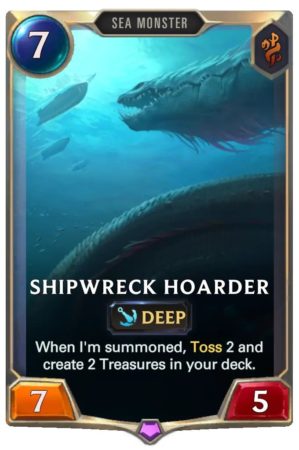 Abyssal Eye and Shipwreck Hoarder are two more alt win cons of the deck. Abyssal Eye becomes a 6|6 Elusive when Deep draws a card when it strikes the enemy Nexus. This is great at refueling and putting your opponent on a clock with its Elusive strikes.

If you’ve played Lure of the Depths then Abyssal Eye also costs 0 to play with a leveled Nautilus on the field. Shipwreck Hoarder gives your deck a whole new plethora of options and is an insanely powerful 1 of. Shipwreck Hoarder adds two Treasures to your deck which can help blow up the field, summon three 8|8 Fearsomes, or refuel.

Shipwreck is great at winning grinder matchups, winning you games that you otherwise had no way of doing, and making your toss cards live in the late game.

With the new cards Undergrowth and Megatusk, Deep has a great matchup against Aggro. The most important thing to mulligan for is Dredge Dredgers for a 1 mana blocker.

If you can stop their tempo in the first turn then you can stabilize from there with your abundance of healing spells.

Vile Feast is also a great keep since it can remove a low health unit, heal and give you another blocker.

In the mid-game, you can stabilize with Megatusk, and Undergrowth and win with field control from there.

Deep can be weak against midrange decks such as Taliyah Ziggs that have tons of damage output but don’t run out of steam.

In these matchups, you want to mulligan for Lure of the Depths to discount all of your Sea Monsters.

Having all your Sea Monsters cost 1 less mana helps a ton throughout the game to keep on pace in terms of tempo.

Vengeance can also help against big threats such as leveled Ziggs, Taliyah, and The Arsenal.

This deck can cut copies of Megatusk and Vengeance.

Atrocity- Atrocity is great as yet another win con, when combined with Nautilus you can deal 13 damage to the enemy Nexus. 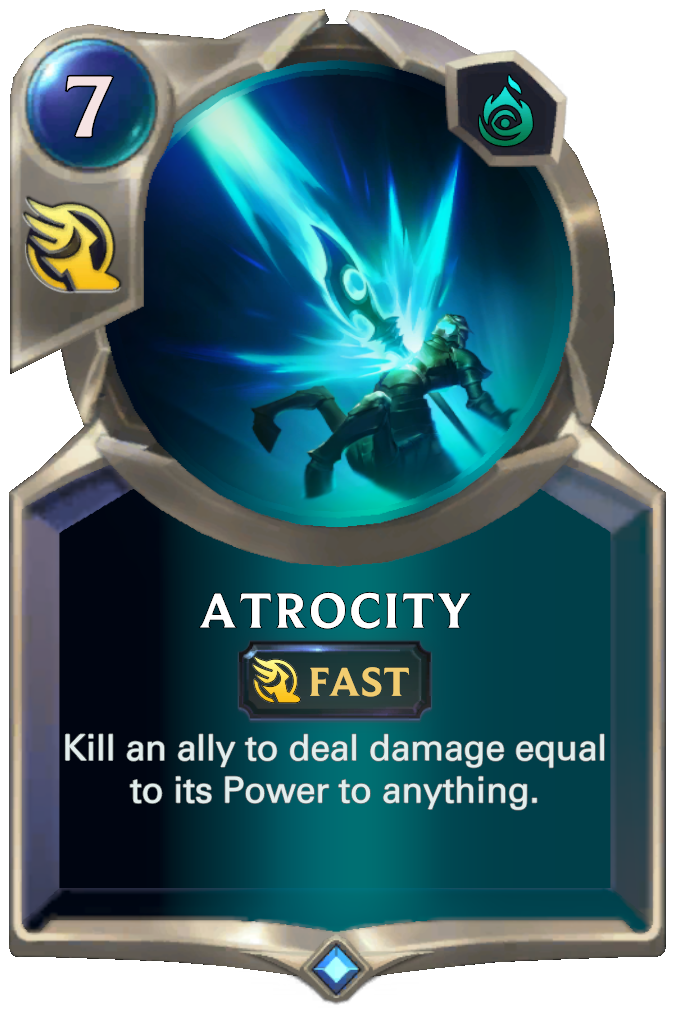 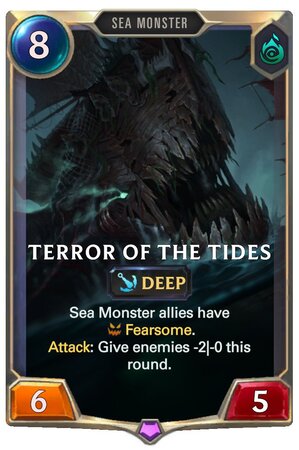 Bone Skewer – Bone Skewer is cheap removal that can deal a lot of damage with your Sea Monsters, and let you reuse powerful units such as Devourer of the Depths. 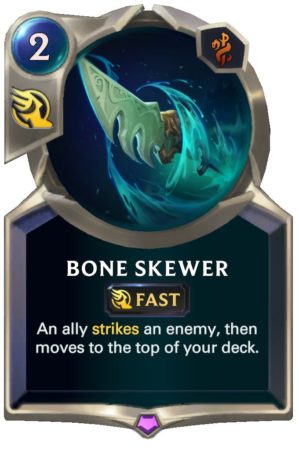