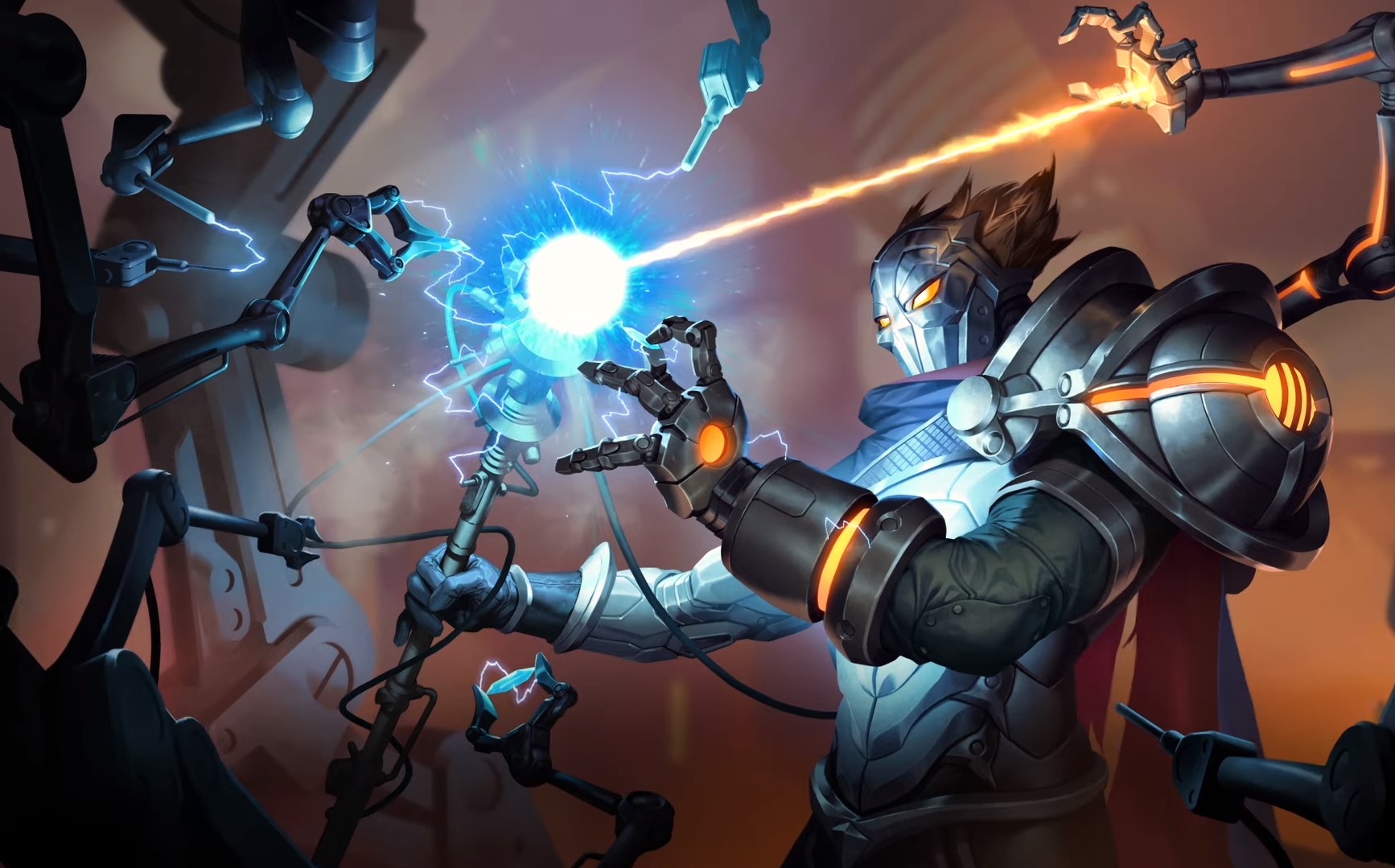 Our Thoughts on Viktor’s Reveal Package (Legends of Runeterra)

Viktor has been revealed as the first new champion of Legends of Runeterra’s Cosmic Creation set!

In this guide, our experts, Precipic and Kuvira will break down the new Piltover & Zaun cards:

To hear more expert impressions, check out this video by Swim!

To catch up with the other cards being revealed, check out our other Cosmic Creation reveal articles. 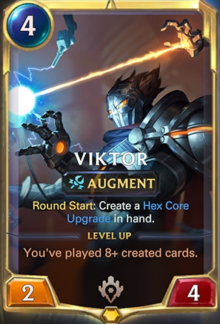 Viktor is the new PnZ champion revealed today. He has a 2|4 base stat line for 4 mana, the new keyword Augment allows Viktor to get +1 attack permanently whenever you play a created card.

Created cards include cards that you didn’t manually put in your deck like Poro Canon, Fading Memories, Trail of Evidence, and so on.

Every Round Start, Viktor creates a Hex Core Upgrade in hand, which is a one mana Slow spell that grants Viktor a random keyword. 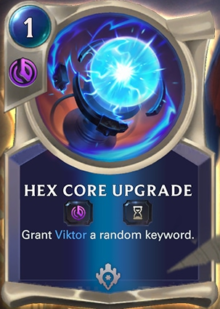 It’s safe to assume that Viktor doesn’t get the same keyword twice. Hex Core Upgrade also counts towards Viktor’s level up condition and grants him +1|+0 because of the Augment keyword.

Viktor levels up after you’ve played 8 created cards. It is not a “seen” condition meaning that Viktor can level in the deck.

He becomes a 4 mana 3|5, keeping the Augment keyword and reducing the cost of created cards by 1. Viktor also continues to create a Hex Core Upgrade every Round Start. 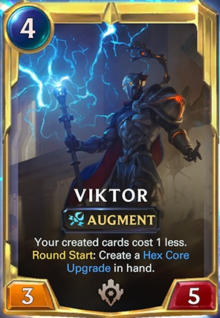 While level 2 Viktor is on the board, all gems cost 0 mana, this interaction can be played around in some potential competitive PnZ/Targon decks with cards like Mountain Goat and Shards of the Mountain. Hex Core Upgrade also becomes a 0 mana Slow spell.

Leveled up Viktor also reduces the cost of all Celestials created from Invoke cards in the same way that Mountain Scryer does. Making cards like The Great Beyond from Starshaping 8 mana instead of 9. 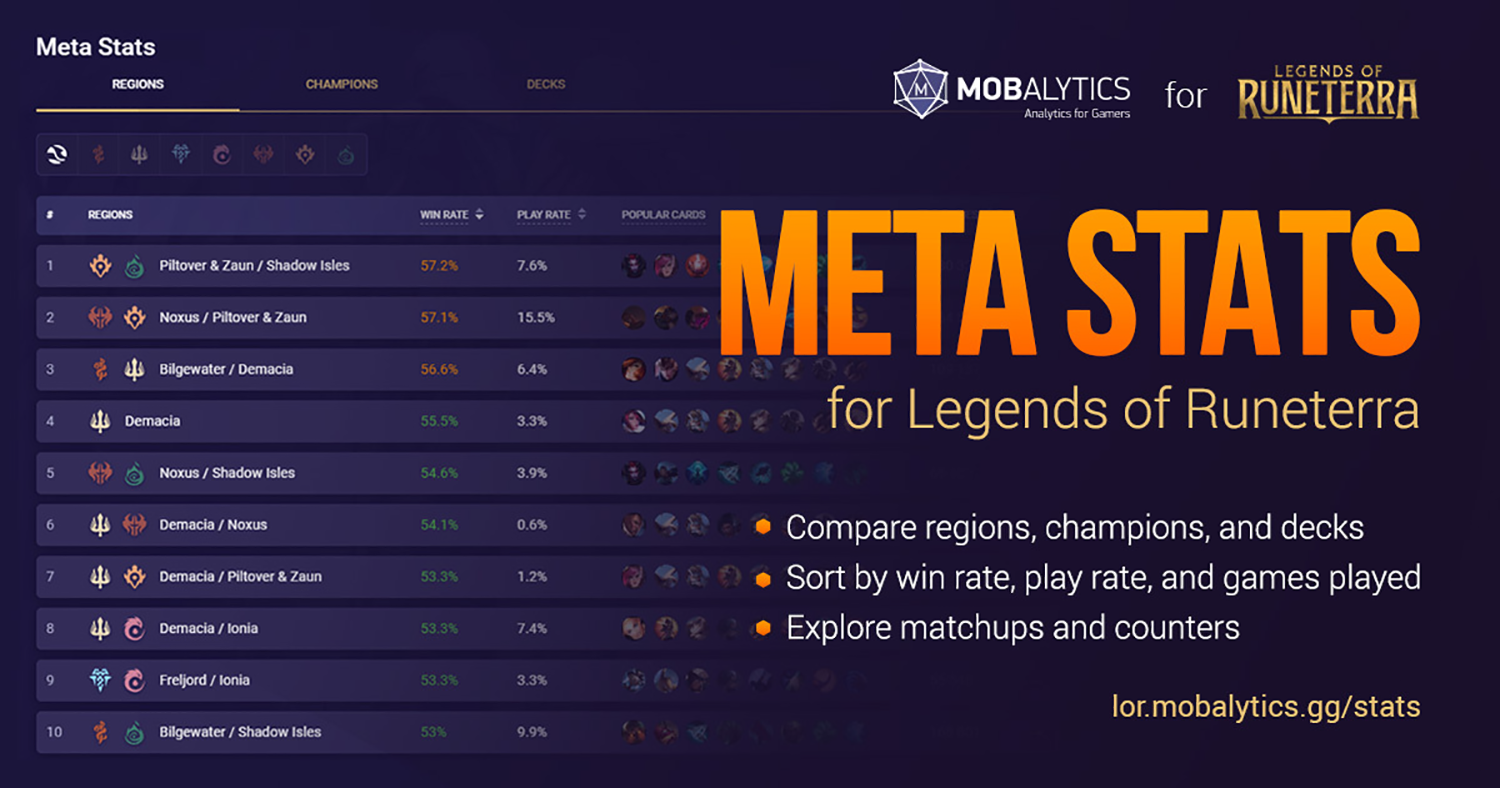 Apart from the multiple synergies Viktor has with Targon, Freljord offers Poros that work fairly well with Viktor.

Poro Cannon creates two Daring Poros that represent +2 for Viktor’s Level up condition. Aurora Porealis also creates 2 Poros and 2 Poro Snacks that get discounted when Viktor is leveled up.

Overall, Viktor seems like a great combo/value card that needs tons of experimentation to determine his true power level. 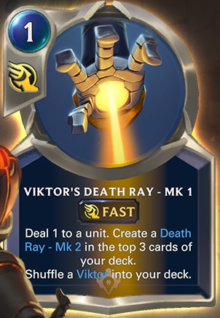 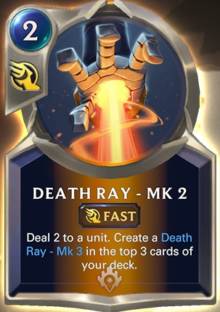 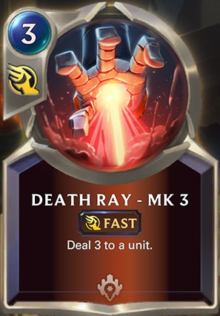 This card might be the worst card in the game right now. At the very least it’s up there. The fact that this card removes not one but two of your draws is incredibly weak.

In a matchup where removal is bad, this card is actually uncastable. You need every card you draw in that matchup to be a relevant threat and if it isn’t then you probably lose.

Beyond that, even against aggro, it doesn’t actually kill most of the cards you care about and again it’s removing relevant draws 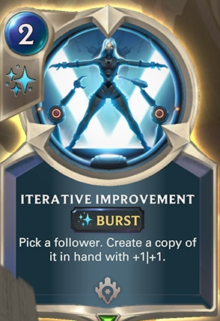 This card has a lot of potential as a powerful value tool in both combo decks and control decks. The ability to rebuy a key engine piece and make it slightly bigger is quite powerful. A good example of this is a card like an Insightful Investigator.

Beyond this, getting extra copies of key-value cards like Zap Sprayfin or Rekindler could give you a lot of staying power in many matchups.

This card also has the ability to target early cheap units to help you not die vs aggressive strategies. Copying something like a Hapless Aristocrat does a ton to help you stay alive.

Lastly, and probably most important is that it copies your opponent’s cards so this card is basically never dead and will always find use in every game if you have the mana for it.

The main issue with the card is that it’s a bit expensive so it probably doesn’t fit in more tempo-oriented decks. However, if you value flexibility over mana efficiency at all then this card is nuts.