Today’s reveal package is a mix of Demacia and Noxus cards with a lot of support for the Dragon package…Shyvana seems imminent!

In this article, our Glimpse Beyond expert, Silverfuse, gives her first impressions on the new cards. 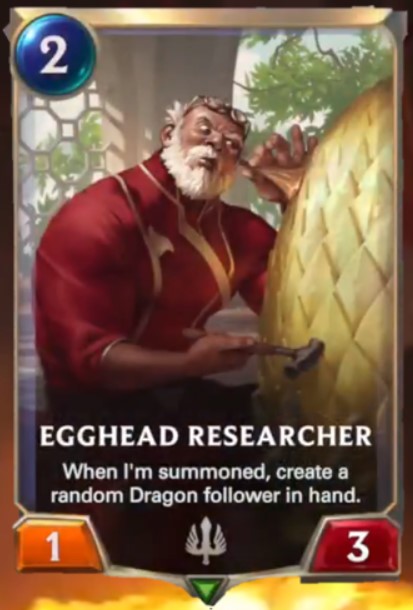 Egghead Researcher can create a long-range of Dragons, including Dragons from other regions. For example, this card has the chance to create “The Empyrean” which is an Ionian 7 mana 6|5 Dragon.

It’s hard to place the strength of the card right now as a lot of it can be highly dependent on the strength and conditions of Shyvana which should be spoiled soon! 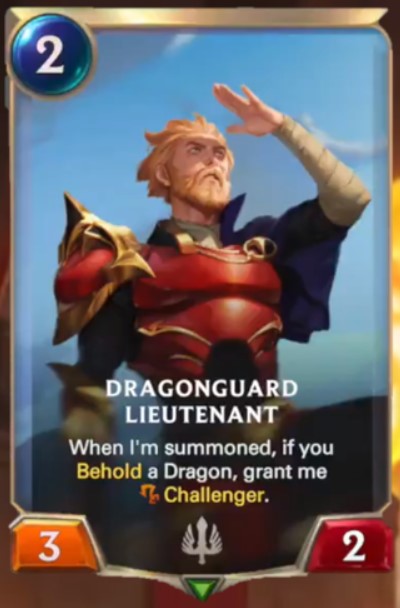 Dragonguard Lieutenant is a 3 mana 3|2 with Challenger that is incredibly strong. The Challenger is conditional with the requirement that a Dragon is in play or in hand, but in a Dragon deck, it is likely that you will fulfill this condition on turn 2.

This card is strong against aggro as well as a Challenger with 3 attack can trade into nearly anything in the early stages of the game. I expect this card to see a lot of play in a Dragon archetype. 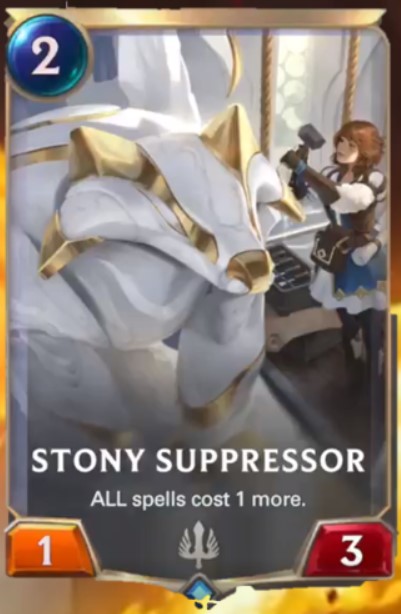 Wow! This card brings something new to the table. In Legends of Runeterra, there are a lot of cheap spells that are quite strong such as “Make It Rain” that this card can have a strong impact against.

The stat line on this card is not all that great, so this card seems to be more of a tech card in certain metas where spells are more common. This might be against Ezreal or Lee Sin decks in the future. It is hard to say if it will find a home in the next meta or not. 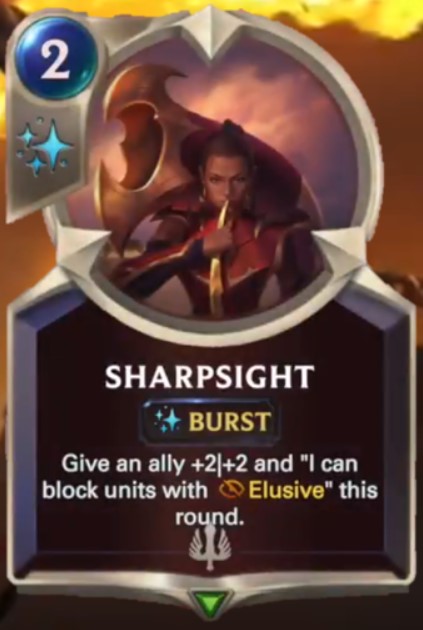 This Demacian combat trick is incredibly strong. It can be compared to Transfusion which is a +2|+2 but requires you to deal one damage to your own unit.

Sharpsight doesn’t have the downside of dealing damage to your own unit beforehand. Demacia already has fairly beefy units, so I wouldn’t be surprised if Sharpsight is part of a Demacia splash that other aggressive decks might use.

The “I can block units with Elusive” is a bonus that doesn’t make the card good, but adds additional flexibility to it. Demacia had ways to interact with Elusives in the past in the form of Challengers and some spells such as Single Combat. However, this text is helpful for Demacia as well as other decks that would like to splash Demacia. 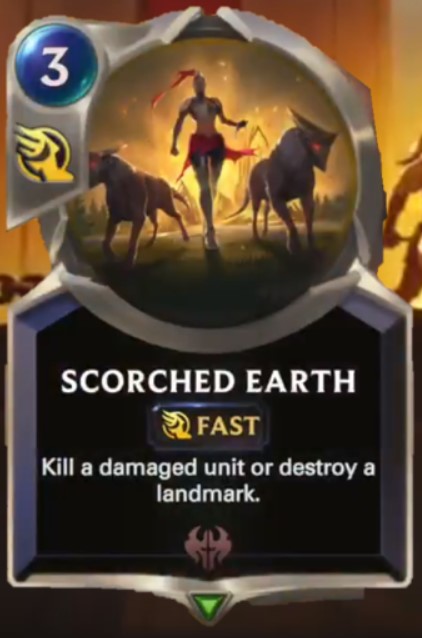 This card can be compared to Noxian Guillotine which allows you to kill a damaged unit while making another copy of Noxian Guillotine. Scorched Earth has a bit more flexibility allowing it to also target landmarks.

I assume that we will see this card a lot in the first 2-3 weeks in the meta as a landmark hate card. Even when the opponent isn’t playing landmarks, this card still has the flexibility to destroy a damaged unit. If landmarks find a spot in the meta, then I wouldn’t be surprised to see this card stick around in the future as well. 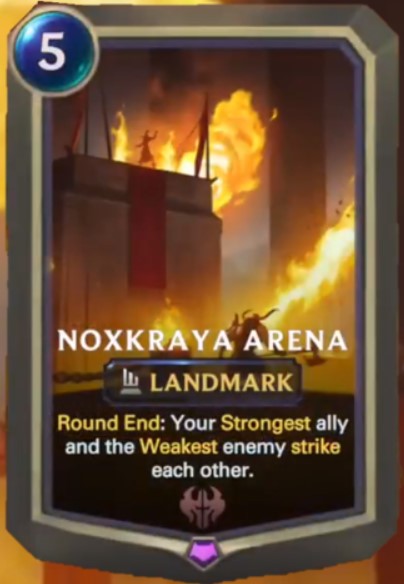 Noxkraya Arena can be compared to having a “Single Combat” at the end of each round without being able to choose the targets. This is an interesting concept that doesn’t really have a home at this time.

Five mana is expensive for this effect when you can’t control what is striking each other as there will be some cases where you don’t want your strongest unit taking damage.

There is also more landmark removal with these spoilers which makes it harder to get value of more expensive Landmarks. 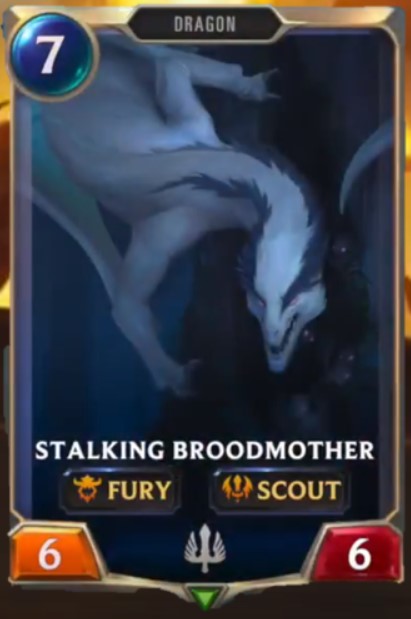 Another Dragon! Stalking Broodmother is yet another Demacian dragon with Fury but the first dragon to have Scout. It is unlikely that this Dragon will find a home in scouts due to the strength of Genevieve Elmheart.

It also might not find a main home in the Dragon archetype due to the cost. However, it seems like a Dragon that you wouldn’t mind getting from Egghead Researcher or Inviolus Vox.

The Scout combo’d with the Fury make chump blocking the Scout attack less rewarding as the Fury will give it +1|+1 and make it stronger for future turns.