Beyond the Bandlewood LoR Spoilers Day 10

Today, we will be looking at Tristana and her followers. Tristana is a leader of the Yordles and protector of the Bandlewoods and the portals.

In League of Legends, she is known for her passive Draw a bead which means that her attack range increases as she gains levels.

She is also known for her burst damage from Explosive charge and her knockback with Buster Shot. 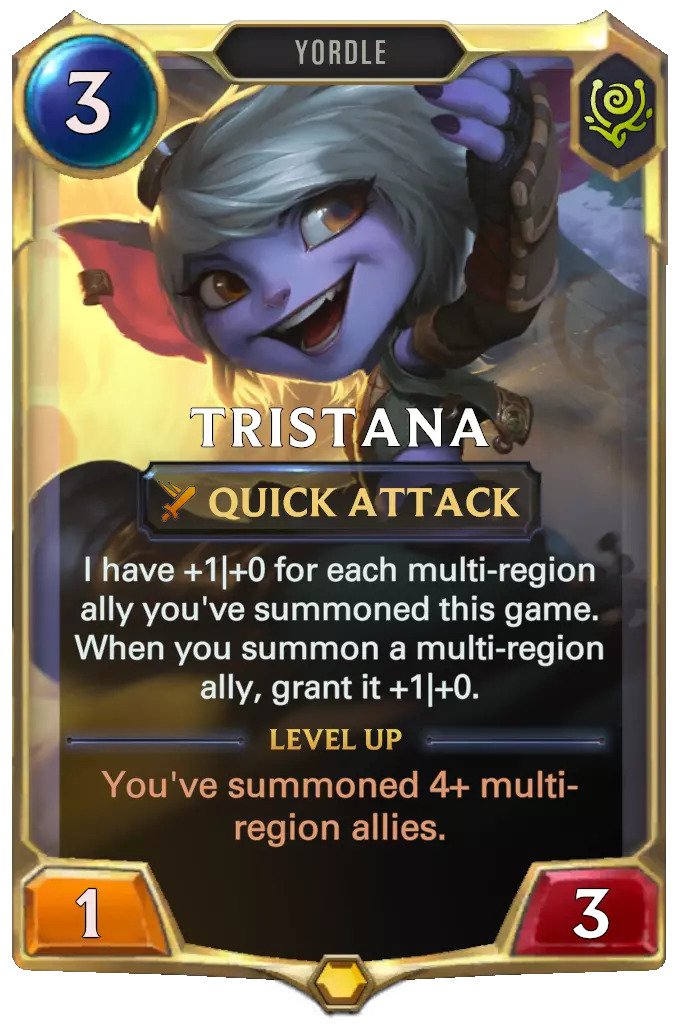 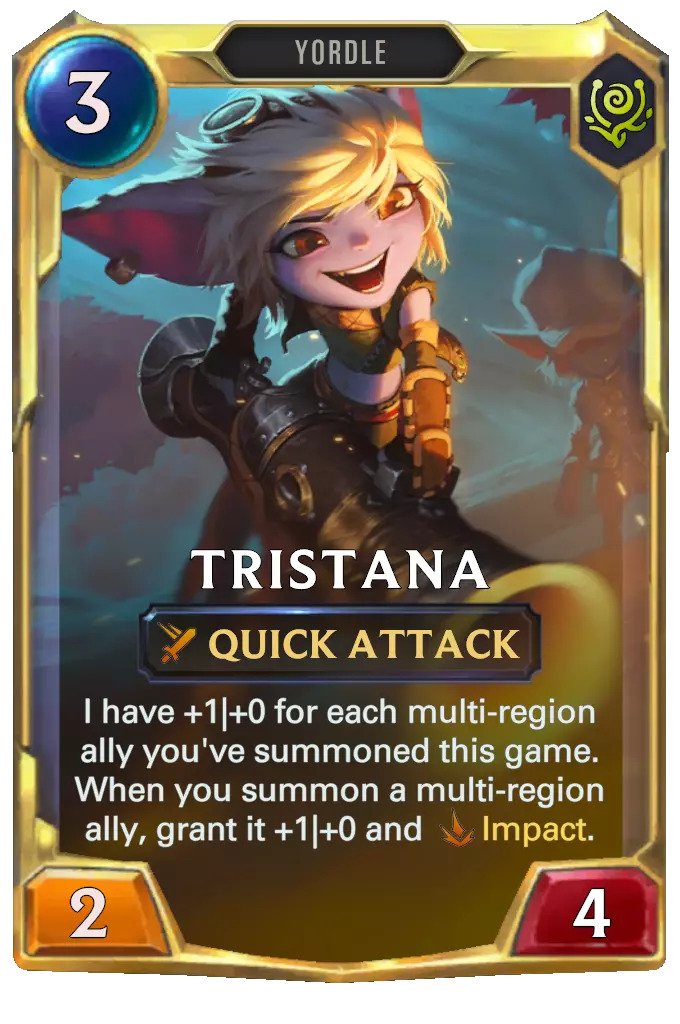 Tristana grows in attack along with the multi-region allies that you summon.

She doesn’t have to see the allies be played, so she can have additional attack or have leveled up Tristana before she hits the board.

She probably won’t be leveled up on curve, but she has the possibility of being leveled on turn 4 or 5.

This also matches her flavor of getting stronger as the game progresses like she does in League of Legends. 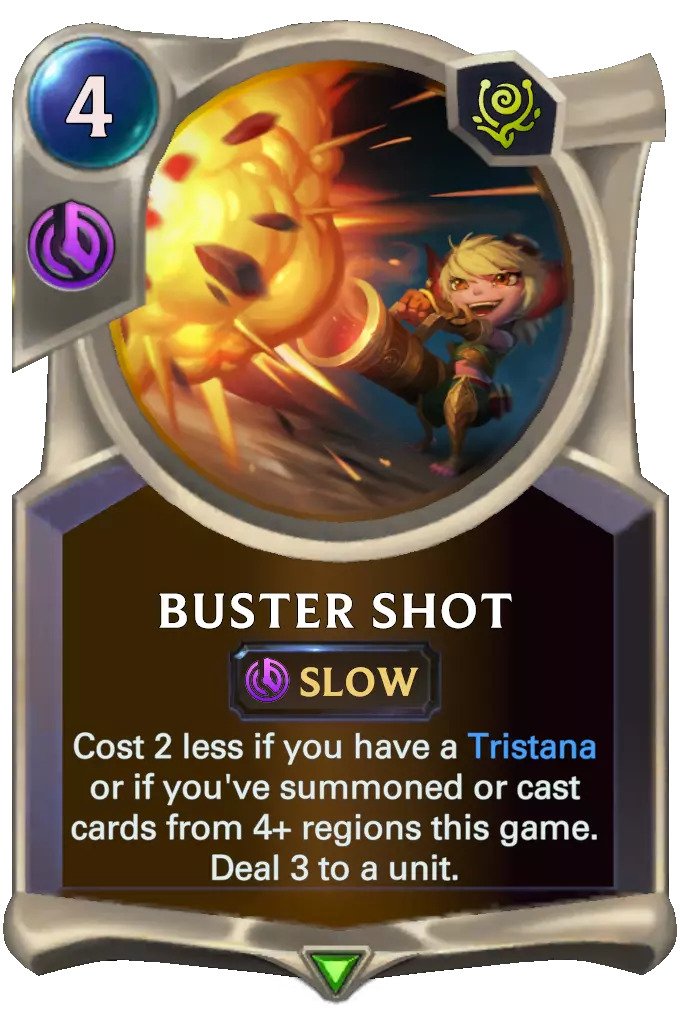 This card isn’t the strongest champion spell as at best it is a 2 mana slow deal 3 damage to a unit.

It would be much stronger if it had the ability to hit face as well. 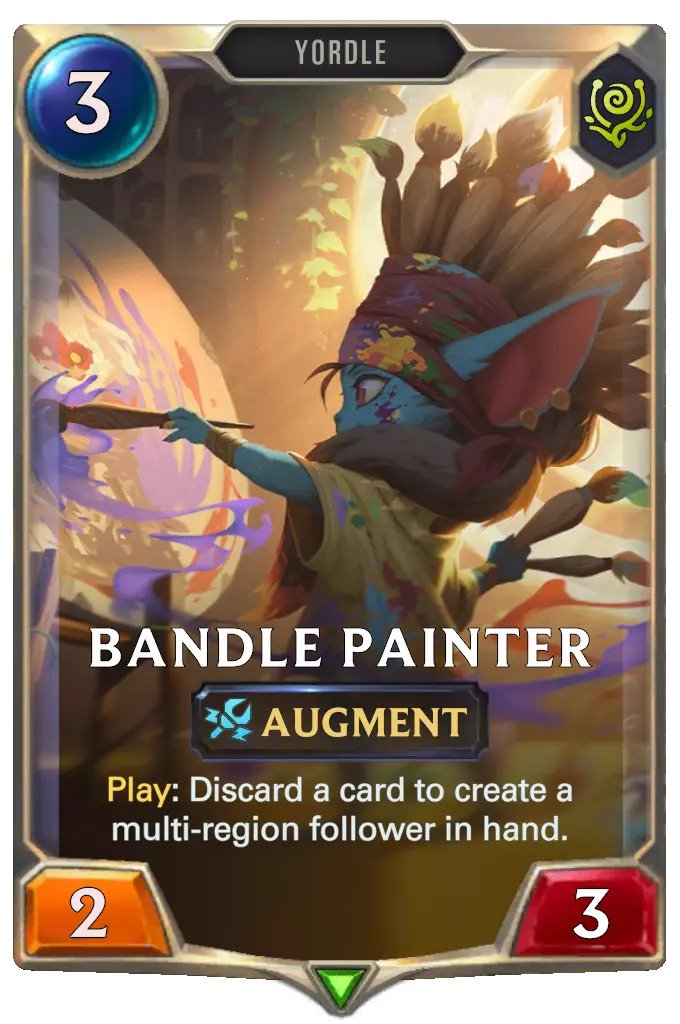 Bandle Painter creates a multi-region follower which helps Tristana and the Bandle Tree Landmark to level up.

The stats are a bit low, but Augment can help make up for the weaker stats from Prank or Puffcap cards as well as the created multi-region cards. 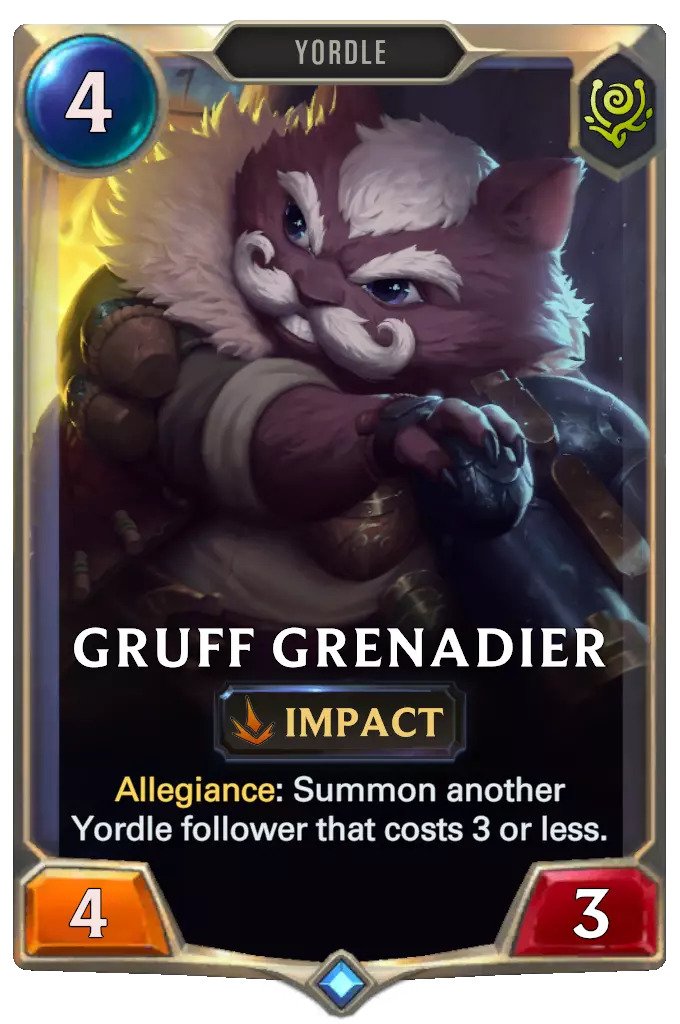 This card is quite strong especially if you summon a 3 cost Yordle.

Even if it summons a 1 mana Yordle, it isn’t bad either. A great card overall. 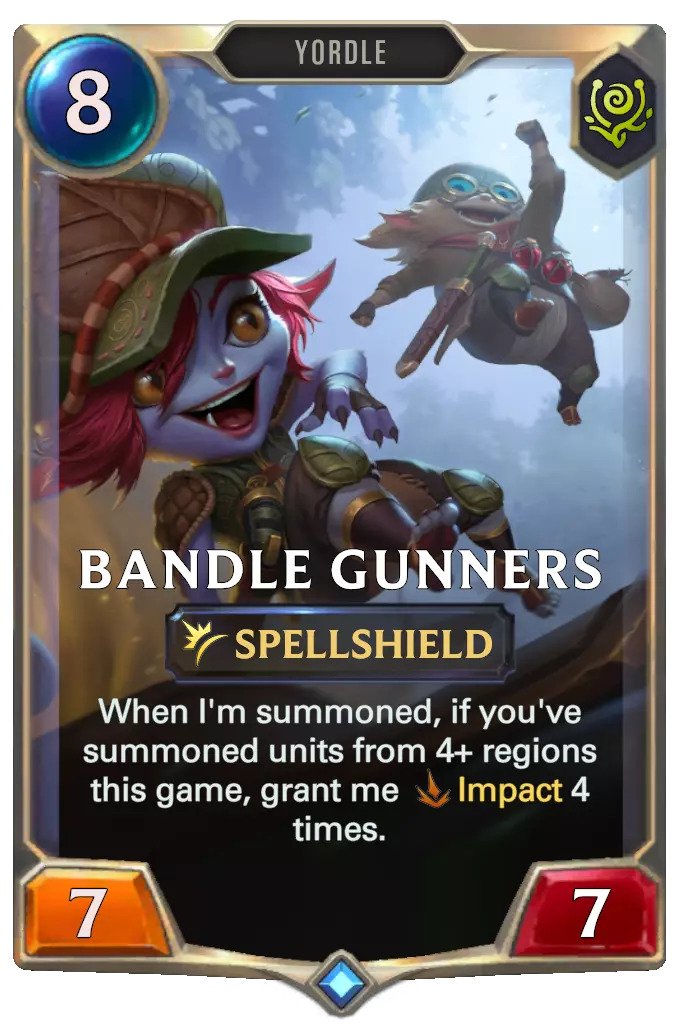 This is a card meant to close out games for Tristana.

It is a bit slow at 8 mana but the Spellshield can help it out.

It might be used in some decks to close out games for mono Bandle City. 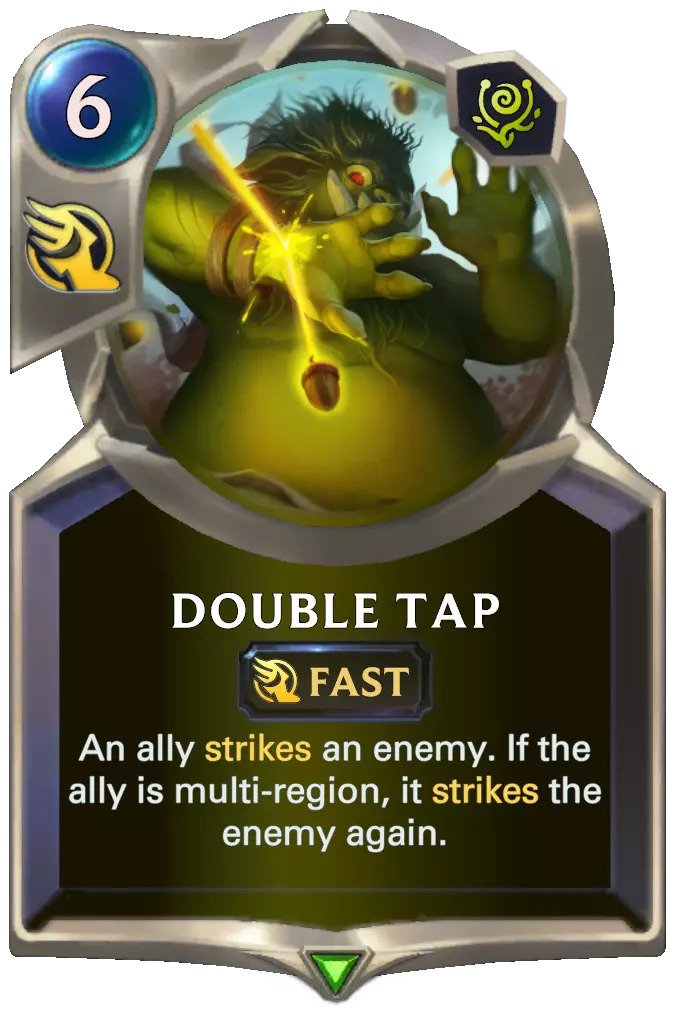 This is one of the few ways that Bandle City has to interact with other decks.

It will likely be core in the mono Bandle City archetype for that reason. 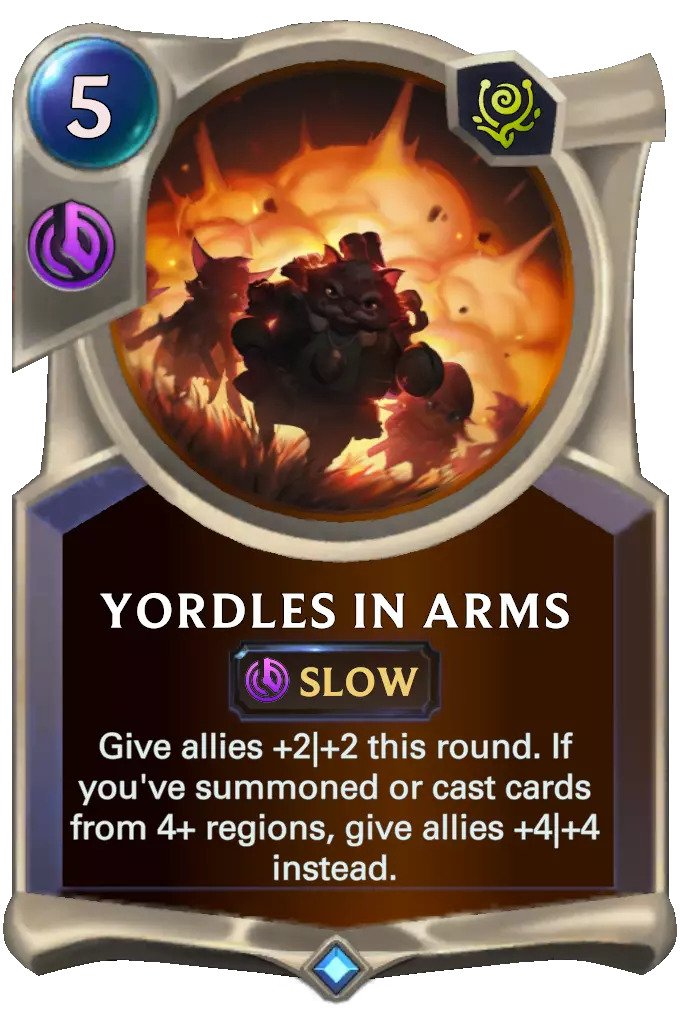 This card is very strong with Elusives. Being able to give +2|+2 to everything especially if they have elusive is game-ending.

Without the Overwhelm, it isn’t is good for decks outside of elusive. 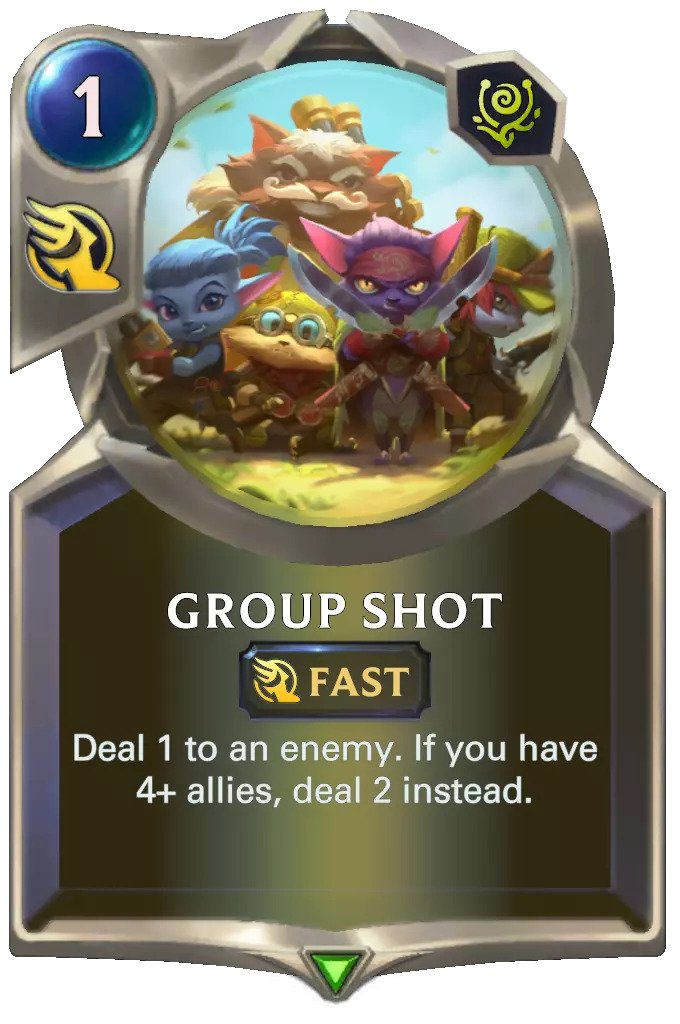 This is a fast spell tool for Bandle City.

However, you are generally fairly ahead with 4 allies already.

This card also doesn’t have the ability to go face which hurts the card a bit.

The card seems fine and might pop up in some Bandle City decks. 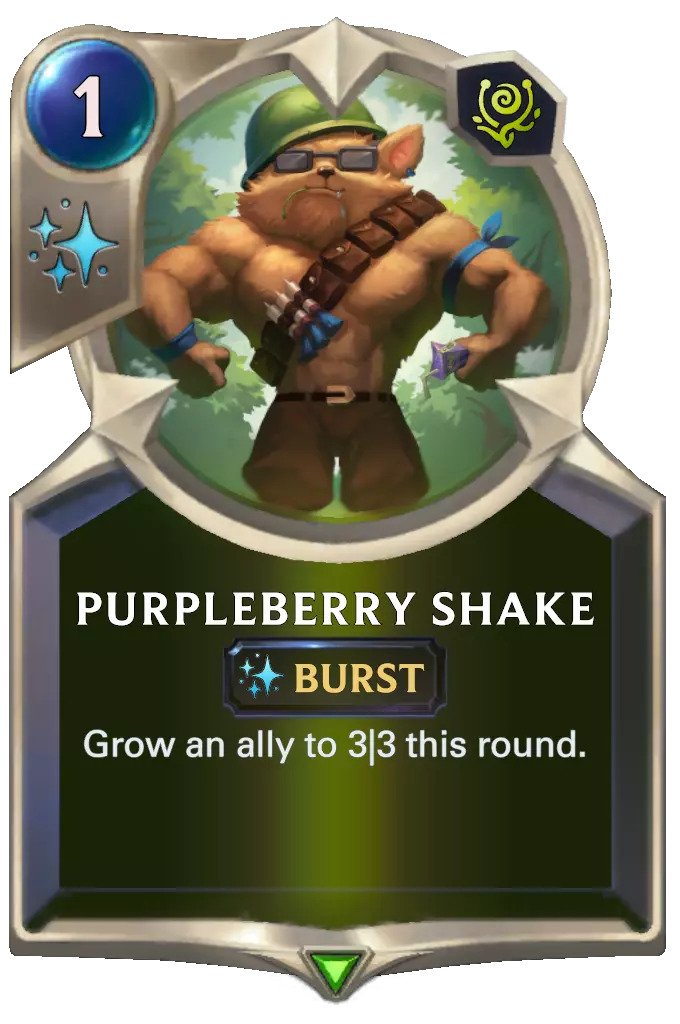 This is one of the stronger cards revealed in the set, especially for Elusives.

Personally, I expect to see it in Teemo Puffcap decks as well.

Any unit with good keywords that is a 1|1 or has one health benefits greatly from this buff.

It is also good for cards like Flame Chompers who benefit greatly from the temporary buff.

This card will likely hit many decks.