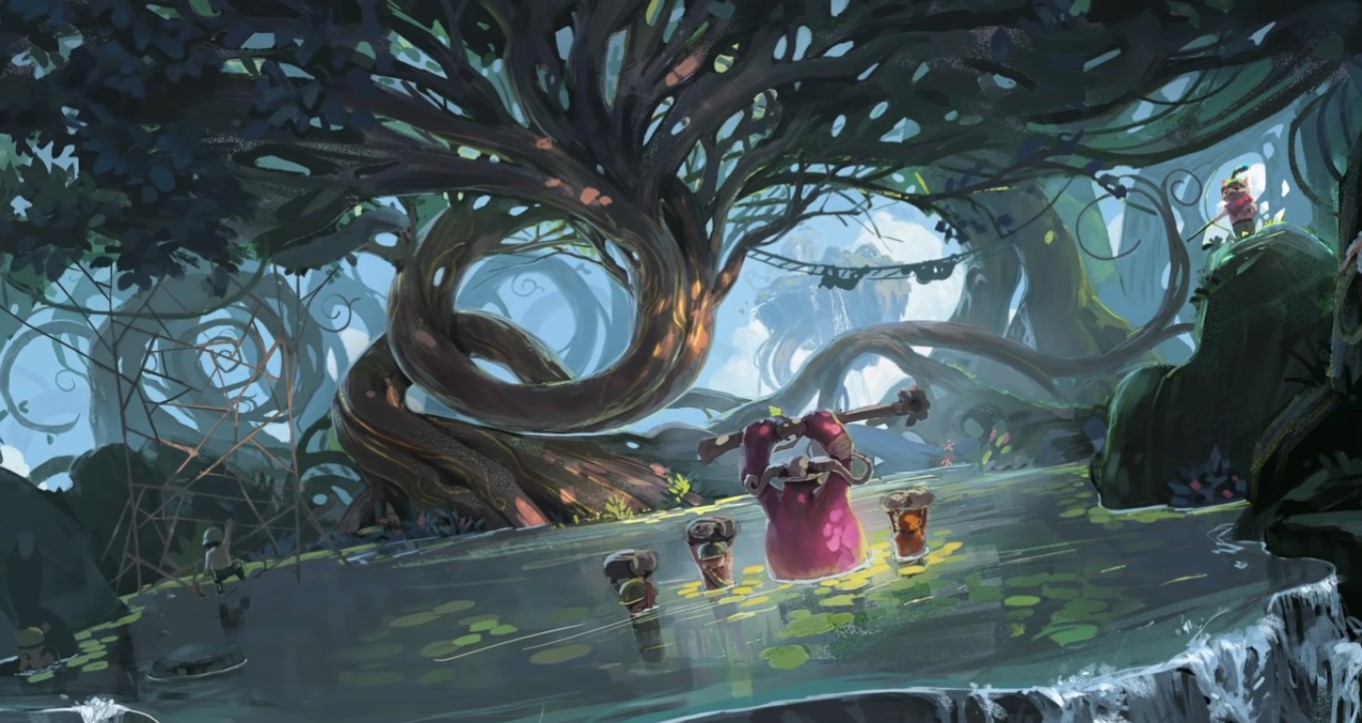 Yordles. You either love or hate them.

With the announcement of the Bandlewoods, there is speculation of what Yordles might be added to the new region and maybe the possibility of champions being repeated as other Yordles such as Teemo and Lulu already have homes in other regions in Legends of Runeterra.

I wanted won’t be speculating on what champions will be added to Bandlewoods, but more so hints, potential flavor, and mechanics of the Bandlewoods.

In Riot’s most recent update: “What’s Next in 2021 | Dev Video” Game Director Andrew Yipp drops a couple of hints when talking about the new region!

Before we get into the quote, I wanted to take a quick look at what Bandlewood is according to lore.

Bandle City is a mysterious, spirit realm in Runeterra that mortals often speculate on but it is not the same as the Bandlewoods!

Yordles can use hidden portals to travel throughout Runeterra and also have access to Bandle City.

This brings up the question: What is a “Bandlewood”? Bandlewoods are the area around the hidden portals as the portals leak some magic which causes colorful overgrowth to happen on Runeterra’s land. 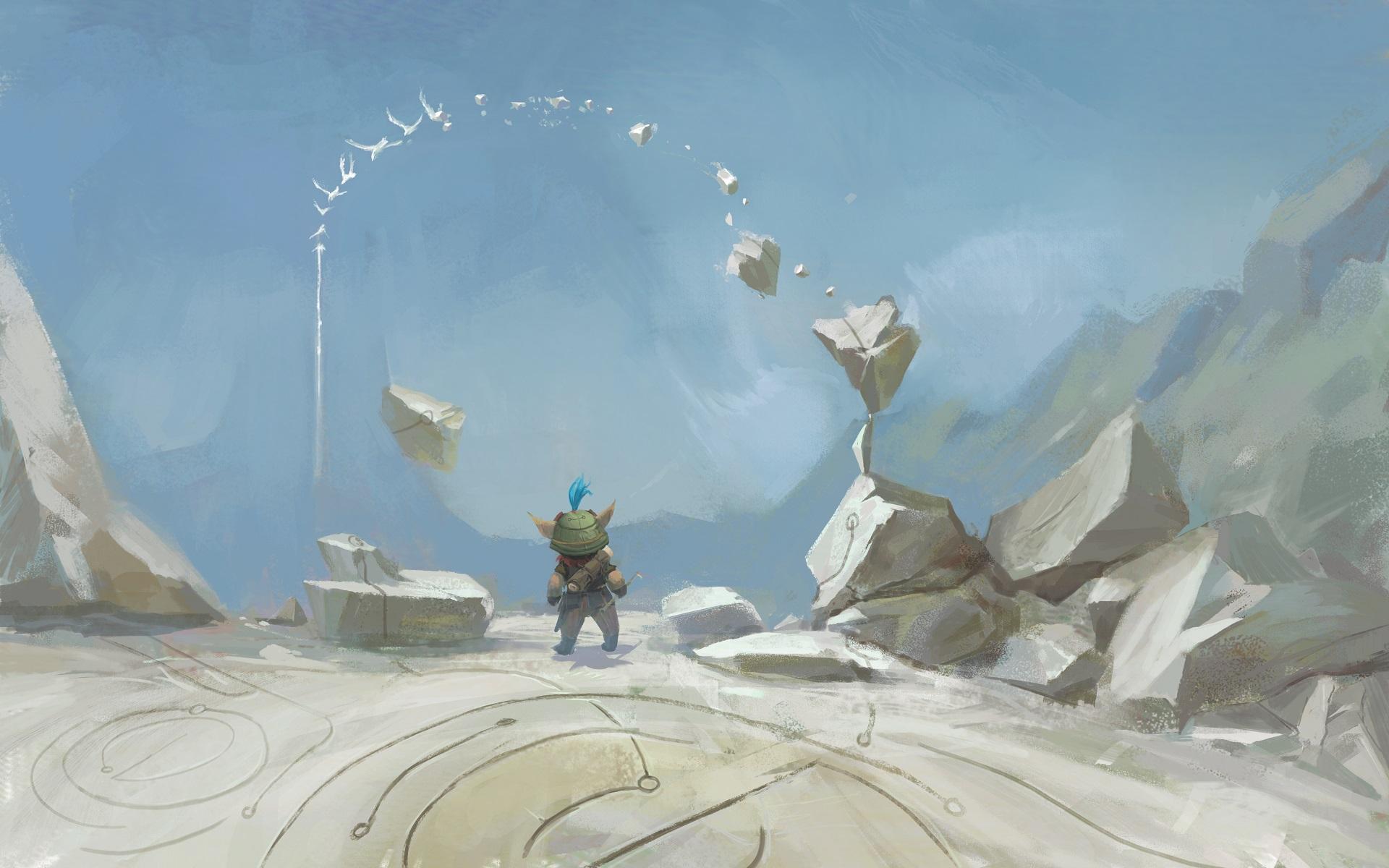 From the LoL Universe site.

This could mean that the Bandlewood cards might be in various locations of Runeterra at different portals rather than being in the spirit world itself.

It is important to note that Bandlewoods are a safe haven for Yordles, so this could mean that we have Yordles from Bandle City but also from other, associated regions.

Will there be dual colors/regions?

Because Bandlewoods are scattered throughout Runeterra, this makes me wonder if there is a possibility that Yordles such as Teemo might be Bandle City as well as Piltover and Zaun.

Who knows, maybe other cards might have two regions that they belong to.

I would guess this would most likely be Bandlewoods + another region. I would be surprised if there were many types of these cards (if any at all).

Runeterra is a fairly new game, so dual color cards is something I expect further down the line, but if it is limited to one region then that might be a different story. Let’s get on to Yipp’s quote that has several hints in it.

Here is the full quote before I break it down:

“It’s the region that is everywhere and nowhere. Full of magic, whimsy, mischief, and lots of Yordles. We’re going to Bandle City! And beyond the Bandlewood we’ll journey through portals with Yordles and meet tons of champions all across all of Runeterra.

Wherever their curiosity leads, they’ll discover new friends and reconnect with old ones along the way. Keep an eye out for the tricksters though, and maybe pull a few pranks of your own.”

This gives a lot more clues than meets the eye. First, “It’s the region that is everywhere and nowhere.”

I covered this earlier saying that there are portals with Bandlewood surrounding them throughout Runeterra, so there isn’t too much more to dig in here.

“We’re going to Bandle City! And beyond the Bandlewood we’ll journey through portals with Yordles and meet tons of champions all across all of Runeterra.”

After further inspection, this quote confirms that we will be entering Bandle City and not just the Bandlewoods.

I do think there is a possibility that Bandlewoods might have a magic, surreal feeling more like Targon and possibly the peace of Ionia.

Who will we see?

Yipp’s quote also mentions that we will meet lots of champions through Runeterra. As most players know, there are multiple champions that don’t have a regional home in Runeterra.

I wonder if there is a possibility that some of these champions might find a home in the Bandlewoods as there are a limited number of Yordles.

He also mentions traveling through portals which also reminds me of Targon as you might have noticed Stomper and Zoe have portals in their card art.

I assume the Bandlewood Portals are different from the Targonian ones, but it makes me wonder if these will just be card art or potentially a card similar to the likes of Syncopation.

“Wherever their curiosity leads, they’ll discover new friends and reconnect with old ones along the way.”

To me, this just screams that there will be champion repeats. Reconnecting with old friends along the way makes sense.

This makes me wonder if there will be different names for the champions and will they be similar to skin lines from Runeterra?

It’s hard to say, but I can’t wait to see! The discovery of new friends is pretty obvious as it is saying there will be new champions. Not much of a surprise there!

“Keep an eye out for the tricksters though, and maybe pull a few pranks of your own.”

I also think that this is a huge hint for the flavor of the region. Yordles are small but often mighty. There are also multiple characters who are known to be tricksters.

I wouldn’t be surprised if like Yordles in League of Legends that there are annoying mechanics that these Yordles share as well. This makes me almost want to guarantee that Elusive will be a keyword present in the Bandlewoods. 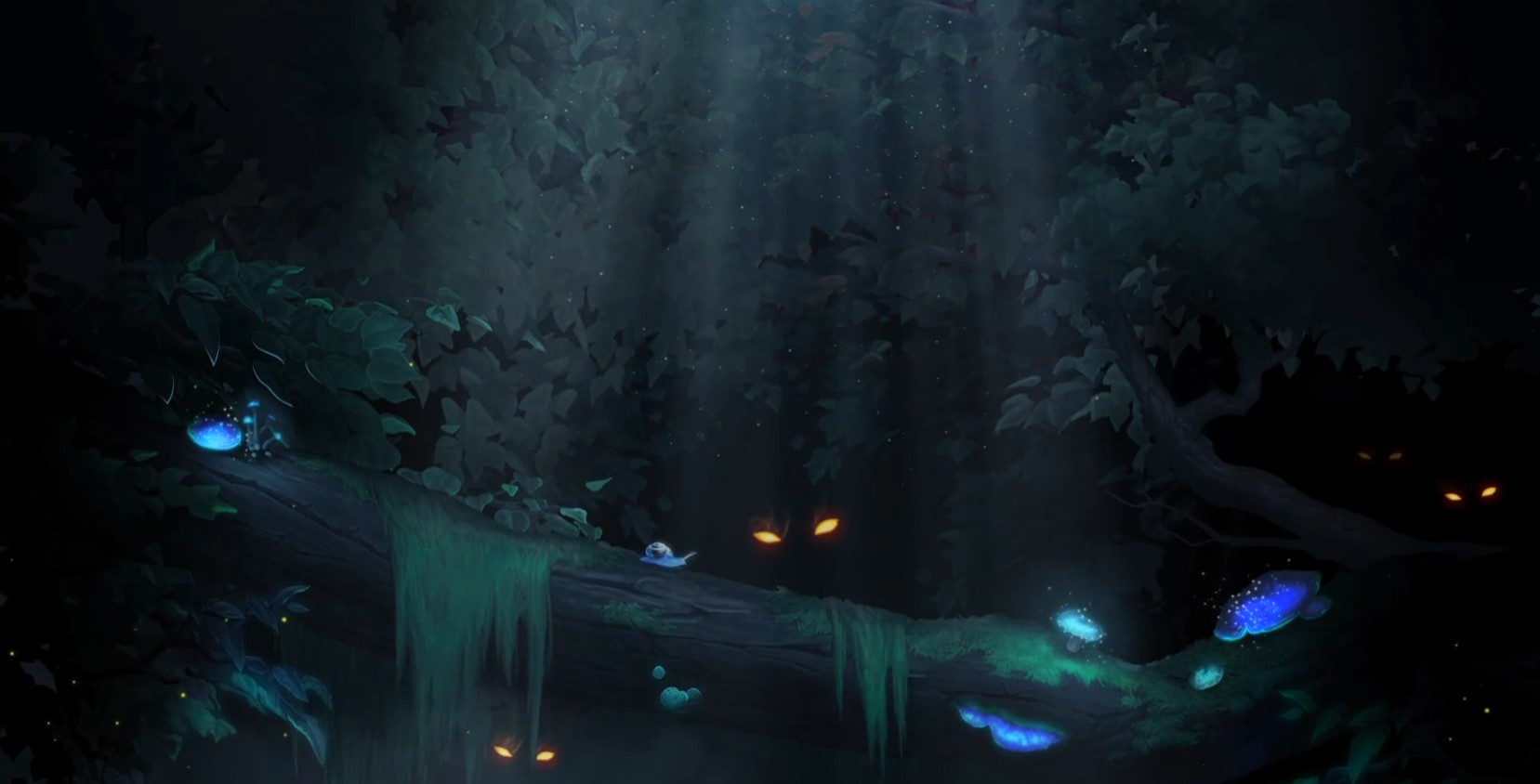 I’d be shocked if it wasn’t. The “maybe pull a few pranks of your own” makes me lean toward it being a region that also has access to multiple combat tricks.

This would also make sense with the idea of Yordles being tiny but also mighty (with the help of some combat tricks).

There is also the possibility that this a reference to Yordles using Glamour. Glamour is a magical powder that changes a Yordle’s appearance to a more favorable to whoever is looking at them.

This makes me wonder if there will be more choose one or the other type cards that look more favorable to you. The Wings and The Wave would be an example of this mechanic that I wouldn’t be surprised expanded into the new region as well.

A lot of players aren’t sure what to expect from the Bandlewoods, and I’m not quite sure either but speculating sure is fun! This is the tenth and final region being added to Runeterra! I can’t wait to see what we get in Legends of Runeterra next!