I’m Jordan “WhatAmI” Abronson and I’ll be your conductor as we investigate what powerful new cards we’ll all be forming cults about when the set drops.

Today we’ve got what are likely the helpers for the upcoming Wuju master himself.

Let’s check them out! 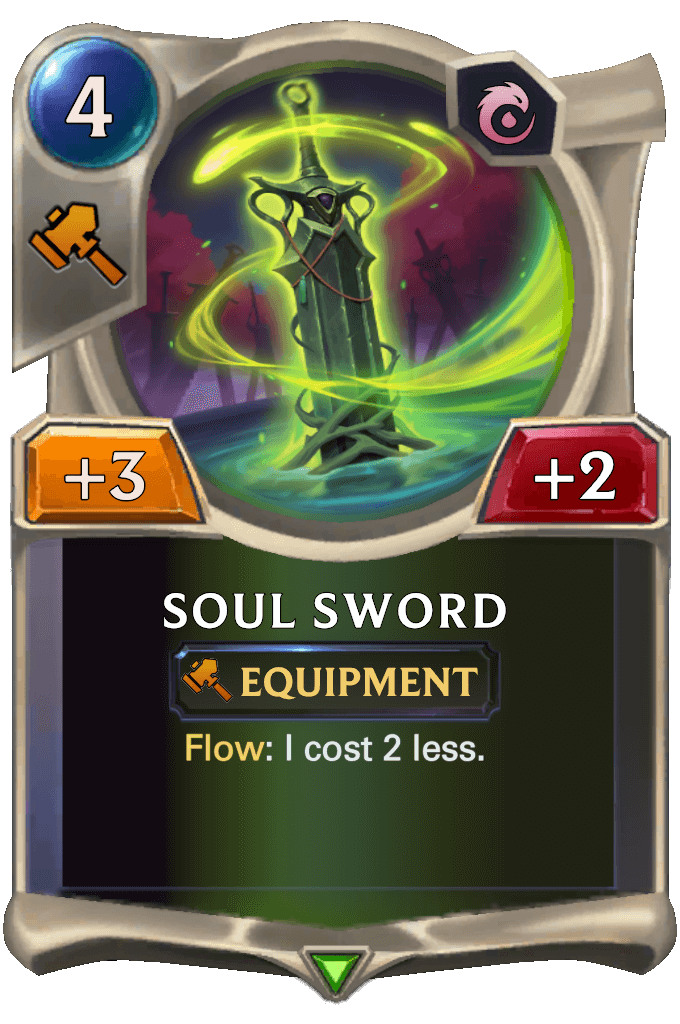 This calls to mind the Bilgewater equipment that we’ve already seen. That one gives +2/+1 and reduces itself from 3 mana to 1. This iteration shifts to Ionia and bumps both the power of the equip and the minimum cost to +3/+2 and 2 mana post reduction.

All that said, the shift from Bilgewater to Ionia is also quite large. While this seems like the weaker version between the two, it’s quite possible that both manage to see play in their respective decks. Look for the synergies in Ionia that come from equipment to decide the power level of this card. 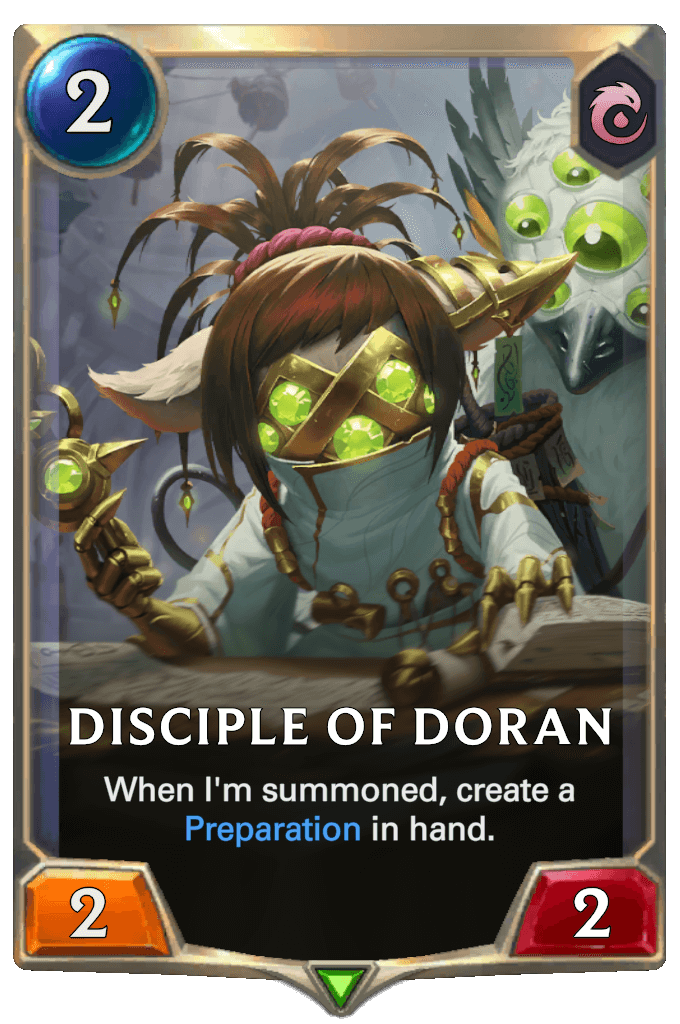 Okay, real talk, cards like this scare me. Any time I see un-bounded mana reduction I get combo vibes. This is effectively a two mana 2/2 that allows you to bank an extra spell mana later for one-time use later in to the game. It will skill test by requiring you to predict what you want to play, but that will be its normal effect. 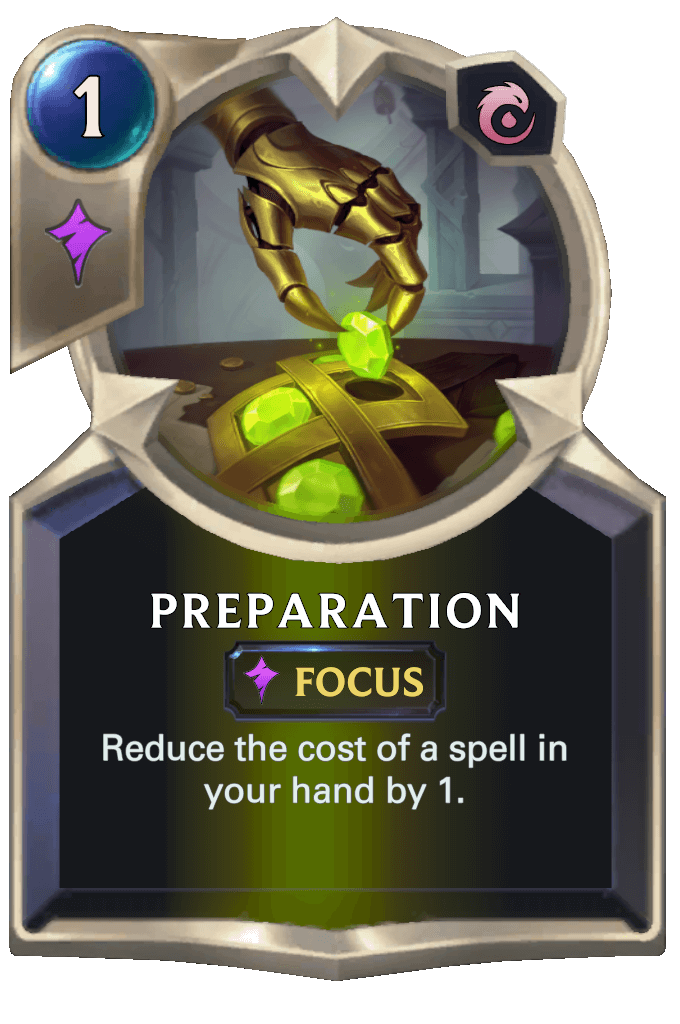 This looks like it can either be used to power out a large spell a turn earlier than it should be able to or enable a flurry of spells on a specific turn. This also does quite well with anyone that cares about spells or spell mana. Lux and Lee are going to love anything that is effectively a zero-mana spell.

The first thing that pops to my mind here is Feel the Rush. I’m a degenerate ramp player and dropping a pair of 10/10 champions into play another turn early is something that appeals to me. Doing it while making a 2/2 body to survive the early game is even better. 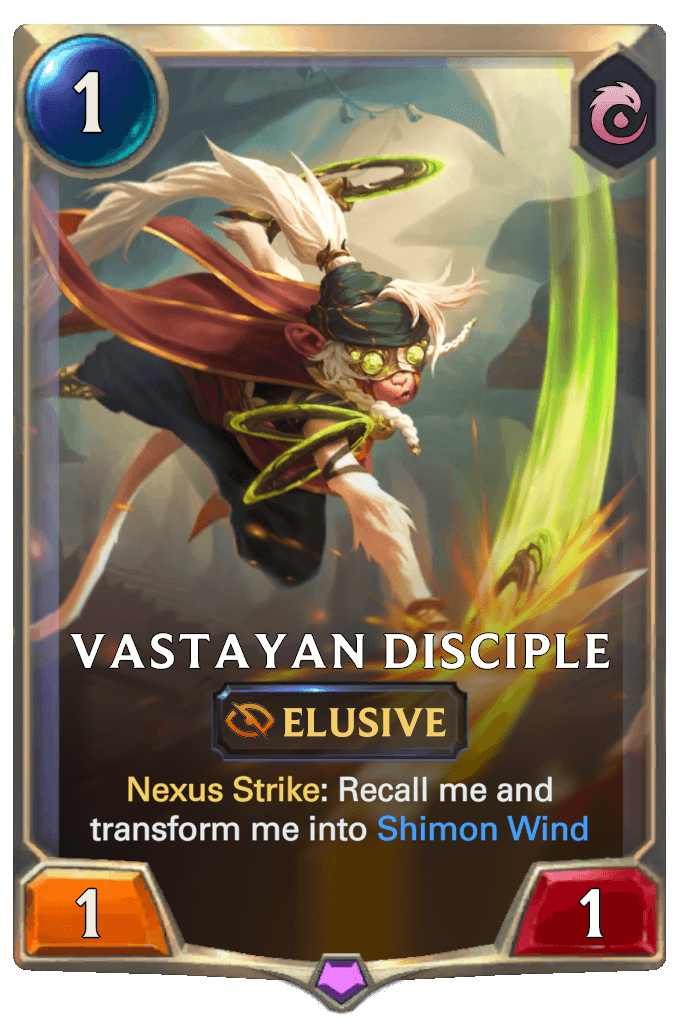 So when a Dancing Droplet and a Mourned love each other very much….Yeah, another *really* solidly powerful Ahri card comes out. This also hints at another champion we might get to see.

I’m seeing definite elements of Both Master Yi and WuKong here. And while the Wuju master is definitely predominate I cannot lie that seeing an awesome spinning monkey would be pretty cool. 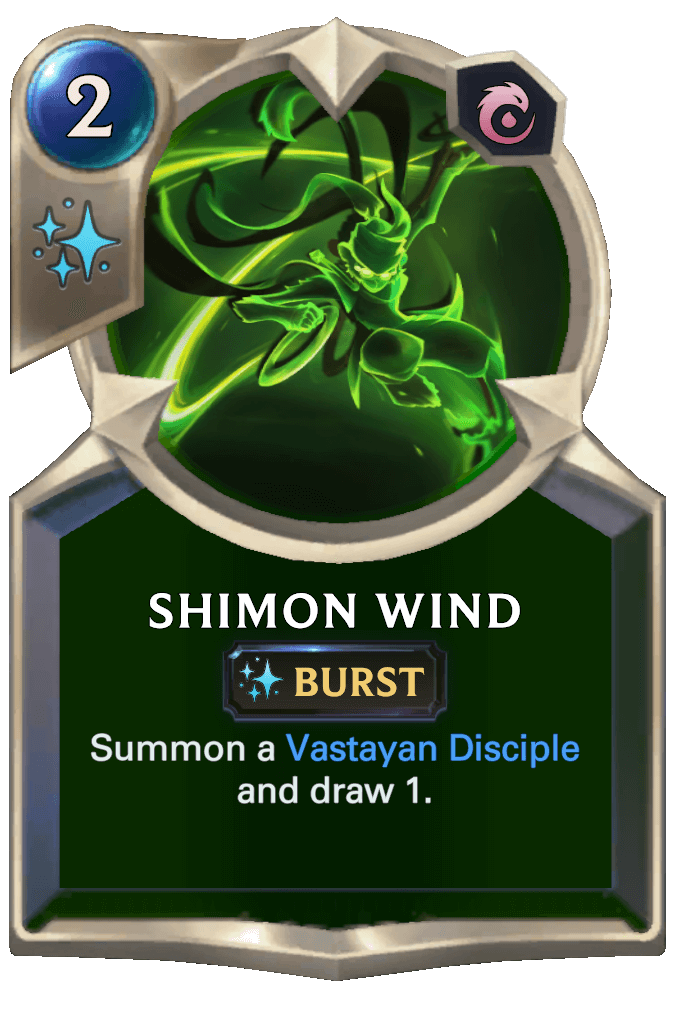 I’ll also note that this is a pretty powerful self-contained draw engine for any kind of elusive aggro or burn deck. If this card isn’t dealt with that while it is definitely a mana sink it will spiral out of control by pushing damage and drawing other aggressive cards extremely quickly. 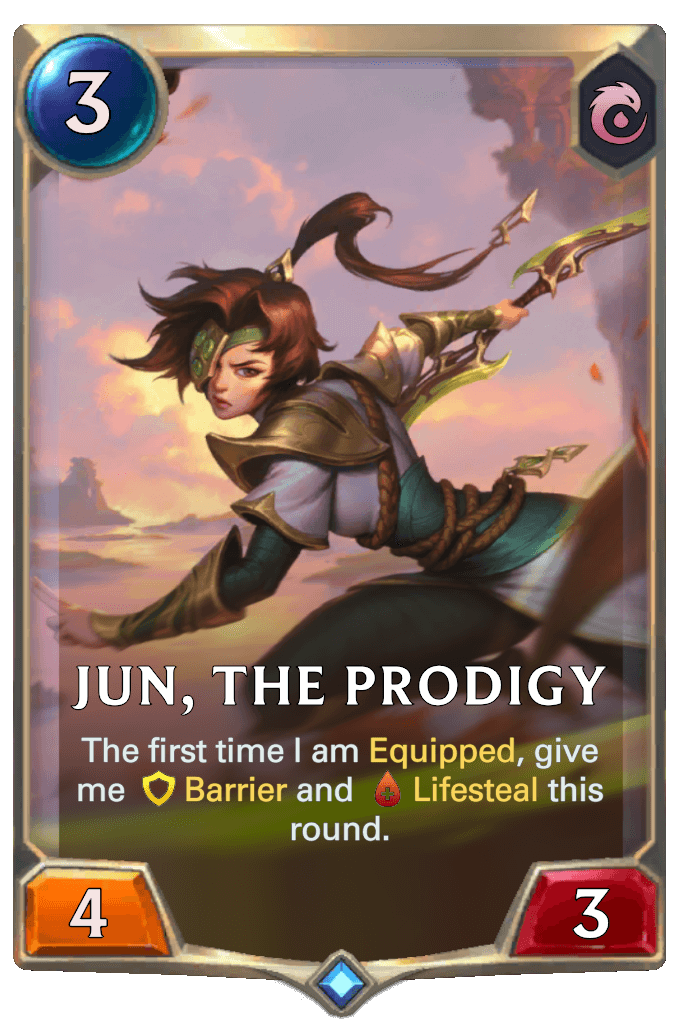 This one feels like a really solid midrange card in any equipment-oriented deck.

As a four-power attacking unit it will demand some level of respect for the pressure it ends up providing. On defense, the barrier and life steal that you’ll be able to choose when to generate will also be huge.

Having cards that are simply role players in these archetypes is a really big deal. This is a card that, if the archetype is good, won’t be necessarily amazing in any one spot, but being ok in basically every spot will enable the entire deck to function as a significantly more cohesive whole.