In this article, I’m going to go over today’s exciting new card reveals. 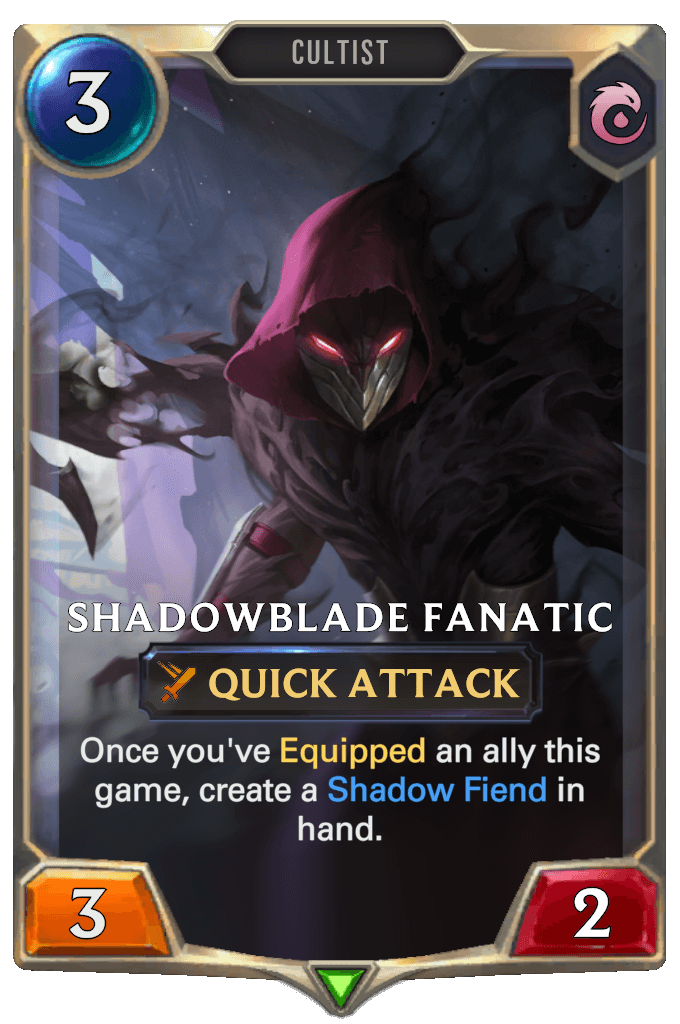 Shadowblade is a solid 3/2 Quick Attack unit that generates a Shadow Fiend if you’ve played an Equipment.. Due to Kayn’s deckbuilding, you are able to play him in any deck with Kayn since he’s a Cultist.

This may see play depending on if you need more Cultists to search Kayn or want early game Equipment payoff. His Quick Attack can also benefit greatly from Equipments making him a thread in the early game. 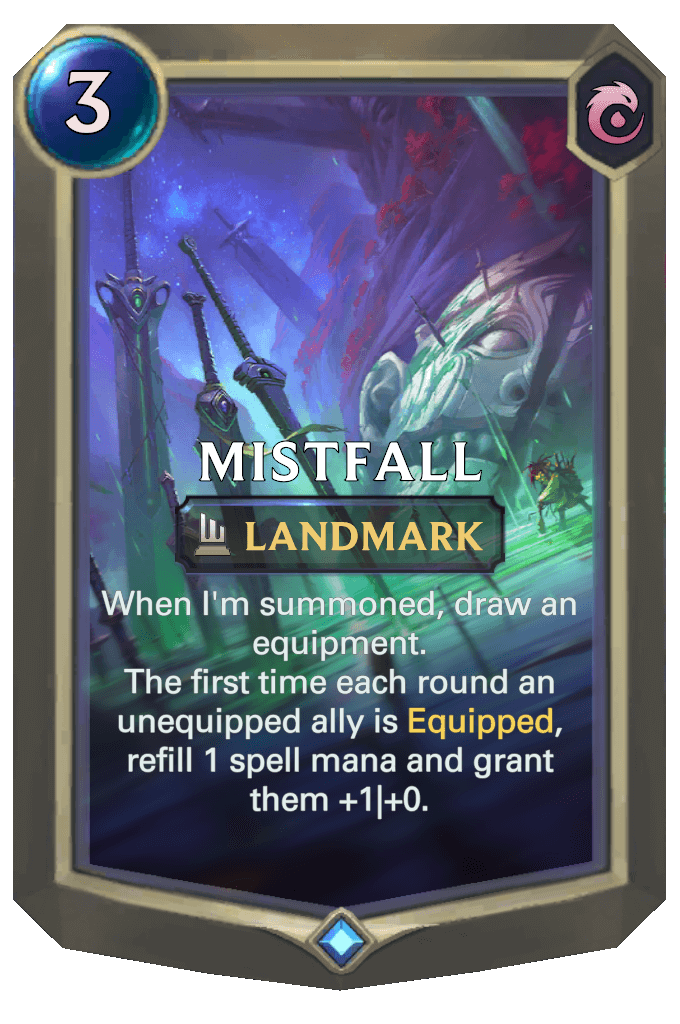 Mistfall is a 3 mana Landmark that draws an Equipment, refills a spell mana and grants a unit +1/0. Mistfall is a powerful card because it can help the consistency of Equipment based decks.

In past history, gaining mana has also shown to be a tier 1 effect such as Veiled Temple. On top of all this, it also buffs your equipped unit +1/0. This card is in Ionia so it potentially could be new routes to play decks such as Lee Sin. 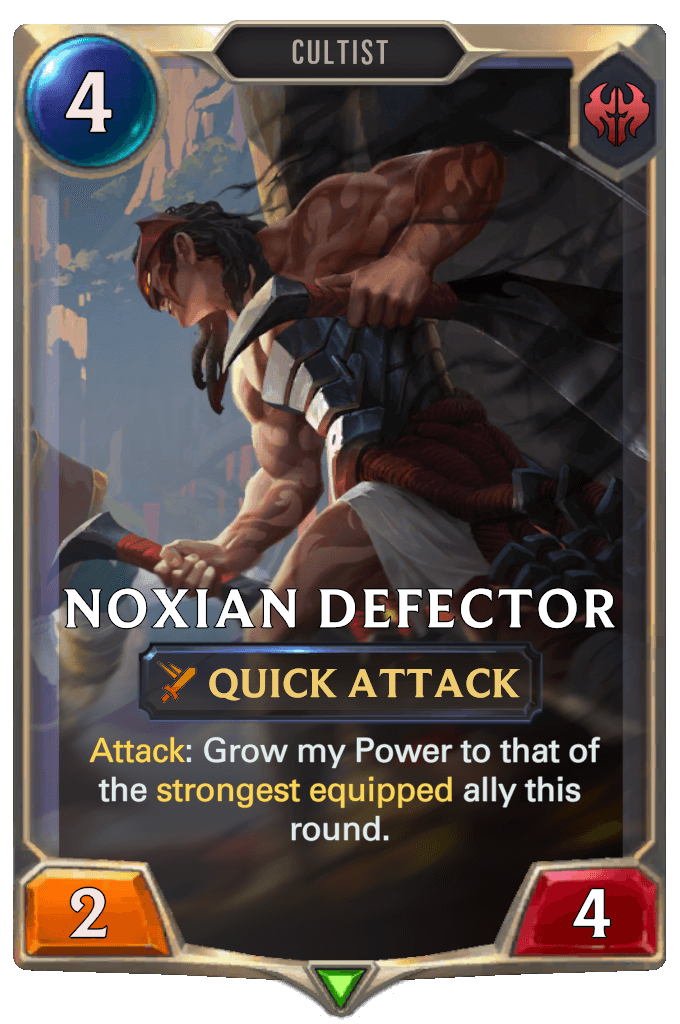 Noxian Defector has Quick Attack, grows his attack and is a Cultist. Noxian Defector gives you payoff for Equipping units early since it can grow it’s attack to theirs, essentially doubling the threat.

His Quick Attack makes him able to attack safely while pushing his huge stats. Noxian Defector is also a Cultist so he can be played with any deck with Kayn. 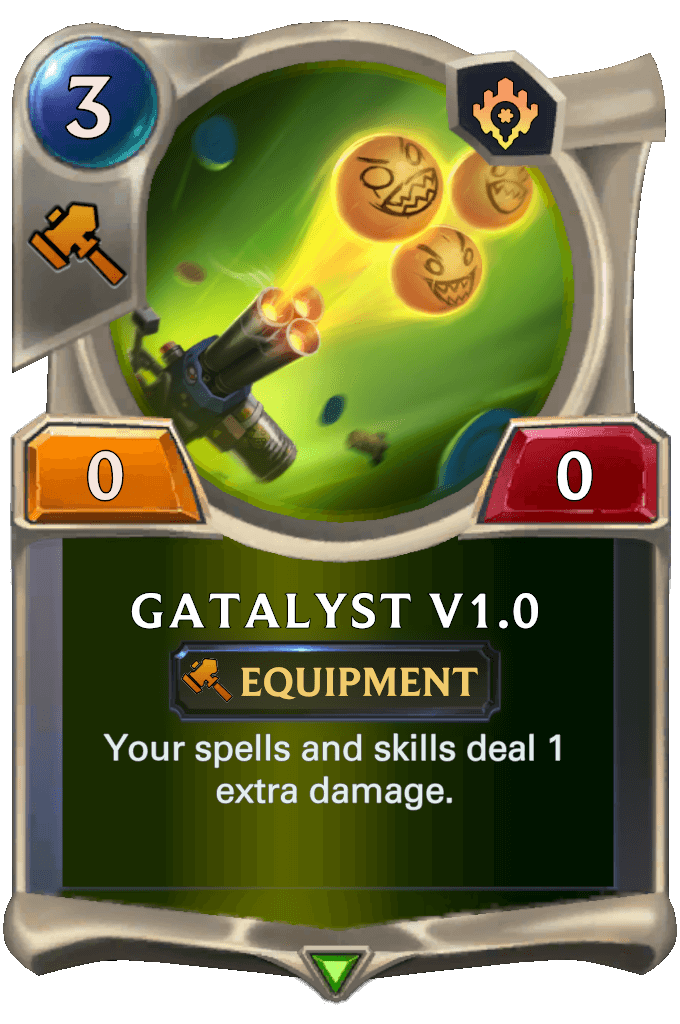 Gatalyst is essentially Funsmith in Equipment form. Gatalyst buffs all your spells and skills by 1 damage.

The unique thing about Gatalyst being an Equipment is if they kill it, it will go back to your hand. This allows you to reliably buff your spells/skills even if they have removal. 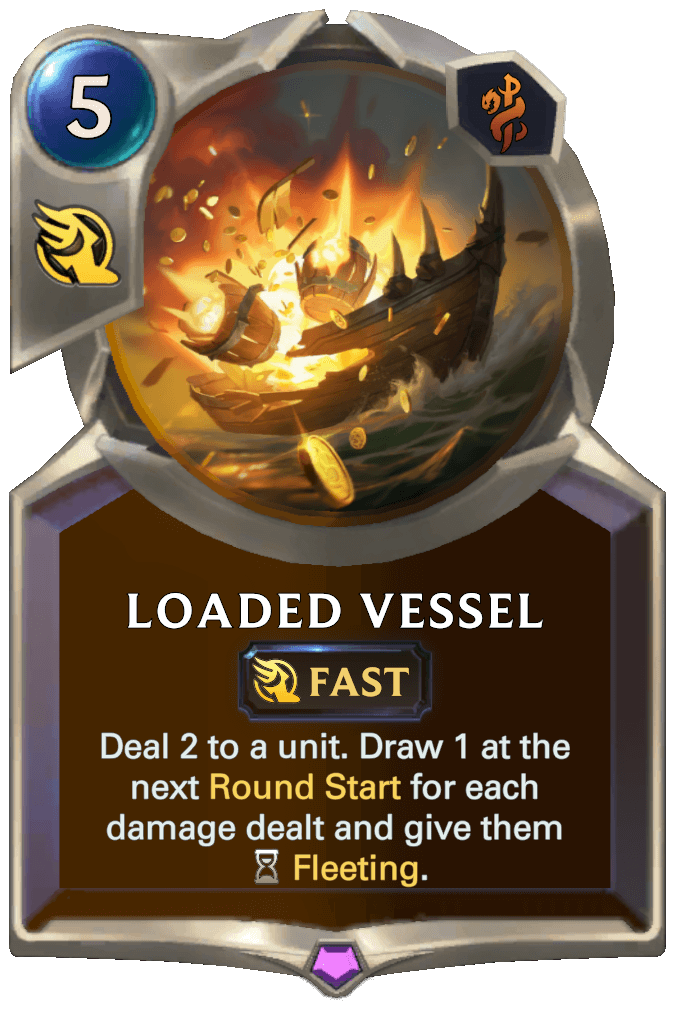 Loaded Vessel is unique in that it’s both removal and a draw spell. Loaded Vessel deals 2 damage and then you draw fleeting cards next turn up to the damage you dealt.

Since Loaded Vessel is in Bilgewater, you can combine this with Kegs to draw more cards and deal more damage. 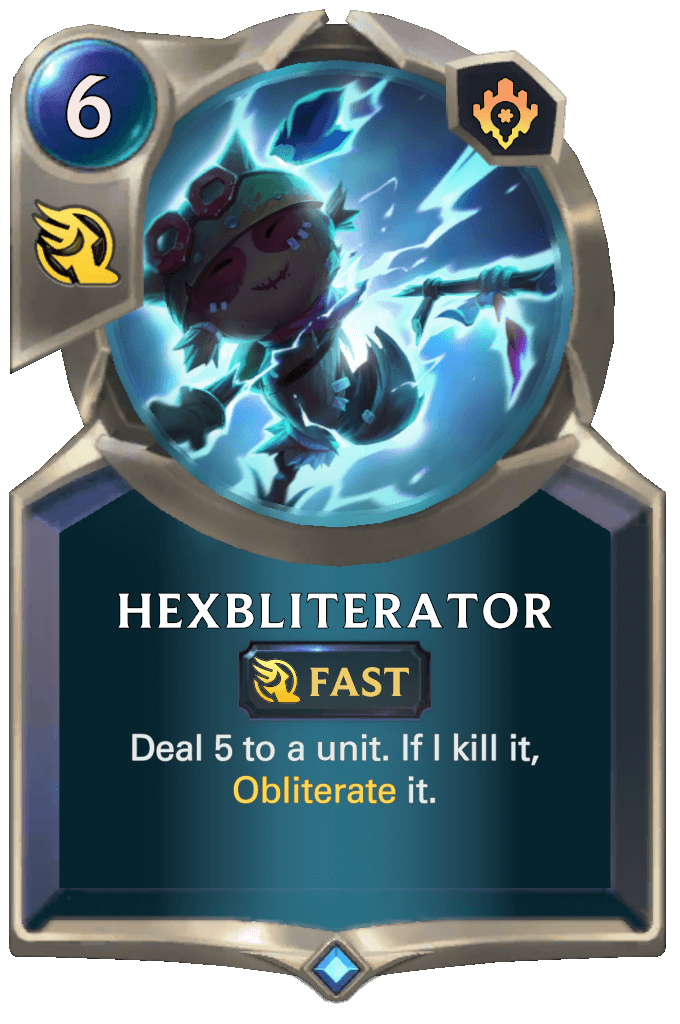 Hexbliterator deals 5 to a unit and if it kills it, it Obliterates it. This is useful at stopping powerful Last Breath effects as well as removing the ability for units to be reborned.

A perfect example of this is using Hexbliterator on Anivia. First off, Anivia will not turn into Eggnivia since it was Obliterated. Then, it also would remove Anivia from potentially being reborned by The Rekindler. This is a great example of how this card can see play in certain metas. 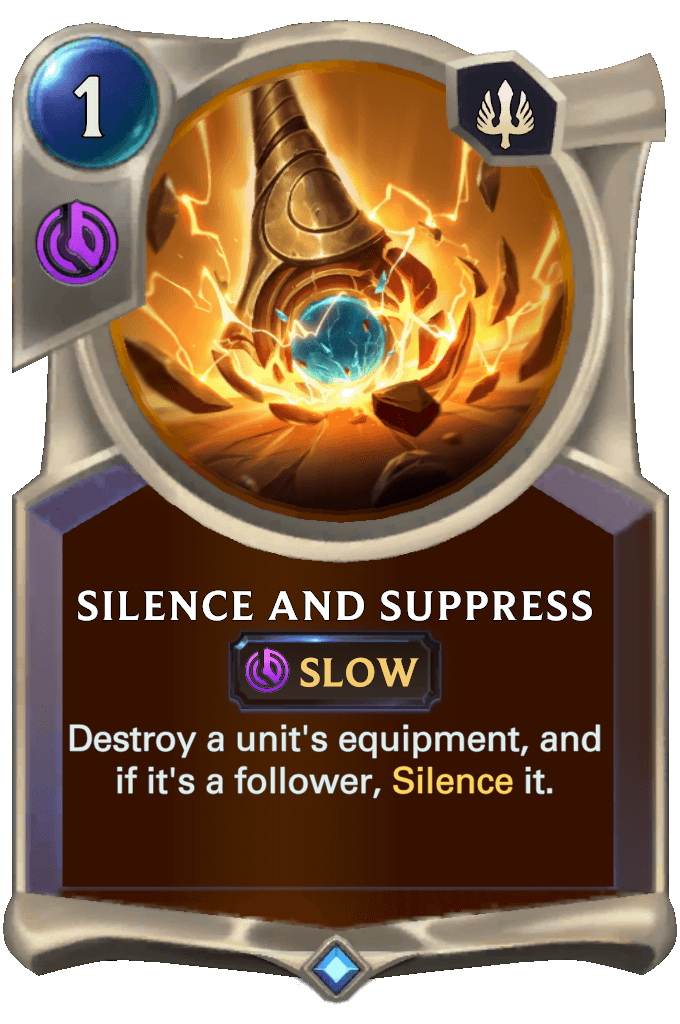 For only 1 mana Silence and Suppress destroys an enemy’s Equipment and if it’s a follower it Silences it. This is great counterplay to the heaps of Equipment cards being released this set. The downside of killing an Equipment is it goes back to their hand.

This card being cheap is amazing to swing tempo in your favor since it will usually cost less than the Equipment they spent mana on. This card also Silences the unit on top of this if it’s a follower. This is particularly good because usually you want to stack Equipment on units with strong effects or keywords to maximize their value.