It’s the fifth day of reveals, and we have a quartet of ferocious Freljordians for today.

These transforming shamans harken back to Ursine Spiritwalker, and hint at Udyr’s entrance tomorrow.

Let’s take a closer look to evaluate their power level and possible decks!

Here are today’s Freljord cards for A Curious Journey: 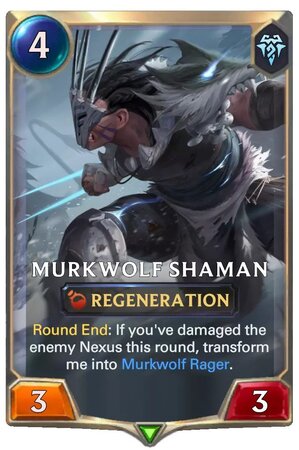 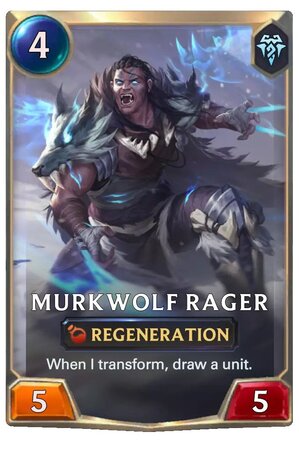 Murkwolf offers a bulky stat line if it manages to survive a turn, and recoups the card in your hand if you spend a spell activating it. Interestingly, this card has no aggressive keywording or inclination to be played in decks that want to end games fast. It sets the stage for a beefier Sejuani nexus damage deck utilizing things like Blighted Ravine that weren’t on the menu before.

Troll Chant and similar defensive measures are almost a certainty to pair with this card since removing it before it transforms, or before it regenerates back to full health, is going to be the primary countermeasure opponents will look towards.

Most Gangplank/Sejuani decks use Yordle Grifter and won’t be too interested in this fellow, but the raw power here between its stout stat line and draw effect will be worth an inclusion inside of slower Sejuani strategies such as Swain/Sejuani in addition to whatever the complete shaman plunder package ends up being. 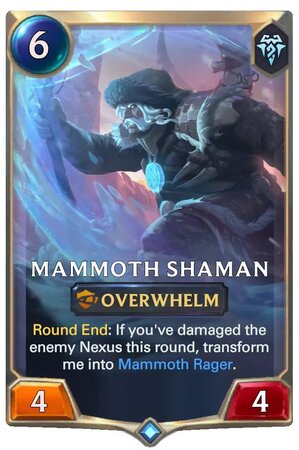 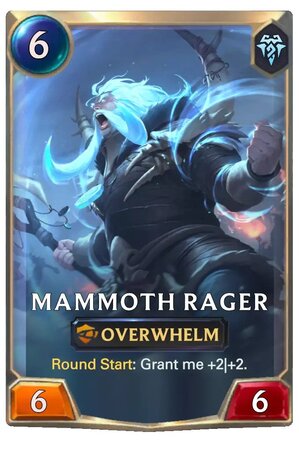 Mammoth is an apt name for this card, because its stats get absolutely colossal as the game goes on. Since the round end effect activates followed by the round start effect, this will be an 8|8 the turn after it comes down with room to grow.

Mammoth Shaman lends some potent staying power to Freljord’s Plunder strategies and will win the game solo if unaddressed by the opponent. But the 6-drop slot in those decks is contested by Sejuani herself, so Mammoth will really have to prove to be something worthy of inclusion to get out from under the shadow of the plunder queen.

Even though this is a unit that comes down on turn 6 and doesn’t impact the board immediately, that impact isn’t delayed by much. As soon as the very next turn, looking to crash through for 8 damage followed by 12 on the next attack is extremely threatening. Mammoth is a reverse Sun Guardian, and is a powerful card for all the reasons Sun Guardian is weak. 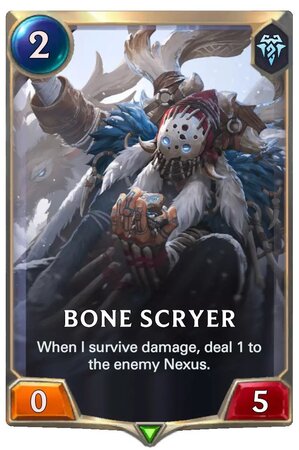 Damaging the enemy nexus on defense without spending a spell can often be a costly endeavor for Freljord plunder decks, and Bone Scryer certainly can help in that department. But the home I see for this card is in Scargrounds decks. The statline and mana cost are precisely what scars decks want in the earlygame, and going forward Vladimir/Braum builds are going to need a very good reason to not play three of this card.

That said, it doesn’t seem very promising in plunder strategies, be it Gankplank/Sejuani or slower transformation decks. Not being able to guarantee nexus damage on either attack or defense is a very serious drawback and will likely push this card out of decklists that don’t play Scargrounds. 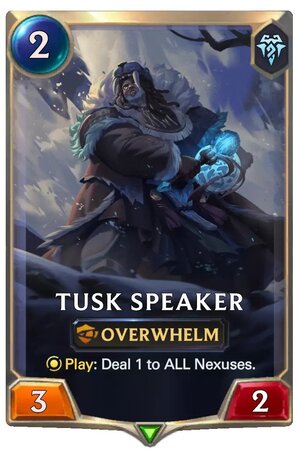 Tusk Speaker is poised to make an immediate splash in existing meta decks, and we haven’t even seen the rest of this new transformation archetype.

Guaranteeing one nexus damage proc and threatening another with overwhelm should make this an automatic 3x for Sejuani decks of all kinds.

It also will be welcome in Freljord overwhelm builds that are currently running Ruthless Raider and scavenging for other good early drops. 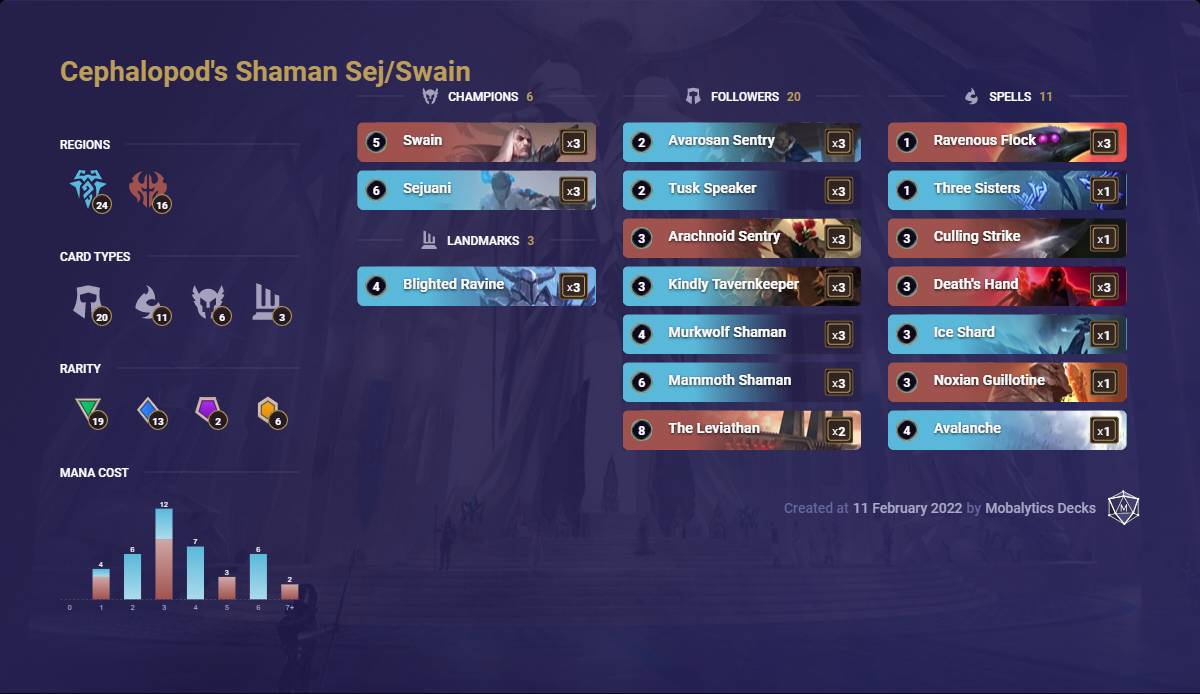 Taking stock of the sheer number of threats that demand hard removal, we have both champs, Mammoth, and Leviathan for a total of 11. Sejuani levels by the time your opponent starts to look for lethal, and Swain can level on a single ravine.

A wealth of ping + execute removal holds down the fort against faster decks while your top-end threats simply outnumber the opponent’s answers.

Swain/Sejuani existed before at the fringe of the meta, but these reveals really breathe new life into the archetype.

Although we don’t have the complete context for the new shamanic archetype, it’s already shaping up to be something worth taking seriously.