Day 1’s reveals have dropped and we’ve got a ton of cards from the upcoming expansion; A Curious Journey!

Here are the new Bandlecity cards from A Curious Journey expansion:

We’re revealing new A Curious Journey cards every day on our spoiler page. 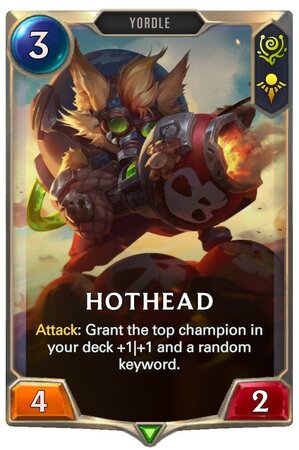 First up we’ve got a new multi-region Yordle. As a three-mana 4|2, the stats aren’t particularly exciting. However, a single attack trigger could make a real impact. Granting a random keyword to a champion has some serious potential. Imagine giving your favorite champion Elusive, or Challenger to someone with Quick Attack. That’s huge.

Unfortunately, there are a few problems. You not only have to ensure that Hothead can attack. Even when you get the attack trigger, you still have to draw the champion. Using tutors such as Entreat or Rite of Calling doesn’t even guarantee you’ll draw the buffed champion. And who’s to say whether the keyword will even be useful?

At the very least, it’s a decent Manifest option. So it’ll see some play regardless. 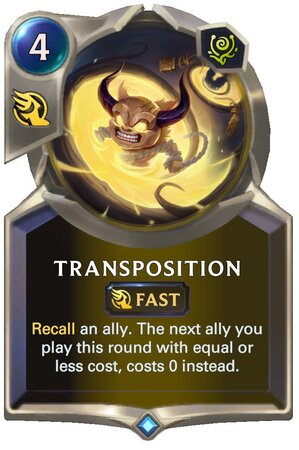 What a strange card. Transposition is a self Recall slotted into Bandle City. You could play it reactively like Retreat/Return in order to save a unit and resummon another (or itself) for free. But at four mana that’s a pretty niche trick, even factoring in lots of summon effects. Of course there’s the meme potential with Abominable Guardian to let you cheat out an 8-drop on turn three. That’s hilarious. Realistic? Not so much. 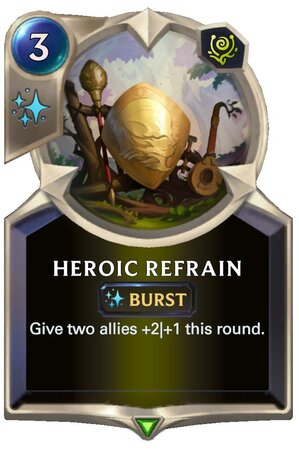 Heroic Refrain is basically Bandle City’s version of We Stand Together. However, the reverse stats look better as they allow you to threaten more damage and trade up in combat. Would I prefer this over Brothers’ Bond?

Likely not, as the +1 health doesn’t make up the extra one mana. But having access to this in Bandle City does give the region a new tool to experiment with, and it may be good enough to make the cut in some lists. 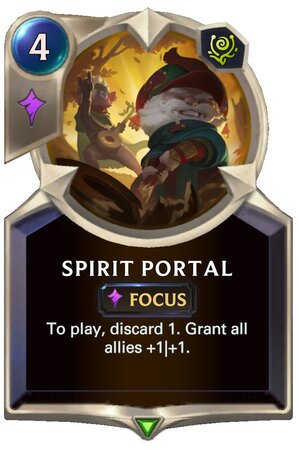 A Focus speed board buff is not something we’ve really experienced before. At four mana with a discard prerequisite, it’s expensive, but does have some potential. Don’t underestimate the value of a big open attack.

Discarding Flame Chompers or Reborn Grenadier pre-buff is a nasty surprise. There’s already a solid Bandle/PnZ archetype based around Yordles in Arms, and Spirit Portal could be a fine addition! 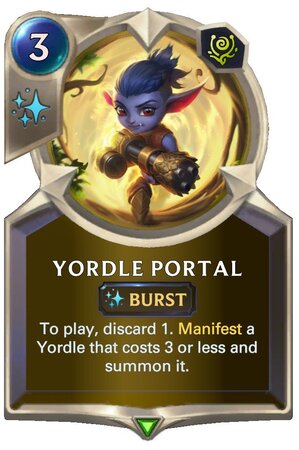 I’ve said it before and I’ll continue to say it again.. Burst speed summons have huge potential. Just like Spirit Portal, this also comes with the discard requirement. But as stated above, cards like Flame Chompers make this drawback an upside. Casting this into an open attack could drop two bodies onto the board for just three mana! That is an insane swing for the cost.

Our only potential issue is the Manifest consistency. It’ll take some time to feel out the pool of options; there are a lot of them. But as long as you’re able to utilize the discard effectively, I imagine the average case summons will make Yordle Portal feel very solid. 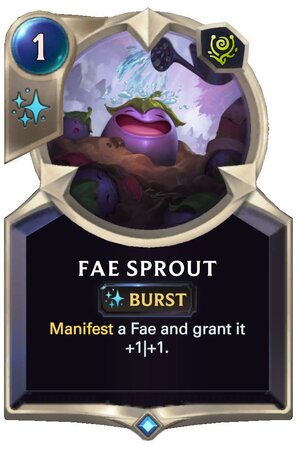 Looks like it’s time for the Fae to make their own archetype. You could reasonably cast this turn one and pick a two or three drop, as the increased +1|+1 will help make up for the one mana. Any other time you’ve got a flexible unit whenever you need it.

Compare this to Greenglade Elder. Both cost three mana, barring spell mana differences. The former puts a 3|1 on the board, the latter puts a one-mana 3|2 with SpellShield into your hand. Which would you choose? Honestly, neither.

Notably, Fae Aid only buffs Fae allies. We’ve only got six main-deckable ones thus far; nine if you include today’s reveals. So right now it’s hard to justify based on what we’ve seen. 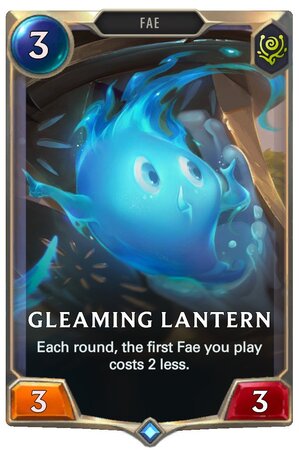 Now, this is a card. As a three-mana 3|3, it’s got even more aggressive stats than Bandle City Mayor. And with an even better reduction, you’ll be able to have some really explosive turns. Either flood the board fast or cheat out an expensive Fae even earlier! We’ll have to see how the rest of the Fae shape up, but Gleaming Lantern is undoubtedly a staple to the archetype. 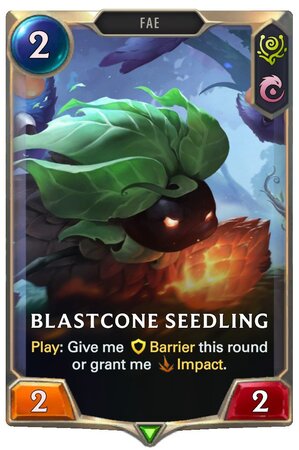 A 2|2 statline doesn’t feel great, but having access to a natural Barrier is super powerful. Brightsteel Protector is incredible at blanking enemy attacks but requires another unit on board. Blastcone Seedling does this alone!

Your opponent will have to think twice before developing or else they’ll get punished. And that’s not even factoring in any Fae support. The very low opportunity cost for a 2-drop creates strong play patterns. 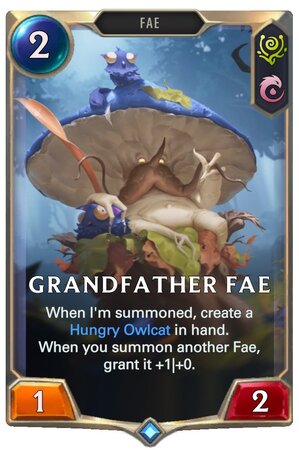 Grandfather Fae… Fae Explorer? The stats aren’t great but giving an Owlcat on summon is very nice alongside its inherent ability. That may be good enough to warrant playing him over other more aggressively statted 2-drops. 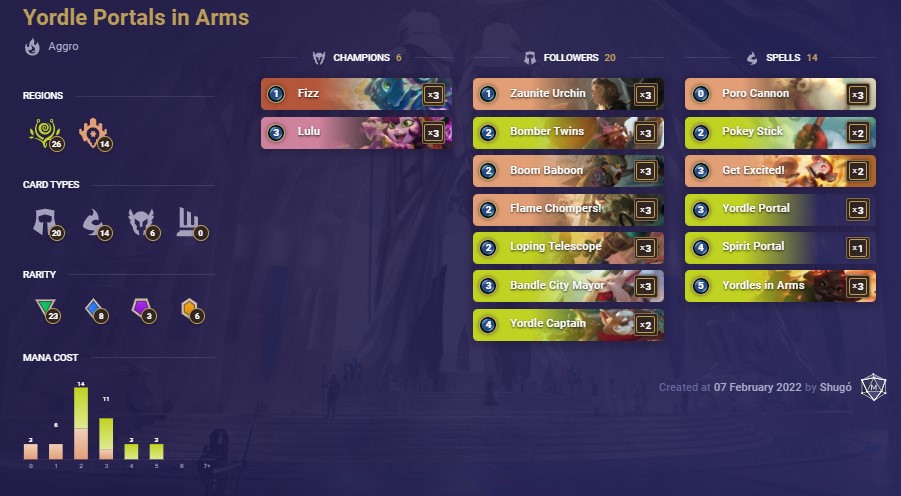 Yordle Portal looks like a super spicy slot into this list. Swarm the board to no end with your endless Flame Chompers and multi-region units. Then burst into their Nexus with your portals, or unleash the Yordles in Arms!

It’s easy to imagine how much can be done in a day. But how about three days? One week? One month? One year?

That amount of time is a lot harder to envision; until you get started. If you keep progressing each day, you’ll start to see a lot further ahead. The road ahead becomes clear.