The theme is *smash*. Gnar is just over the horizon and the adorable little hulk’s support cards are here and ready to do battle.

Let’s check out the impact they are looking to make on the new format down below.

Here are the four new cards from today’s package: 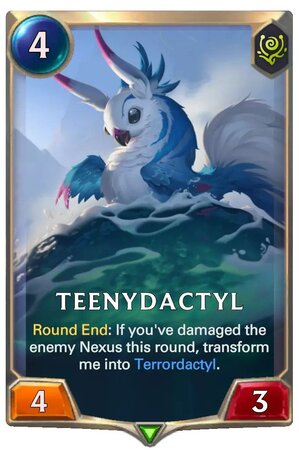 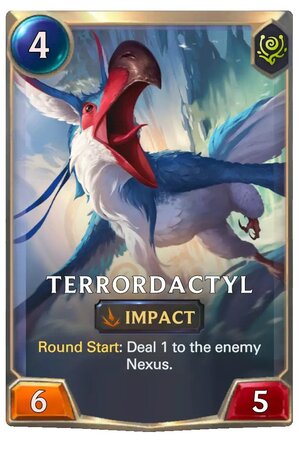 So a four mana 4/3 is below the average stat line by about two points. And a follower with just average stats and nothing else wouldn’t see any play without some serious synergistic help.

Sorry Bull Elnuk. So the question is does the flipped version make up for the sad beginning?

Well, Terrordactyl is kind of a monstrous threat. It will demand blocks, trade favorably, and deal continuous damage until it is answered.

No small ask with a five-point health margin. I could see this getting some play as an Impact finisher. 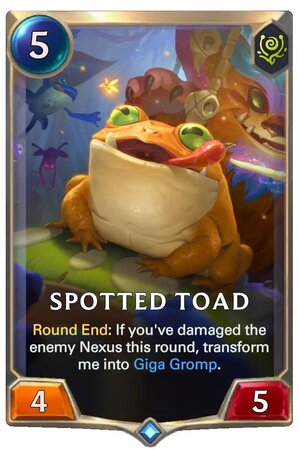 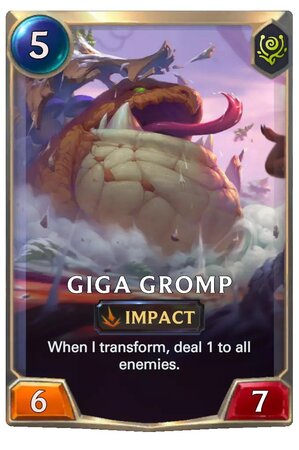 This one I will admit I am a little less excited by. Aggressive creatures that reach five mana need to have an awful lot going for them to make the cut. Like, Ruin Runner levels of things going for them, or better.

I’m frankly not sure that a five mana 6/7 impact would be good enough on its own to find a home in many decks.

Having to jump through the hoops to get there is probably going to consign Gigagromp to the meme pile, however cute it may be. 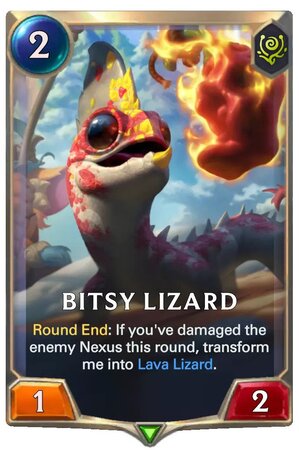 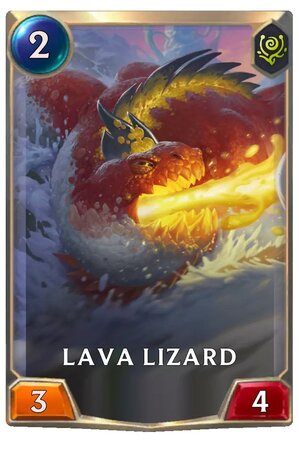 I’ll admit to being much less sure of my take on this one than the other two. A three mana 4/4 completely destroyed a format a while back.

While it might not anymore, a two mana 3/4 is an absolute unit.

However, the question is how consistently can we make sure this transforms on our turn two?

I think if the consistency is there then this card will have a chance, but it will depend on the one drops that make it into whatever deck exists with transform as its key mechanic. 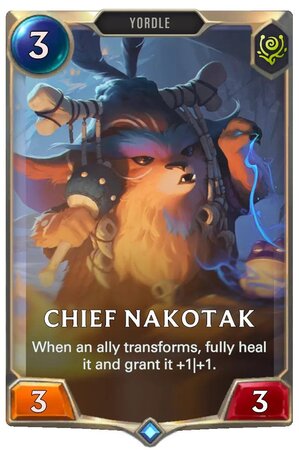 Just from what has been revealed today, I don’t think nako-tako here has enough followers to be a truly impressive chief.

That said, we are not done with the cards we are getting yet, not by a long shot. Gnar is waiting in the wings.

Depending on what Gnar looks like tomorrow this little dude could be the centerpiece of a deck, or see absolutely zero play. Three mana 3/3 plus an effect is not a bad starting point for some quite real power. 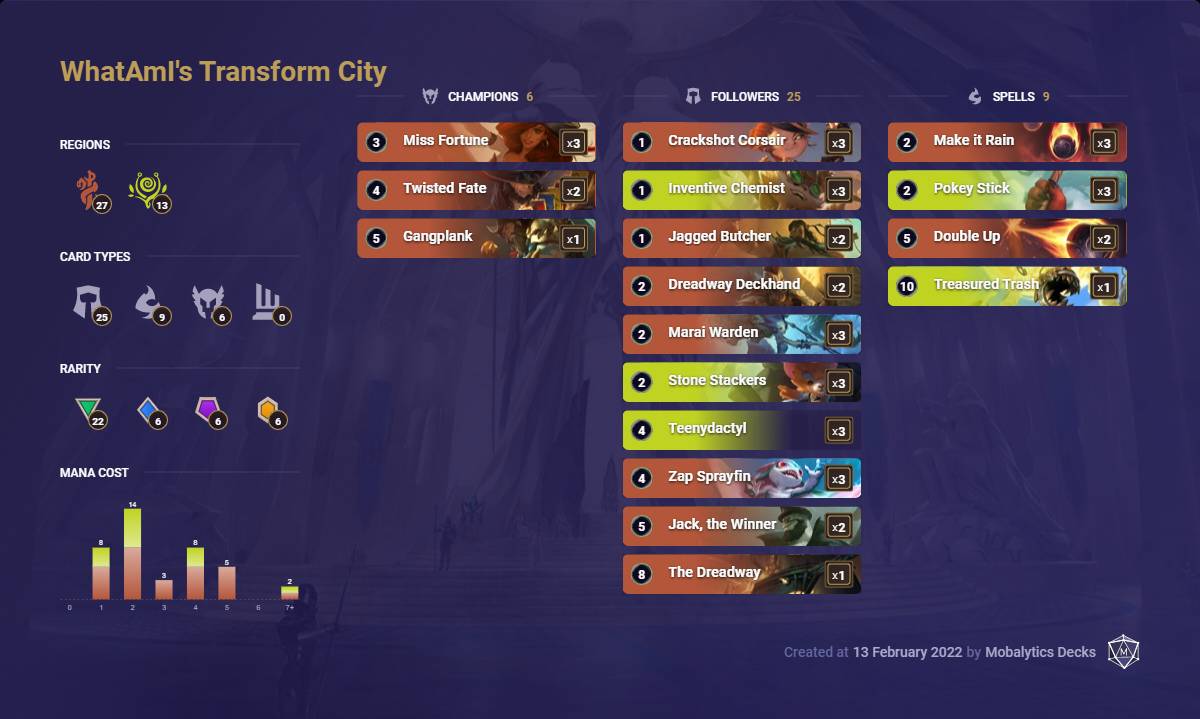 Ping city caught the blast radius on a couple nerfs that took it out of the meta, but it is the perfect home for Teenydactyl. This deck will flip into Terrordactyl on turn four ridiculously consistently. And after that happens your opponent is in some serious trouble.

Beyond that you pack a pretty impressive amount of burn to find game-ending lethal swings when your opponent thinks they are safe. I’ve always liked to scale towards the late game just a little bit more with this archetype, so you’ll notice a few slightly unusual inclusions.

Jack has been out of the meta since he lost his sixth point of health, but we’ve forgotten how much reach he can give. And if you’re ever worried about running out of gas Dreadway or Treasured Trash can find some very silly wins out of absolutely nowhere.

Solid early aggression and tempo? Check. Midgame power spikes that threaten continuing pressure? Check. Solid endgame targets with burnout potential to back them up? Check it all off and this aggro deck is ready to rock.