5 World Ender Decks You Should Try Out

The Darkin Saga has come to its earth-shattering conclusion.

Aatrox is here and all shall fear his mighty power.

I’m Jordan “WhatAmI” Abronson and I’ve got some crazy new brew for you to try out on day one of the new expansion.

Let’s check them out together. 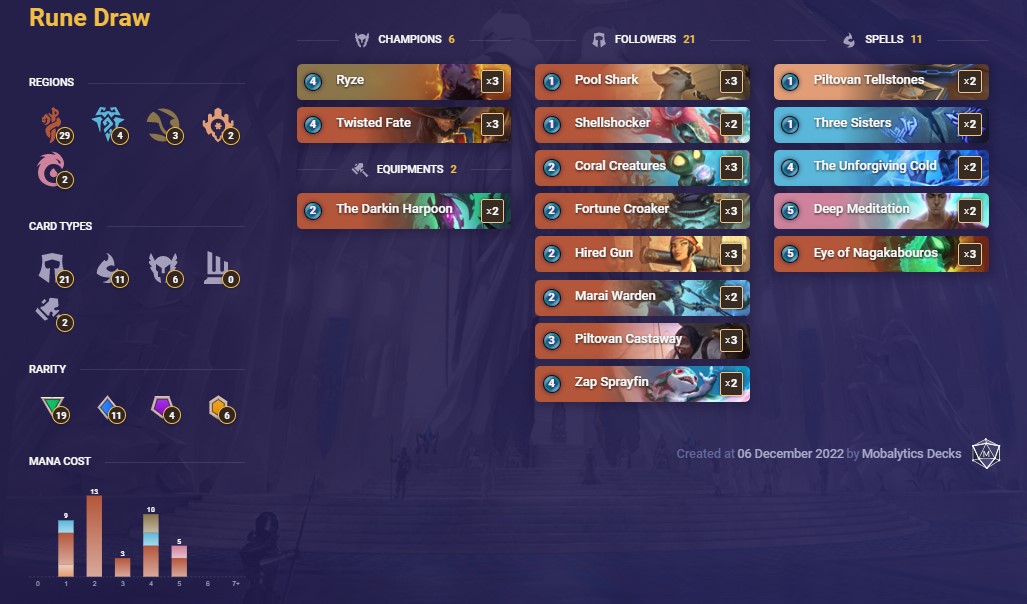 The first of two Ryze decks I have here today has an absolutely single-minded focus on the world rune win condition. Our only plan is to stay alive and draw as many cards as possible so that we can assemble our ruins to blow up the opponent’s nexus in spectacular fashion.

Who, I asked myself, also loves drawing an unreasonable number of cards and sits squarely in a region known for doing such? Yeah, gold old Twisted Fate is back at his shenanigans again and ready to be a solid value card and alternate win condition.

Beyond that, we simply have swarms of cheap units ready to trade down the board and keep us alive. We don’t actually interact without opponents particularly well, but the theory is if our champion reads “you win the game,” they probably have to interact with us. 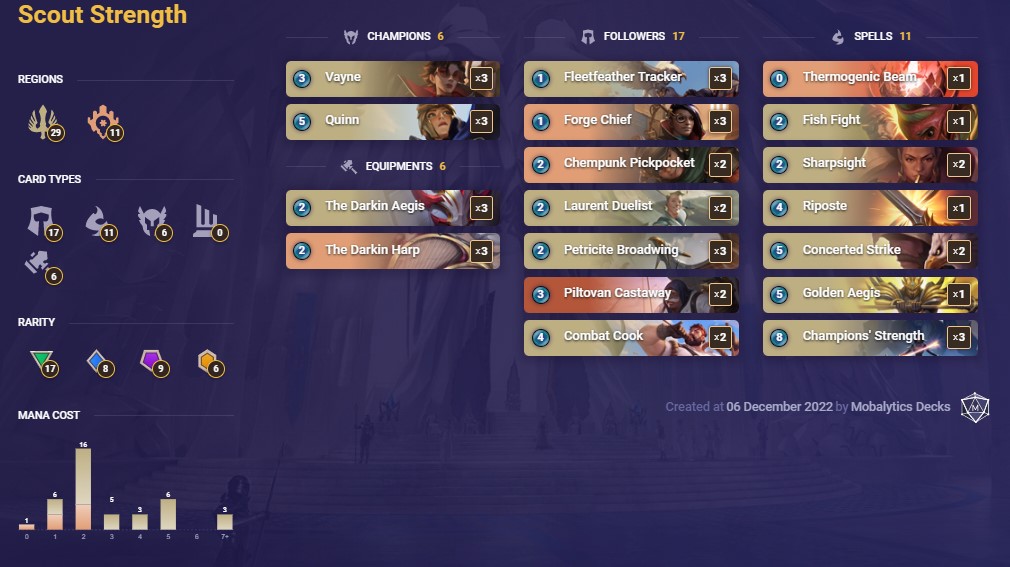 Vayne/Quinn has been hovering around the edges of tier-one competitive play for almost the entirety of the last expansion. This deck just got a huge upgrade in the form of Champion’s Strength. If you have any kind of board at all this spell basically reads as an eight-mana “I win now,” button.

We’ll still have all the other powerful tools we used to as well. Solid number of challengers paired with our Darkin equipment make us reasonably interactive. The odd strike spell or Thermogenic Beam slides us up another notch or so on that axis as well.

Vayne is still a singularly difficult threat to deal with, especially with any kind of equipment-based backup. And while she demands an answer, we’ll just be setting up for our powerful late game later. I absolutely love multiple-angle decks and the power they wield.

Last but not least let’s not forget our last backup plan of simply slamming large Darkins and swinging for the horizon. Styrattu is a crazy threat all on its own. It just gets better when you realize that you are drawing toward discounted Champion’s Strength. 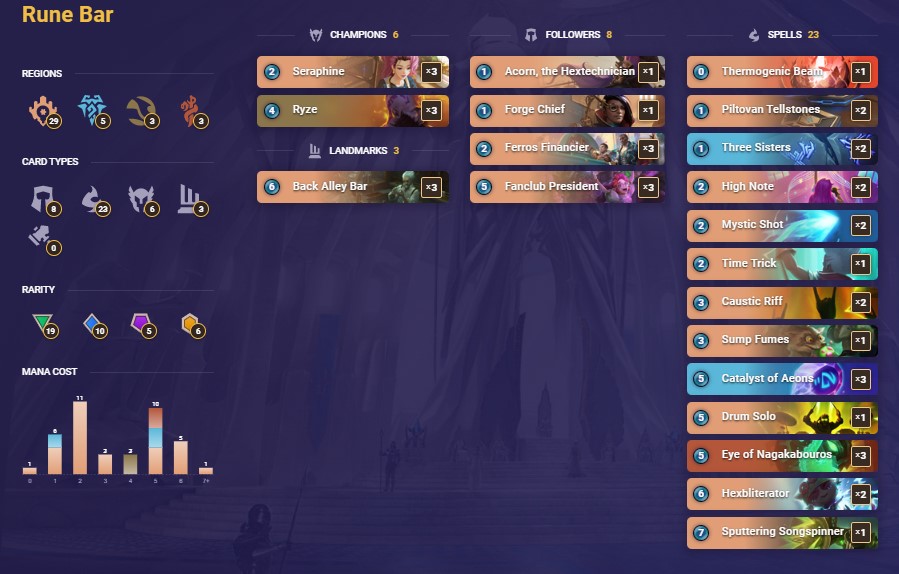 My second Ryze variant is almost more interested in his region than the man himself. Not that we’ll turn down the power of some solid alternate win conditions mind you, but it’s not really the main goal here. No, our most powerful game plan is actually quite simple.

The world has already realized that Back Alley Bar is an incredibly powerful card. So why not get that beautiful mana cheat in a turn earlier? A mana-based control deck that gets to run Catalyst of Aeons has always been a powerful starting theory, just ask Feel the Rush.

This concoction will be oppressively difficult to play against once it gets running on all cylinders. Random nonsense will fly from every direction while a combination of Zaun removal and the sneaky frostbite or two that Ryze lets us sneak in will give opponents headaches on its own. 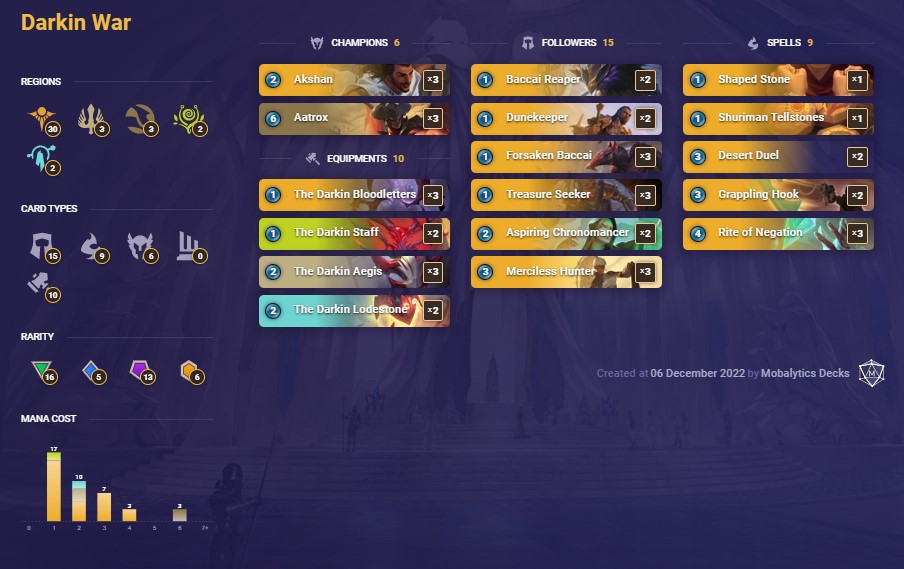 While I didn’t give him front-page billing, I would be remiss if I did not pay tribute to the World Breaker himself. Mr. Aatrox is here and ready to send his legions of Darkin followers into battle. And who better to help him accomplish that then the target-loving Akshan?

This may look like an aggro deck at first glance, but don’t let the plethora of one-drops deceive you. More than anything those are our vehicles to get the weapons up and running and make sure that the world ends in a timely manner once Aatrox makes his appearance.

You might occasionally managed to get an aggressive victory, but this deck is perfectly happy to play the game slowly. You have five eight drop units in your deck and Aatrox does a marvelous Nautilus impression if you manage to fulfill his conditions.

My favorite deck archetypes are always the ones that shift their theoretical win conditions based on all the factors the game provides. This deck certainly provides that agency, and is also significantly more interactive with its opponent than it might appear at first glance. 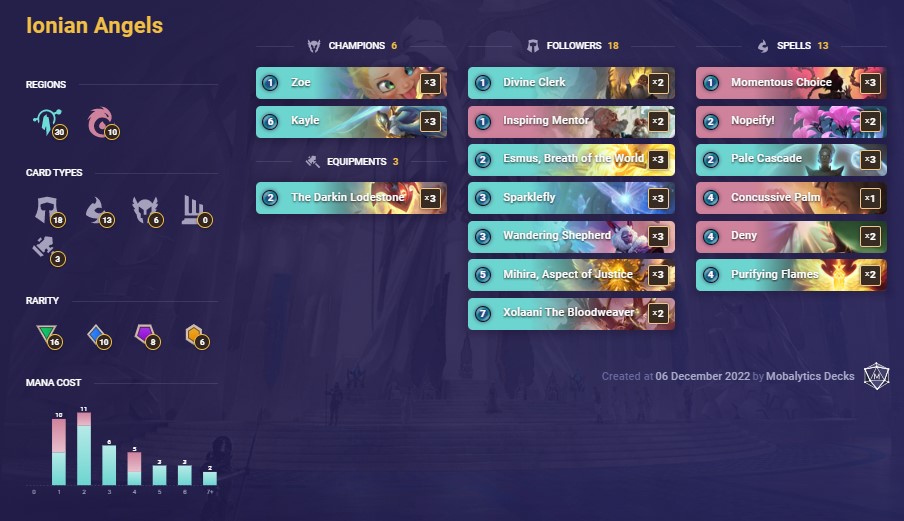 Lee sin may have been nerfed out of top-level playability, but I think that Targon/Ionia fans might be getting granted a new powerhouse for this color combination. Kayle is here and ready to throw out some insane power if you can get the right buffs running for her.

Even beyond that though the power of Mihira, Aspect of Justice is simply off the charts if she can live through her first turn in play. We’ve got some solid protection with Nopeify and Deny to make that happen. Momentous Choice also pitches in the odd buff or two.

Purifying flames is another card that makes this idea possible. It may be a touch slow, but if you target a Sparklefly and a Mihira with it then that speed almost ceases to matter. Whatever damage your opponent can do, simply drain it all right back.