3 Void Champions We Want to See in LoR (Custom Cards)

Today instead of going into something competitive or strategically important we’re doing things a bit differently.

I’m Jordan “WhatAmI,” Abronson and with the unveiling of Kai’Sa, I thought I’d take a moment to look at what here and other Void champions might potentially look like in the upcoming set.

Here are my takes for Cho’Gath, Kassadin, and of course, Kai’Sa.

I’ve long been fascinated with the idea of trying to put disadvantages on cards to push the envelope on what is balanced but still interesting in card design. The new Runeterran champions are obviously a good example of that, constraining deck design space in order to concentrate power in the champion itself.

We can look further back in Runeterra’s history though and get significantly simpler for the basics of this theory. Something as straightforward as Reckless Trifarian stands out. We can put more stats in one place than would usually be allowed because it can’t block. 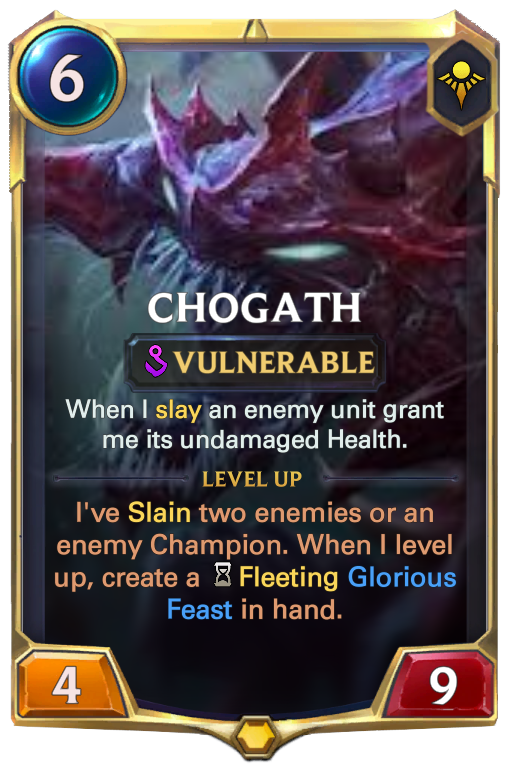 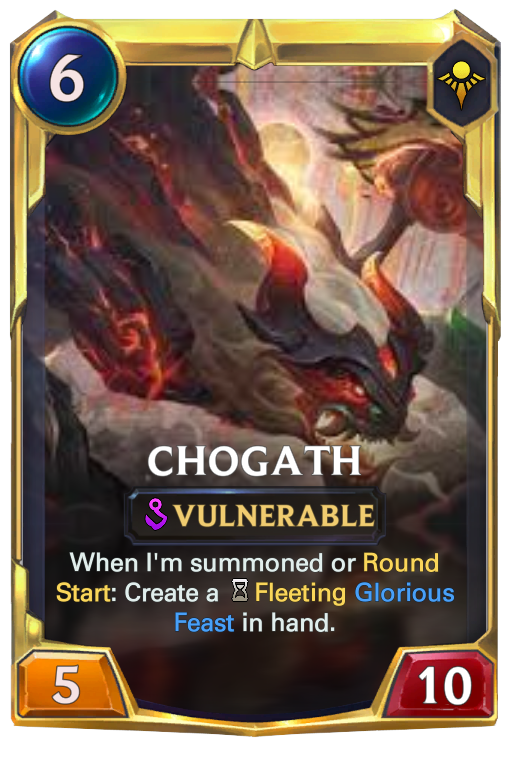 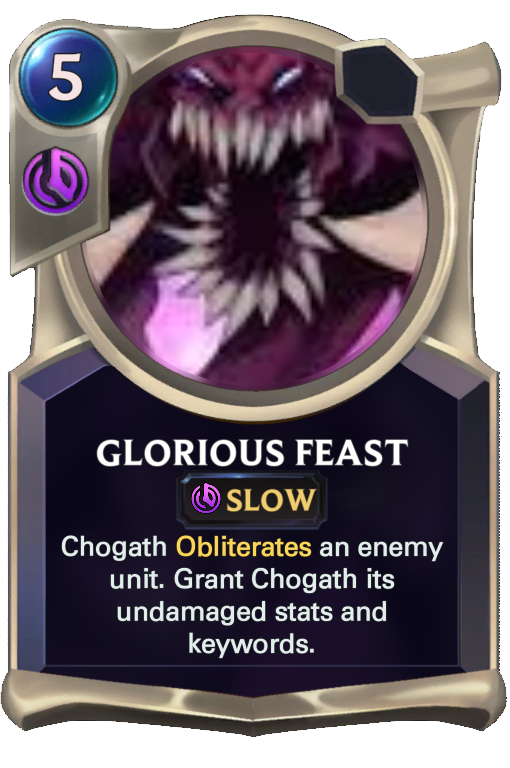 Slow, lumbering, powerful Cho’Gath, seemed like an ideal candidate for another idea. A massive and often unstoppable force to be reckoned with, but not exactly the best at getting where he is going. Without further ado, I present, Cho’Gath!

If you can help this Void-friend get their nom on then they will proceed to munch all over your enemy’s board and then their nexus. However, unassisted he’s unfortunately easy to swarm under or ignore. I also wanted to get the feel of being rewarded for chowing down on champs in there with his level up.

Continuing with the theme of putting in a disadvantage to allow extremely powerful payoffs Kassadin felt like a great vessel. Anyone who has played this champion in League of Legends knows two things about them.

One, is that they teleport everywhere. I figured that was the easy way out, so I decided to focus more on the second aspect. Kassadin is ridiculously weak in the early game, often an active detriment to the team, until you pump him full of mana and he goes absolutely nuts killing everyone around him. 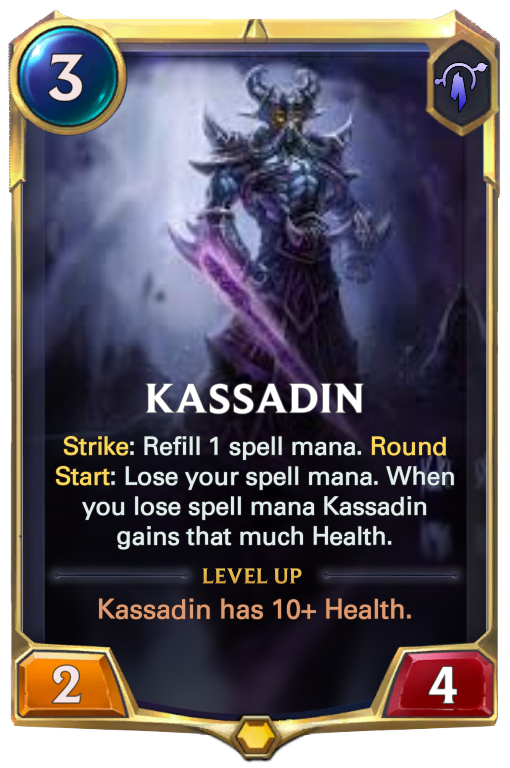 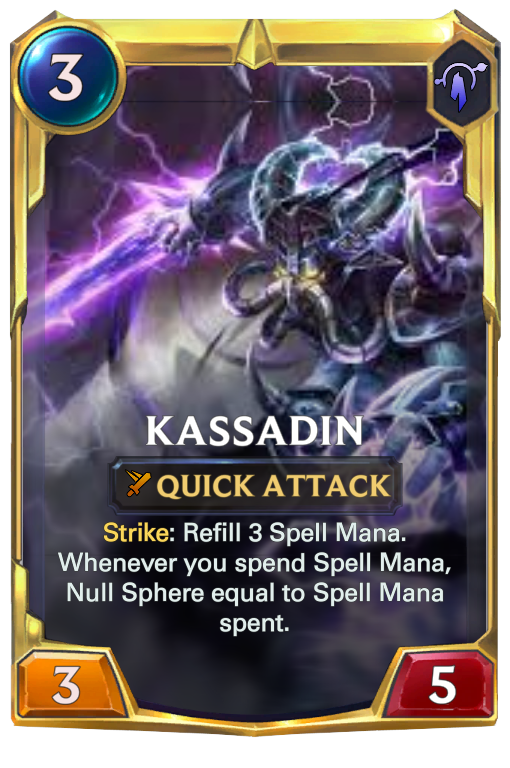 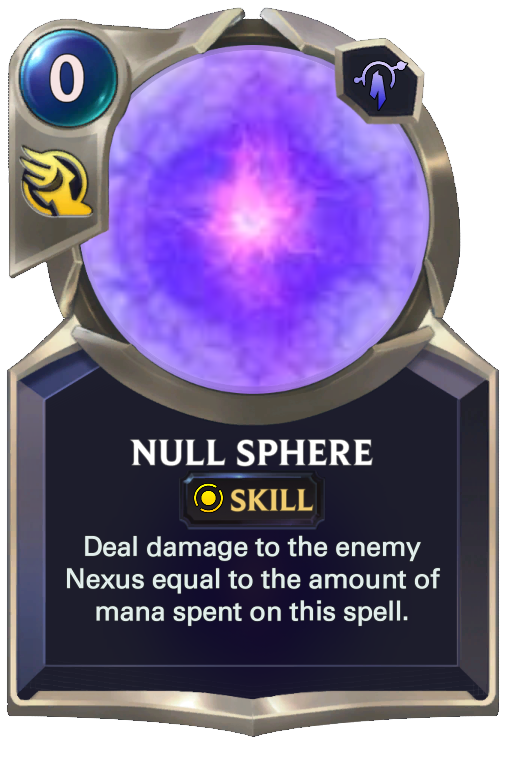 Having no spell mana in the early and mid-game is a huge detriment to be able to get around. But if you can then Kassadin will murder your opponent’s nexus with Ezreal levels of focus, especially if you have some strike spells to back them up. You can also shortcut this process using buff effects, to allow some additional synergy with other archetypes.

For Kai’Sa I wanted to keep the theme going of a cost to be paid for power in the void. A theme is no fun if you abandon it part way through after all. This time though we’ll focus in on two of Kai’Sa’s key concepts.

Number one, the unreasonable speed and slipperiness with which she moves around the map and a team fight.

Number two, the crazy range she can enter a battle from, jumping all the way across a map, or maybe even out of a deck. 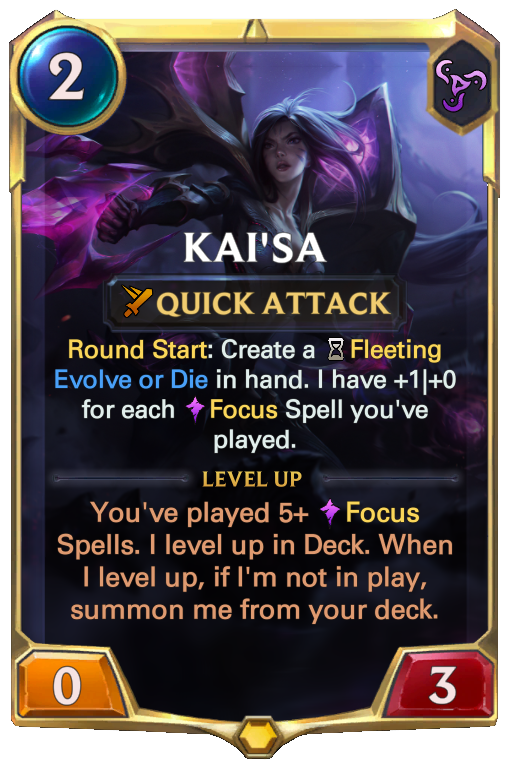 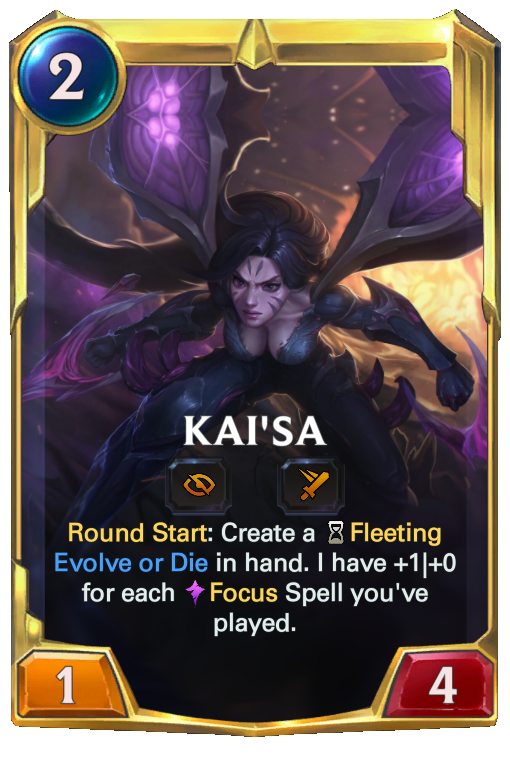 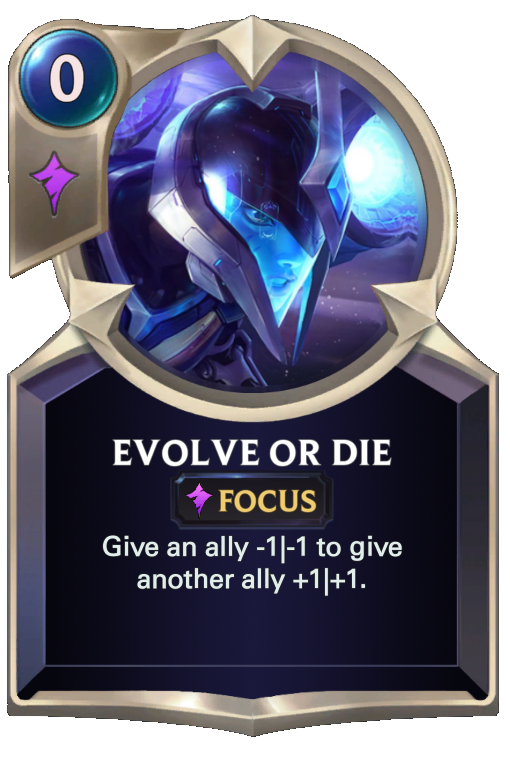 Kai’Sa has no time for weakness. When thrust into the inhospitable territory of the void only the strong, or those willing to make themselves strong at any cost will survive. But those that do make it will be all the stronger for the experience.